It started like every other family dinner. Kelly sat around the table with her parents, grandparents, and two older siblings. They each talked about their days. Kelly, who was 10 at the time, mentioned that she felt an odd pain in her left leg. Her parents assumed it was growing pains—both of her older siblings experienced the classic aching and throbbing feeling in their legs as they went through growth spurts around Kelly’s age. When Kelly went to show her mom, Carolyn, the spot on her shin that hurt, she caught her leg on the table and shrieked. “This was a kid with a high pain tolerance, so we knew something had to be wrong,” Carolyn says. 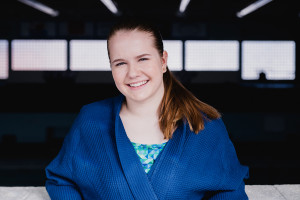 Carolyn took Kelly to her primary care doctor the next day for an X-ray. The results were concerning to Kelly’s doctor and her mom, an oncologist at a local hospital. Kelly and her family were quickly introduced to Michael Isakoff, MD, clinical director for the Center for Cancer and Blood Disorders at Connecticut Children’s and director of its sarcoma program. A biopsy days later confirmed what Carolyn had feared the moment she saw the initial X-ray: Kelly was diagnosed with osteosarcoma, a rare bone cancer.

Dr. Isakoff got to work on devising a treatment plan for Kelly. “Mike is extremely thorough and thoughtful,” Carolyn says. “He was also a great patient advocate for Kelly.” A week after the biopsy, Kelly started chemotherapy, but a major decision still lay ahead. “Kelly’s case was complicated,” Carolyn says. “I suspected from the start that she was going to have an amputation.” Kelly weighed her options with the help of her family, Dr. Isakoff, and Child Life Specialists. She could try limb salvage, but that choice would likely limit her ability to remain as active as she was before her diagnosis. Kelly ultimately chose amputation—removing the lower half of her left leg would also remove the bone tumor on her shin. After surgery, Kelly remembers her prosthetist asked her to draft up a list of things she wanted to be able to do once she finished treatment. Among other activities, her list included skiing, swimming, sailing, and biking. When Kelly’s prosthetist saw what she wrote down, he took her parents aside and asked if they could get her to add walking to the list. “Nobody at Connecticut Children’s ever told me there were things I wouldn’t be able to do,” Kelly says. “I already expected to be able to walk.”

The Long Road to Recovery

With the combination of chemotherapy treatment and recovery from surgery, Kelly spent more than 120 days over the course of a year at Connecticut Children’s. For Kelly and her family, being so close to home made a huge difference. At the time, Kelly’s sister and brother were a junior and senior in high school, respectively. “We’re so grateful we were able to get such great care locally,” Carolyn says. “If we had to go out of state for Kelly’s care with two teenagers at home, it would have been really difficult and disruptive.” Instead, her brother regularly made the drive into Hartford to bring Kelly her favorite Ben and Jerry’s ice cream.

What Kelly remembers most about her extended stay at Connecticut Children’s are all the little ways the staff went above and beyond for her. One example was “nurse mail.” Kelly and two other children were on a similar treatment schedule, so they often found themselves at Connecticut Children’s at the same time, just a few doors down from each other. Treatment sometimes left them too tired to leave their rooms, so the nurses let them write notes to each other and hand delivered them among the trio. Kelly was also a big fan of the slushies that were available in the post-anesthesia care unit (PACU), so nurses, aides, and medical assistants would generously trek down to the PACU to get her a slushy. The PACU gives patients slushies after surgery to ensure they’re keeping down food and to help with nausea, but they also turn out to have benefits for patients undergoing cancer treatment. The slushies can help prevent mouth sores, a common side effect of chemotherapy treatment.

Growing Up, Giving Back 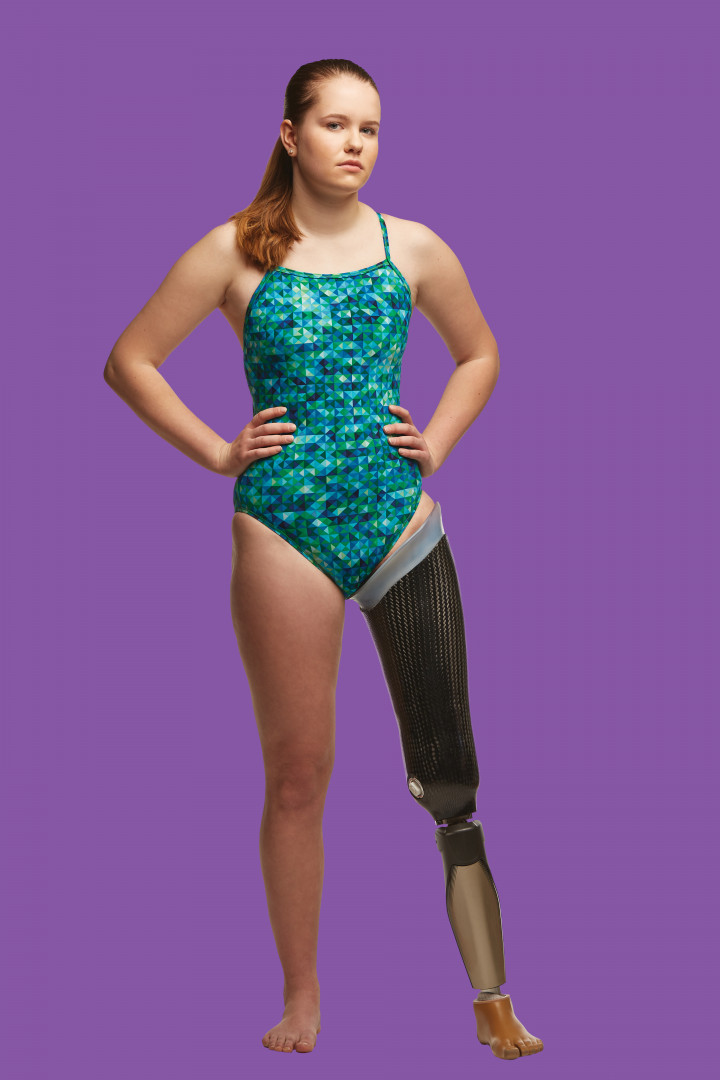 In the five years since finishing treatment, Kelly, now 16, has paid it forward in many ways. She started the Connecticut Children’s Slushy Fund, and to date, she has raised more than $60,000. With help from Taylor Freezer, Kelly was able to donate two slushy machines to Connecticut Children’s—one on the eighth floor, her home away from home during treatment, and one on the fifth floor in the Center for Cancer and Blood Disorders. She also testified at the state’s General Assembly on behalf of Connecticut Children’s and lobbied lawmakers on the part of the Connecticut Amputee Network. The network’s efforts helped pass legislation that mandates private insurers reimburse for prosthetics on par with Medicare and Medicaid.

Kelly also became involved with the Challenged Athletes Foundation, an organization that helps people with physical challenges remain active. For the past five years, she has competed in the group’s San Diego Triathlon Challenge, completing the one-mile swim for her team. She swims on her high school swim team, too, and teaches sailing in the summer. She has managed to do all of the activities she wrote down on the initial list for her prosthetist as well as some she didn’t even consider or imagine back then. But Kelly says that doesn’t surprise her at all: “Connecticut Children’s gave me the foundation to say, ‘Hey, these are my dreams, now here’s how I’m going to make them happen.’”

Contact our Center for Cancer and Blood Disorders team to learn more about how we can help children with rare bone cancer.