When Madisen Yanez was almost 2 years old, she told her mother she had a “boo-boo.” Little did her mother know, the “boo-boo” was actually a tumor the size of a grapefruit—engulfing her kidney.

“She kept saying she had a ‘boo-boo’ in her belly,” Megan recalled. “She started complaining right before Christmas. We called it the ‘Boo-Boo Game.’ For a couple of days, she pointed to her belly. Other than that, she wasn’t acting any different,” she said. “She seemed perfectly happy.”

But the mood soon changed when Megan and her husband, Leo, took Madisen in for her two-year checkup the Monday after Christmas in December 2008. They learned that their daughter had a mass in her stomach and were told to return another day for an ultrasound.

“It was our baby and we did not want to wait,” Megan said. “We went to the ER at Connecticut Children’s Medical Center, and they admitted her that day. By Wednesday, they had removed her tumor and her kidney,” she explained.

A Rare Form of Cancer 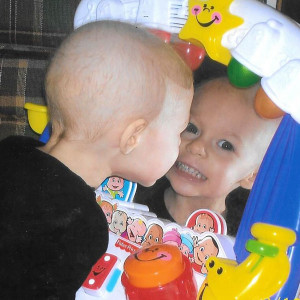 Madisen was diagnosed with a clear-cell sarcoma of the kidney, an extremely rare type of kidney cancer comprising about 3 percent of all pediatric renal tumors. At Connecticut Children’s, only 1 to 2 children are diagnosed with this type of tumor each year.

“It is a very rare type of tumor but, thankfully, has a good success rate of successful treatment with aggressive chemotherapy regimens,” said Kerry Moss, MD, Madisen’s off-therapy oncologist for the past four years.

Following surgery, Madisen underwent six months of intense chemotherapy. “She would go in three times a week to get blood counts,” Megan said. “She had nuclear bone scans and there were blood transfusions as well.”

Madisen finished chemotherapy in July 2009, but her port wasn’t taken out until November of that year. “Her bone marrow wasn’t regenerating fast enough, so we went back every week until early November for blood tests,” Megan explained.

Despite all she had been through at such a young age, Megan said her daughter was a trooper. “When I look back at how well she handled it, she was happy,” Megan said.

Today, Madisen is a healthy, happy 11-year-old who attends middle school in Coventry, where she said she is excited about trying out for drama and the softball team this fall.

In addition to spending time with family, including her 2-year-old brother, Mason, Madisen has been active in a number of activities to benefit patient care at Connecticut Children’s over the years, including HuskyTHON, Radiothon, and Cycle of Life. But one of her favorite fundraising activities is “PJ Day for the Kids,” which she promotes with her best friend, Charlotte Wesoloskie.

“I’ve known Charlotte since preschool,” Madisen said. “She’s kind of like the sister I never had.”

As fellow-cancer survivors, the girls share a special camaraderie, and every year they put their hearts and energy into PJ Day to raise money for pediatric cancer care at Connecticut Children’s.

Charlotte, who was diagnosed with rhabdomyosarcoma when she was 3 weeks old, was the inspiration behind PJ Day, in which children and adults wear pajamas to work or school one day a year for donations that help support the world-class care that Connecticut Children’s provides for children with cancer. In 2017– its seventh year – PJ Day for the Kids was declared an official day of awareness by the Connecticut legislature and went on to raise nearly $198,000.

As for her own care journey, Madisen goes back to the Connecticut Children’s Center for Cancer Care & Blood Disorders once a year to see Dr. Moss for checkups. But for those who are facing a cancer diagnosis, Madisen offers these words of advice: “Stay strong!”

Megan says she had a lot of doubts when Madisen was diagnosed with cancer. “I felt as if I had done something wrong,” she said. “It’s hard not to feel responsible when it’s your own child.”

But Megan never doubted where Madisen would go for treatment.

“Connecticut Children’s is so close to home, and the care is so compassionate. For us, there was no question about where we would go,” she said.