My son Josh is 17 years old and going into his senior year of high school. He loves participating in musical theater. In fact, he recently co-starred in Meriden Youth Theatre’s two-week production of “Camp Rock.” When he’s not on stage, Josh loves hanging out with his friends. Now that he has his driver’s license, it seems like Josh is never home!

I couldn’t be more proud of my son — both for his talents and his tenacity. Life hasn’t been easy for Josh these past few years. In 2015, Josh was diagnosed with Type 1 diabetes, a chronic condition where his pancreas doesn’t produce enough insulin. That prevents glucose, the body’s main source of energy, from entering the cells, so it builds up in the bloodstream and can damage blood vessels, kidneys, nerves and eyes. If left untreated, it can be fatal.

Knowing your child has a chronic disease isn’t easy for any parent, but I’m grateful we haven’t had to take this journey alone. The team at Connecticut Children’s Diabetes Program gave us the care Josh needed when he was at his lowest point, and they’ve been there for us ever since. Through it all, I’ve been astonished at just how resilient Josh has been and continues to be. 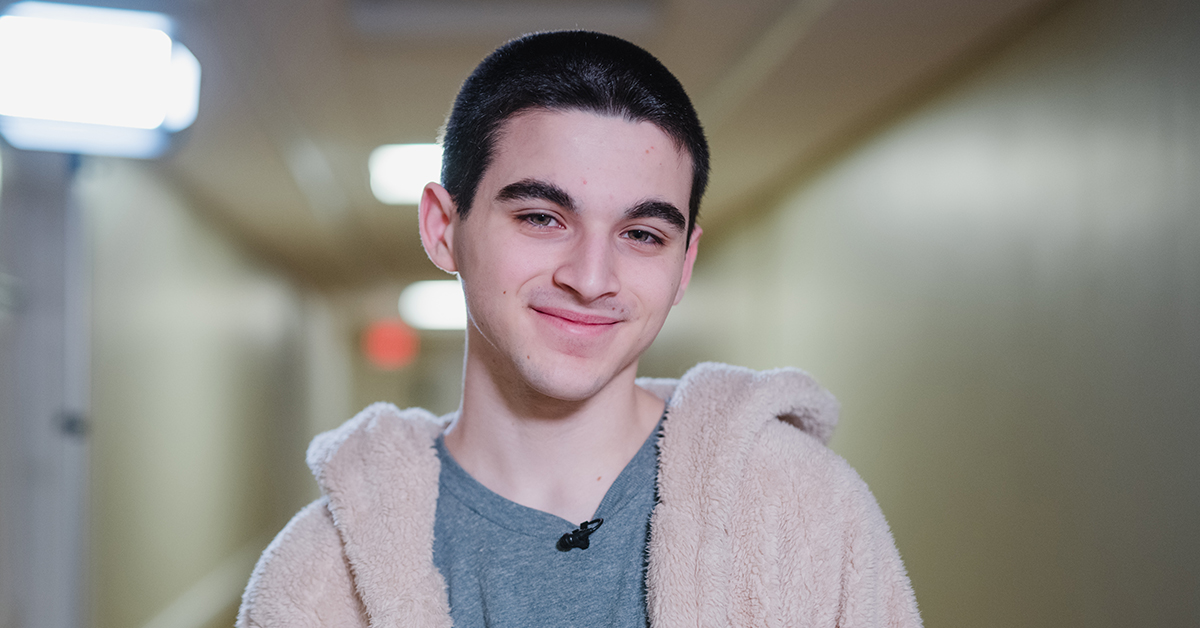 They say the date you find out your child has Type 1 diabetes is one you’ll remember almost better than your child’s birthday. They’re not kidding. It was 11:15 a.m. on June 22, 2015.

Really, though, there were clues something was wrong a few days before. Josh’s older brother was graduating from college, and Josh wasn’t feeling well. We all thought Josh was just coming down with the flu or that he was stressed about the end of the school year. I made an appointment to see Josh’s pediatrician.

On the morning of the doctor’s appointment, I’d had trouble getting Josh out of bed to go to the doctor. He had trouble breathing and abdominal pain. The pediatrician hadn’t seen Josh in a while, and he asked Josh about the weight he’d lost recently. He was very skinny, but I thought it was just a growth spurt. Josh told the doctor he’d lost 10 pounds since Thursday — a four-day span. Something was seriously wrong.

After a blood test, the doctor told us we had only one hour to get to Connecticut Children’s for more testing and treatment. The situation was urgent. I was dumbfounded. I started to backpedal. I wanted to stop at home first. I wanted to do anything other than believe that my son was really this sick. But, very firmly, the doctor insisted — and now we only had 45 minutes.

When we pulled up to the curb at Connecticut Children’s, we saw a team rushing out to our car. “They can’t be for us,” I said to my husband, David. “Yeah, they have to be for someone else,” he replied. But when I rolled down the window and heard them ask if we were Josh’s parents, my heart sank. They told us they were taking Josh out of the car, and we should leave the car for the valets to park and follow them. We didn’t have to do any paperwork. That’s when I realized how much trouble Josh was in.

It turned out that Josh was in a state called diabetic ketoacidosis (DKA), a potential complication of untreated diabetes in which the blood becomes so acidic that it starts to erode the blood vessels. Without treatment, it’s potentially life-threatening. Josh had been sick for months, but we didn’t know it.

We spent the night in the pediatric intensive care unit (PICU), where the team worked slowly to treat Josh’s extreme dehydration and low glucose. I learned that, without the proper care, rehydrating someone with DKA can lead to cerebral edema, or a swelling of the brain. But everyone on the Connecticut Children’s team worked to minimize any anxiety Josh was feeling. When they needed to bring in a specialist to get his IV lines started, the nurse casually told him, “Hey, I’m gonna get someone who does this better than I do.” He needed that. They did their jobs in such a compassionate way to keep Josh informed without frightening him.

While everyone taking care of Josh rushed to get him the help he needed, they also considered how we were doing and managed to take care of us as well. We were lucky to have a nurse in the PICU whose daughter had Type 1 diabetes. She told me it was going to be OK and that we’d be able to handle this. That’s what I needed to hear.

That stay at Connecticut Children’s was short — just 24 hours. To me, though, it felt like years, waiting and wondering if my son was going to be all right. I’m so thankful that we have this team of experts close to home who were there for Josh — and who have continued to be there for him.

Since that one and, to date, only hospital stay, the team at Connecticut Children’s has been great in following Josh’s lead in his diabetes care. We went to training on how to operate an insulin pump, which automatically keeps a baseline level of insulin in the patient’s system. However, pumps can have a risk of occlusion, or a blockage in the pump line that requires emergency care to treat. Even though a pump would have been more convenient, Josh didn’t want to sacrifice having control over his disease, so he delivers all his insulin himself through injections.

Josh uses a continuous glucose monitoring system called the Dexcom G6, which lets him track his glucose levels without having to do frequent blood tests. However, if he feels differently than his monitor indicates, he’ll still test his blood to be safe. Josh gives himself shots of insulin with breakfast and lunch, as well as any snacks he might have if he goes out with friends. At night, he gives himself a 19-unit shot of insulin so he can make it through the night without risking the amount of insulin in his body falling to dangerously low levels.

I’m so grateful for the training we got at Connecticut Children’s on how to deal with Josh’s diabetes. Michele Perriolat, RD, Josh’s diabetes educator, is amazing. She understands our family’s sarcastic sense of humor and how we use it as a coping mechanism. I joke that I’m surprised she still replies to my emails after I constantly messaged her that first year asking questions or seeking advice.

Through it all, Josh has been under the care of Nancy Street Dunbar, MD, MPH, FAAP, his endocrinologist. Josh sees Dr. Dunbar more than he sees his pediatrician. Dr. Dunbar has been great. A couple of years ago, she started asking Josh about his mental and emotional health and how he deals with his diabetes. That really impressed me. Josh told her that he was tired a lot, that he was anxious and that he sometimes had trouble sleeping. She told him, “We can fix that,” and she prescribed medication to help with his anxiety symptoms relating to his diabetes. I love that she continues to monitor him. One of the first questions she asks at each appointment is, “How are we doing, Josh? How’s our head?”

The people at Connecticut Children’s treat the whole of Josh, not just his diabetes. That’s great to know as a parent. And it’s been a helpful approach when Josh has experienced complications. This past Easter, Josh had a high glucose reading that we just couldn’t lower at all. We tried everything we knew. I hate calling the on-call nurse, but I did. I told her, “I don’t know what I did wrong.” She asked me, “Why do you assume it’s you?” She reassured me that it just might be something about Josh’s body, and she gave us tips that helped us avoid having to come to the emergency room on a holiday weekend.

Despite all these challenges, Josh has been so resilient. He’s our family’s hero. He’s done multiple shows a year with his theater troupe that are physically and mentally demanding, but he never lets anyone see him sweat. Type 1 diabetes may have changed the journey Josh has been on, but it certainly hasn’t stopped him from living his best life.

Contact our diabetes and endocrinology team to find out how we can help your child with Type 1 diabetes or another endocrine disorder.