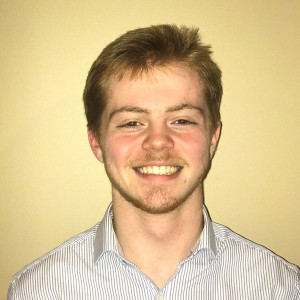 Robert Parenteau hated the word “diabetes” and for a long time after being diagnosed with Type 1 at age 10, he was in denial about even having the disease. Worries about bulky equipment and a frightening appearance filled his head.

“That will never be me”, he remembers thinking to himself.

In middle school, things only got worse. He pretended his monitor was a pager and hid it under his shirt. He was bullied, felt ashamed and utterly left out. Then he went to a Super Saturday workshop organized by the Diabetes Program at Connecticut Children’s and things began to change.

“It was so reassuring and comforting to see other people pricking their fingers,” Rob said of his first workshop. “In middle school I did that below the desk so no one could see. There, everybody was doing it out in the open. It was comforting to know I was not alone.”

The realization not only changed his perspective, it changed the course of his life, Rob says.

“That was the moment I really embraced my Type 1 diabetes,” he says.

Soon Rob went from being a participant in teen diabetes workshops at Connecticut Children’s to volunteering to help other kids. He decided to study biology and started thinking about a career in health care. Now a sophomore and biology major at the University of Connecticut, he is looking at becoming an Emergency Room nurse and, perhaps someday, an endocrinologist, he says. He’s already taken the first step. When he’s not in class, Rob works part-time as an Emergency Department Technician at Connecticut Children’s.

Rob’s mom, Cindy Parenteau, praised Stacey Reicher, a social worker on the Diabetes Program team at Connecticut Children’s, for getting through to Rob.

“She would make up these games so he didn’t feel different,” she recalled. “The more he went the more he felt welcome. Now he’s on the other side.”

At UConn, Rob takes part in the College Diabetes Network, a support and advocacy group for diabetics on college campuses around the United States. Through that fellowship, you begin to realize that having diabetes is not the worst thing, Rob says. He recently got certified as a EMT and joined a volunteer ambulance company in his hometown of East Hampton, where he does shifts on weekends. He was also invited by Diabetes Program Medical Director, Dr. Cem Demirci, to be a panelist at College Night events for college-bound teens with diabetes.

College Night is an outstanding opportunity to share real world experiences with diabetics that are sometimes uncomfortable to discuss, Rob says, like alcohol, low blood sugar in the middle of the night and when to establish limits with parents. They talk about keeping on top of their health, getting supplies shipped, eating in dining halls, where you have to measure food and make sure the dining halls are equipped with measuring equipment.

“It’s a huge transition,” says Rob. “Kids are stressed out and worried. It’s a wonderful opportunity to tell them it will be okay.”

This past summer, Rob worked as a research assistant with the Diabetes Program at Connecticut Children’s, helping out Dr. Demirci. One day a nurse came back, pulled him aside, and asked him to talk to teen neglecting his disease maintenance and health. It was a full-circle moment.

“Type 1 diabetes gave me a passion for helping people and to go into the health field,” he says. “I can’t see myself without it now. It’s yielded so many opportunities in my life and helped me look at the world another way, all due to the Connecticut Children’s Diabetes Program.”