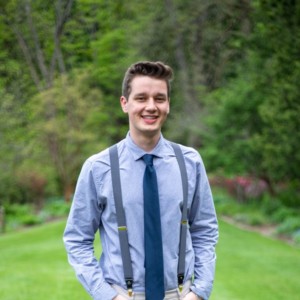 His mother didn’t share the pediatrician’s suspicions, but Jack Wright knew something was wrong. He could tell she had been crying when she had him pulled out of class to pick him up at school. They headed straight for the emergency department at Connecticut Children’s, where doctors confirmed he had Type 1 diabetes.

“I thought my life was over,” Jack says of that nerve wracking day in seventh grade.

He soon discovered that was not the case. The team at the Emergency Department jumped into action and started insulin right away. Jack was admitted to Connecticut Children’s and soon got a visit from a Child Life specialist, who assured him that he could still play soccer and do the things he enjoyed.

Their reassurances were proven true when, after a school band concert occurring the same day of his diagnosis, Jack was able to enjoy the family’s traditional post-concert ice cream trip. Because his specialist had taught him how to monitor his blood sugar and inject himself with insulin – with the promise to arrange a follow up consultation the next day – Jack felt empowered to live life on his terms.

“That pretty much represents how Connecticut Children’s has helped me,” says Jack. “They taught me diabetes doesn’t have to prevent you from leading a normal life; that it’s still possible.”

Jack has been taking life by the horns ever since. Now in his early 20s, he has graduated with a degree in Environmental Studies and Public Policy from Hamilton College. He now lives in the Boston suburb of Somerville, working as a Youth Programs Manager for the not-for-profit Wright-Locke Farm. In college, he was a volunteer for the local Juvenile Diabetes Research Foundation (JDRF) chapter, played the acoustic guitar and enrolled in a study abroad program to Costa Rica.

The support he received through the Diabetes Program at Connecticut Children’s helped him get there, Jack says. The programs for teens introduced him to other kids with diabetes and helped him understand he wasn’t alone. He was an active participant in College Night, an annual forum held each summer, at which college-bound diabetic teens can ask diabetic college students questions about what to expect.

Though close to world-class care at institutions in Boston, Jack has no intention of leaving his care team here at Connecticut Children’s…at least for a couple more years until he transitions to an adult endocrinologist for his care.

“I’m going to hang onto Dr. Cem Demirci and the team for as long as I can,” Jack says.

“Dr. Demirci is just the best. He was especially helpful when I went off to college – he was another trusted adult who would answer my questions, specific to my needs, without judgement. Though I wasn’t interested in alcohol until I came of age, Dr. Demirci still educated me on how it could affect my health. When I left for study abroad, we discussed different care strategies so I wouldn’t have to worry – and I knew I could email him at any time of day or night. Because I am in my 20s, he has tirelessly advocated for me with my parents’ insurance so I can get the coverage and best technology to manage my diabetes. He made sure I was prepared to make the most of my college experience, responsibly. You can’t ask for better care.”