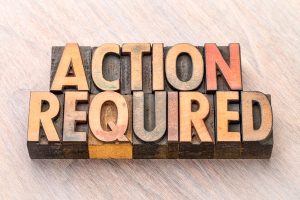 Ever since the Florida school shootings last week I have been asked several times, “What is the Connecticut Children’s Medical Center’s position on gun control?” I have debated posting my own personal position, but worry that my opinion may not reflect accurately that of our Associates or Board of Directors. So what is a CEO to do? I have decided regardless of our own personally held beliefs we all have an obligation to speak up and do something, so that is what I am going to do now.

I was in Aurora when the theatre shootings took place. The Children’s Hospital Colorado, located a few miles from the theatre ended up accepting six patients, one of whom died in the Emergency Department. A young pregnant woman lost her fetus and though we saved her life she remains a paraplegic. We have seen in the news the devastation caused by automatic weapons in the hands of mentally ill perpetrators from Aurora to Las Vegas and schools from Colorado, Connecticut and now Parkland, Florida.

It may be instructive to remember that when our founding fathers wrote the second amendment their guns were single shot and were loaded from the front of the barrel in what took even the most well trained and proficient weapons experts many seconds to reload. The musket and pistols of the time had no resemblance to the semi-automatic weapons on the open market today. I believe they would have been horrified to know that how easily people could procure guns that shoot hundreds of rounds in minutes, designed for killing enemy combatants, and walk into our schools and public gathering spots to deliberately kill innocents. They surely would have argued that the second amendment did not intend to negate the inalienable right to Life, Liberty and the Pursuit of Happiness.

Parents of children killed in Columbine, Sandy Hook and now Parkland have made a number of proposals that would certainly reduce if not eliminate school atrocities. The National Rifle Association (NRA) has used its money and membership to pressure politicians to make no compromise to continuing open and unfettered access to guns by anyone and everyone. Even though a huge majority of Americans and NRA members support change, the NRA and Congress have stubbornly maintained the status quo. In fact, the NRA has successfully lobbied Congress to withhold funding for research that might inform potential solutions. Finally it is the next generation, those students from Parkland joined by teenagers from around the country who have said enough is enough. Once again, our kids are demonstrating courage and leadership to us adults. Of course we see this in the Hospital all the time. Who has not been inspired by the courage our patients demonstrate every day when facing illness and injury?

I do believe in the second amendment. Whether or not to own a gun or rifle for protection and/or sport is all American’s (adult American’s that it) choice. Comprehensive background checks does not limit our ability to own a gun but does offer a level of protection we clearly need now. We do need to invest more money in serving the mentally ill. These teenage perpetrators exhibited behavioral health needs long before they became murderers. More and earlier intervention is an investment, not an expense that the health care system needs to address. And why is it that a young person can legally obtain a weapon before they are old enough to buy alcohol, and why can a person who is on a no-fly list because they are a suspected terrorist legally purchase a weapon. These should be common sense immediate solutions that we can implement immediately without impeding gun ownership.

One of the more controversial suggestions being posed by our President and the NRA is that we arm teachers. My wife and one of my daughters are teachers. It scares me to no end to think that either of them would carry a gun with the intent of confronting a deranged, often suicidal murderer with a semi-automatic weapon. Even scarier is thinking about a dozen or more teachers armed with guns running out into a hallway from several different directions, with students scrambling for safety and a shooter blasting away. Even if an individual teacher had been trained on how to use a firearm safely, I doubt he or she would have been trained in how to respond in such a chaotic environment and be able to discern who and where to shoot. Surely more innocents will be in the path of gunfire than they are today. Even school administrators, teachers and law enforcement officers have stated their opposition to this idea. It reminds me of something Mark Twain once said “Get your facts first, and then you can distort them as much as you please.” The facts are that this is a very dangerous and poorly thought out idea that needs to be stopped in its tracks.

One of our missions at Connecticut Children’s Medical Center is advocating for children’s health. Whether you agree with my comments or not, we all do have the responsibility to speak up, participate in the debate and hopefully find a solution that helps make our schools, our children and their teachers safe. We are all in this together, whether as child advocates, parents or simply as American citizens. I support Senators Blumenthal and Murphy and Representative Esty in their efforts to end the sale of assault weapons, high capacity magazines, restore funding for firearms research and strengthen background checks.

One of the slain children’s mom’s summed it up best “We need Action, Action, Action”. We also need leadership now more than ever to stop this public health crisis. That’s what I think. I would be interested in hearing your thoughts.