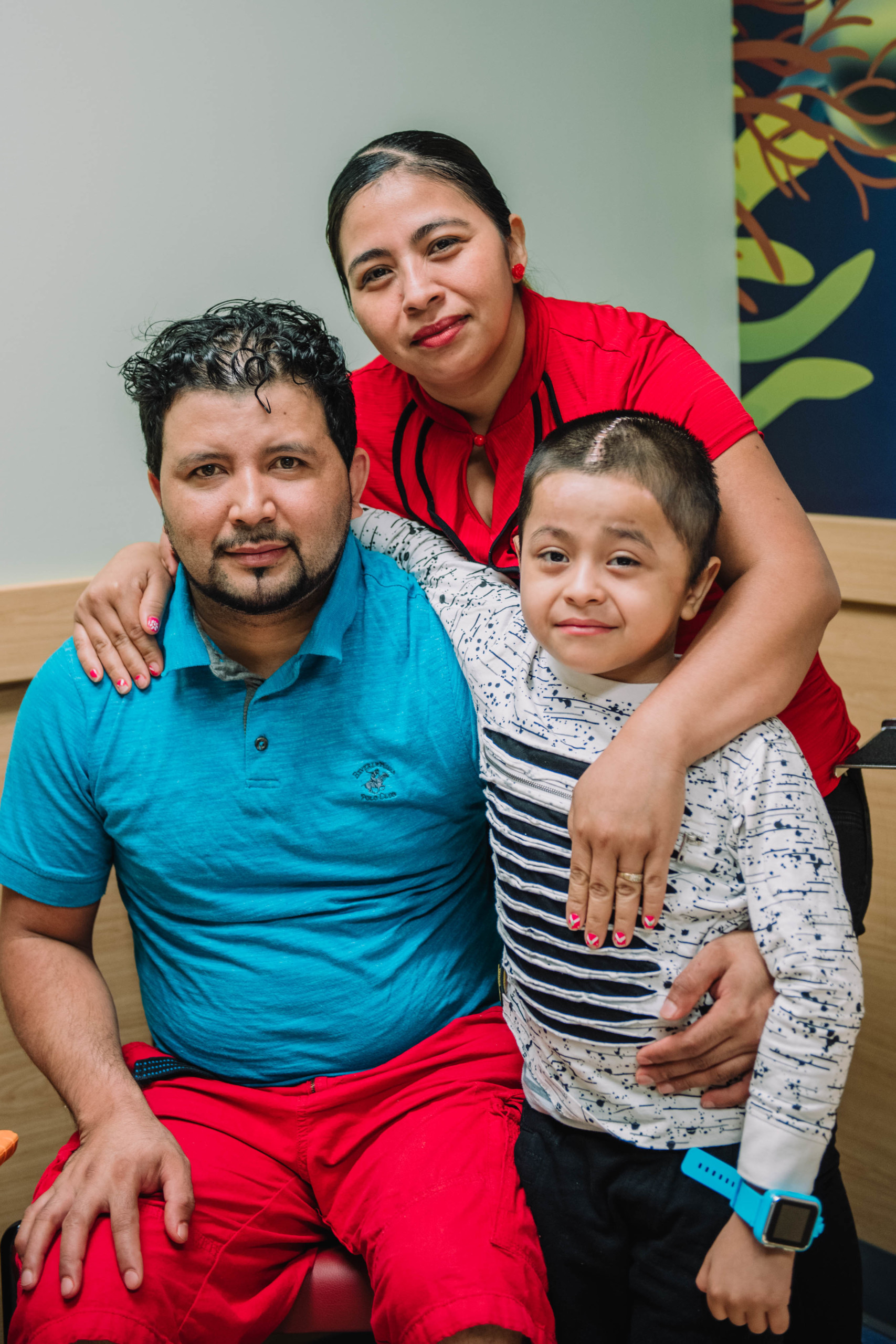 Norma Moreira was returning home from work when she received the phone call: Her 6-year-old son, Fernando, was hit by a car while crossing the street in their East Hartford neighborhood. The car had been going very fast. Fernando might not survive.

Fernando was raced to Connecticut Children’s, where the trauma, critical care, general surgery and neurosurgery teams worked together to stabilize him. His leg was broken, and one of his lungs was crushed. Most seriously, the impact had partially severed ligaments in his neck that attach his skull to his spine, a rare – and usually fatal – injury known as an internal decapitation.

The team attended to Fernando’s damaged lung and placed him under anesthesia. When he was stable, pediatric neurosurgeon Jonathan Martin, MD, FAANS, head of the Division of Neurosurgery, performed surgery to release the pressure on Fernando’s brain, removing half of his skull until the swelling subsided. Then the team waited and watched closely to see if he could recover enough for further treatment.

For the next three days, Fernando fought for his life.

“He is a warrior”

“Fernando is a warrior,” Norma says. “It was an extremely bad accident, but he is also a very strong boy.”

While his care team and family rallied around him, Fernando began to recover – and more quickly than anyone expected.

“Every day, every hour, every minute I watched him growing better and stronger,” says Norma. “The staff and doctors called him a superhero.” 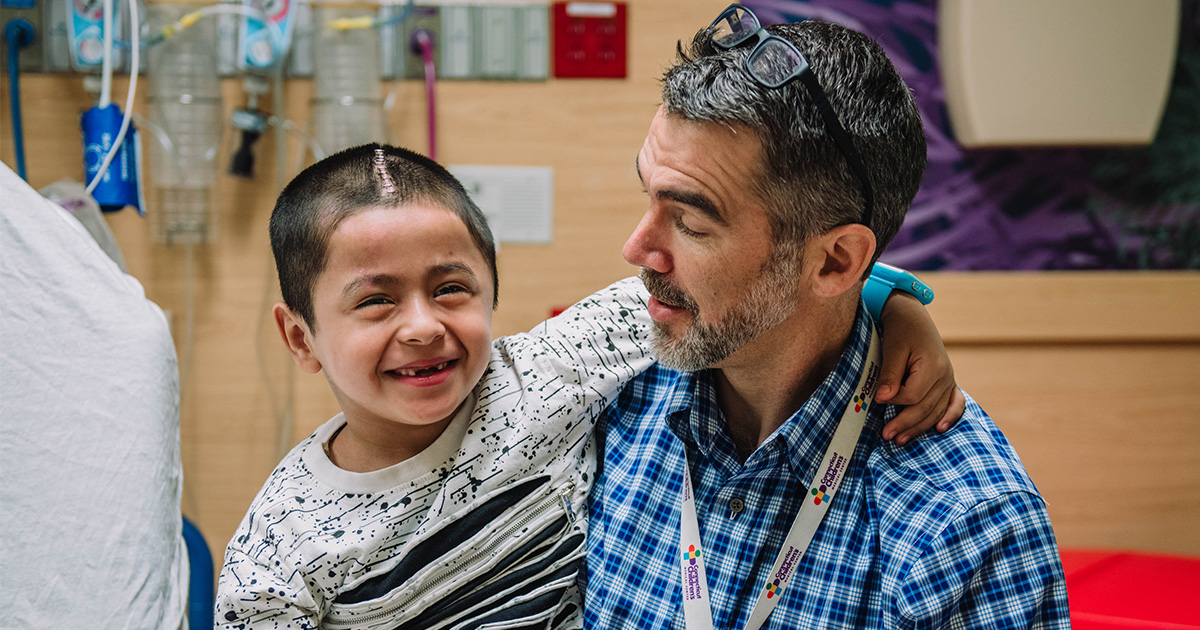 After three days in the Pediatric Intensive Care Unit (PICU), he was ready for another surgery with Dr. Martin – this time, to place screws and a rod in his upper neck to stabilize his spine and repair the connection between his skull and spine. It was successful.

“Dr. Martin told me, ‘Don’t worry. Fernando is in good hands,’” says Norma. “Fernando received the best attention and care. All of the doctors, nurses and the rest – they all treated us tremendously well. And Dr. Martin is… well, I don’t describe him as a doctor, but as an angel.”

After a couple months in and out of the hospital, many sessions of physical and occupational therapy, and another surgery by Dr. Martin, Fernando returned home for good. Soon he was starting to run around again. The family was able to bring him to the beach and to reconnect with friends. His hair grew and the scar on his skull became less noticeable. Today, at age 7, he’s back to being just like any other little boy.

“To see this outcome is really remarkable,” says Dr. Martin. “This was a very severe multi-trauma injury. Fernando’s care required the efforts of the entire trauma team. But this is a young man who, five years from now, no one will be able to tell that he had any surgery at all.”

“He’s a miracle,” says Norma. “And Connecticut Children’s is a very special hospital. It’s the best. I describe it as simply the best.”