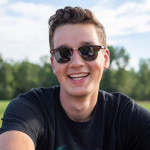 In seventh grade, Jack was diagnosed with Type 1 diabetes. Now in college, he credits his care team at Connecticut Children’s for helping him get there. The programs for teens introduced him to other kids with diabetes and helped him understand he wasn’t alone. Later he attended College Night, an annual forum held each summer, at which college-bound diabetic teens can ask diabetic college students questions about what to expect. Read Jack’s story >

It was Easter weekend 2011, when, on a lark, Annie pricked her finger with her dad’s glucometer to test her blood sugar. It was sky high. A freshman in high school at the time, Annie remembers wondering if it was all the Easter candy that caused the spike. Her father, a Type 1 diabetic from the age of 21, knew exactly what was going on. Read Annie’s story > 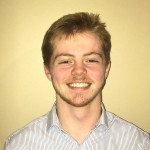 Robert  hated the word “diabetes” and for a long time after being diagnosed with Type 1 at age 10, he was in denial about even having the disease. In middle school, things only got worse. He pretended his monitor was a pager and hid it under his shirt. He was bullied, felt ashamed and utterly left out. Then he went to a Super Saturday workshop organized by the Diabetes Program at Connecticut Children’s and things began to change. Read Robert’s story >

“There’s a handful of doctors in the United States that deal with [pseudohypoparathyroidism type 1A, a rare subtype of AHO], and I wanted to come see a specialist,” says Dillon’s and Ellie’s mom, Jennifer. “I didn’t want to go to a regular endocrinologist. I wanted someone that really knew what this syndrome was about. There’s nowhere else we can go that really provides the treatment that Dr. Germain-Lee can give us.” Watch on YouTube >

Josh thought a life-changing diabetes diagnosis would bring his theater career to an end. Now his team of endocrinologists are making sure his second act is even better than his first. Watch on Youtube > 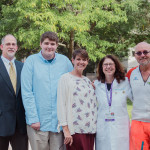 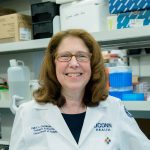 We sat down with pediatric endocrinologist and researcher Emily L. Germain-Lee, MD to discuss her advances in the treatment and research of rare bone and endocrine disorders. Read more >

For more information about Connecticut Children’s endocrinology and diabetes services, or to schedule a virtual or in-person appointment, please call: