Alexandra was the first baby born in Danbury Hospital, an event celebrated in the local newspaper. As she grew, there was more cause for celebration: She became a formidable athlete. Swimming was her love, but when she got to Danbury High School, they didn’t have a swim program, so Alex decided to try running. And as it turned out, that was a serendipitous choice. She was so good at running that she was chosen for the varsity team while she was still in ninth grade. She went on to be an all-state cross-country runner and a national runner in track-and-field events. 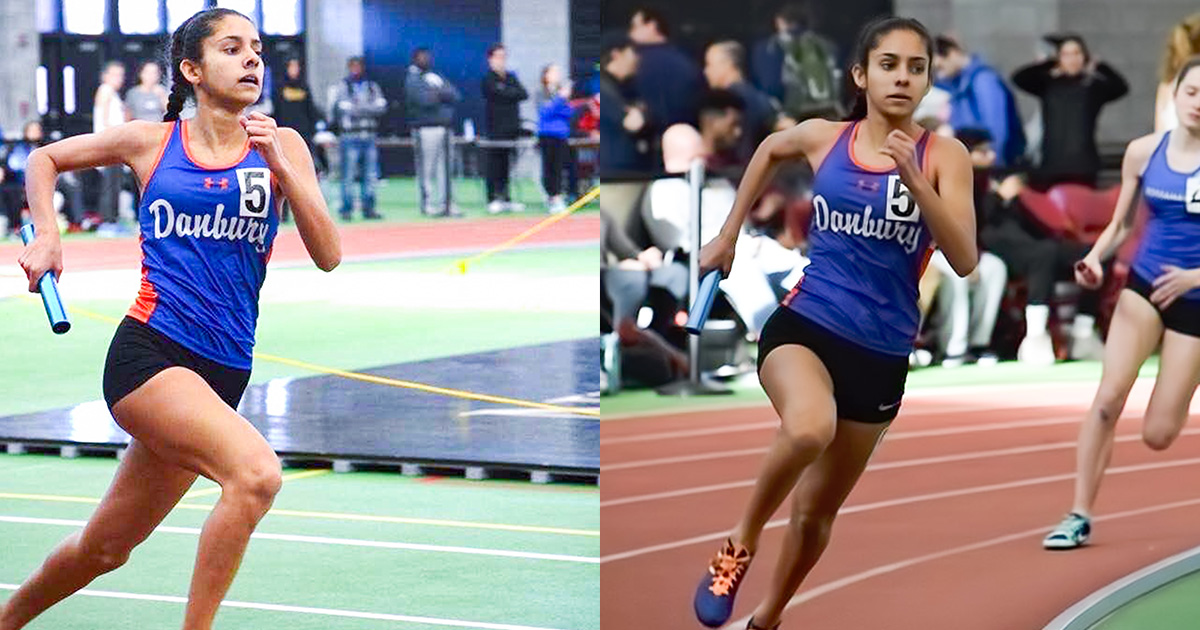 But in May 2019, she found that her running time was a little slower than usual, and she felt more tired than usual. When Alex was beaten by a runner who had previously not presented a challenge to her, she knew something was wrong. Her coach suggested she get some blood work done to try to identify the problem. A series of escalating tests eventually led her to Connecticut Children’s Center for Cancer & Blood Disorders.

There, pediatric oncologist/hematologist Natalie Bezler, MD, gave the diagnosis no one wanted to hear: Alexandra had acute myeloid leukemia, a type of blood cancer.

“We had to work really hard to bring her heart back”

Alexandra’s treatment plan included four rounds of chemotherapy over the span of nine months. Chemotherapy is something of a blunt instrument. It has to be toxic to kill the cancer, but that toxicity can also affect otherwise healthy body systems, including neurological and reproductive systems, as well as kidneys, liver, hair, skin and most seriously, the heart. It can also affect the immune system. In the case of leukemia, the cancer itself weakens the immune system, and the therapy can weaken it further, leaving the child open to infection.

In Alex’s case, the experience was especially brutal and dangerous. At one point she went into septic shock because of an infection in her lungs and was admitted to the Pediatric Intensive Care Unit (PICU). But it wasn’t just the lung infection. Alex’s heart suffered an infarction and had fluid building up around it.

“We had to work really hard to bring her heart back,” says Olga Toro-Salazar, MD, director of Noninvasive Imaging and a pediatric specialist in cardiotoxicity, the relationship between oncology treatment and heart damage.

“Alex was skating a very, very fine line,” says Alex’s father, Chuck. “She knows she had a near-death experience. It was tough for her to get out of bed and sit in the chair next to me. She was shaking with pain. Actually, she had to learn how to walk again while she was in the ICU. She couldn’t put one foot in front of the other.”

But that was exactly what she needed to be doing. Connecticut Children’s physical therapists walked her around the ICU floor, starting with a small stretch of hallway. Over time, Alex went farther and farther, gradually building up distance, until she could walk to the nurses’ station and back twice. “She struggled,” Chuck says. “There’s no doubt about it: what she was going through was a brutal experience.”

Alex’s drive – and the fact that she was physically fit to begin with – saw her through. She started eating, and that, along with the walking, improved her blood test results to the point where she could be released from the hospital. During the full course of her treatment, she was in the hospital for a total of 160 days. In February 2020, after 71 days straight, she finally walked out of the ICU and all the way to the parking garage.

> Related: Care is right around the corner – find a Connecticut Children’s location near you

“She’s got that fire again”

She still had a long way to go. Chuck says her gait was not the same, and she was still weak. “It was tough for her to get up the stairs at the house at first,” he says. “Here you have an all-state runner, somebody who ran in national competitions, and seeing her struggle to put one foot in front of the other was heartbreaking.”

In fact, Alex said she wasn’t sure she wanted to continue with running when she started as a freshman at Fairfield’s Sacred Heart University in the fall of 2020. She would walk or jog on her street, which was all she could do at first. Then she started running a bit with friends. 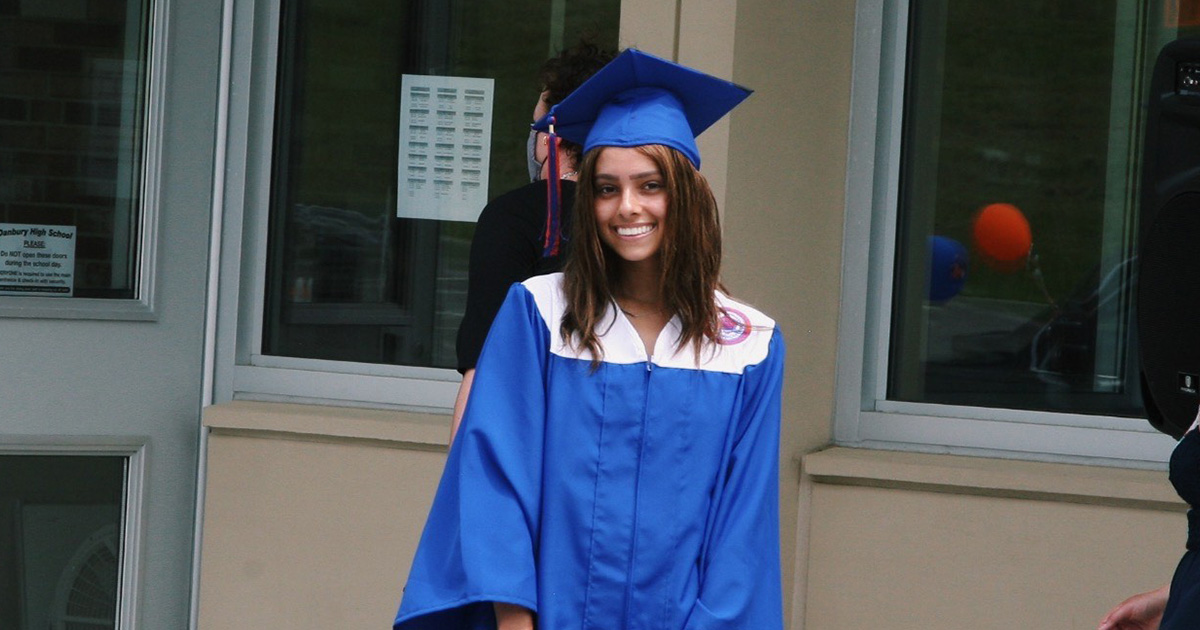 “Over time,” Chuck says, “she got the bug back again. I can tell she has it now, because before her meets, she wants to come home and fuel up. As part of her recovery, she changed her diet. She doesn’t eat any meat. She eats a little bit of fish and lots of vegetables, things that a few years ago we had to force her to eat: Brussels sprouts, broccoli, cauliflower, beans. She comes home before her meets because she wants to fuel up with good healthy food.”

Today, Alex’s life seems to be well on track. Dr. Toro-Salazar was able to help Alex recover all of her heart function, and she’s got most of her strength back. She has a boyfriend, she’s doing well in her first year of college, and she’s competing again. She’s already had meets in Maryland and in New Jersey, where she came in second for the team.

“She doesn’t really have her best time in the 800-meter event yet,” Chuck says. “Usually she runs that in about 2 minutes 19 seconds. She’s only seven seconds from her personal best, but she isn’t happy. She’s got that fire again.”

Learn more about our Center for Cancer and Blood Disorders