Fredrik was two months old when he started struggling to keep down food. No matter what parents Marie and Josh Pinheiro tried, “he was spitting up and vomiting at all hours of the day,” says Marie. “Nothing helped.” Two months later, the wheezing and coughing started. At an age when he should have steadily put on weight, he barely gained a few ounces per week.

Over the next year, Marie and Josh did everything they could. They sought advice from Fred’s pediatrician as well as specialists. Physicians diagnosed Fred with failure to thrive and acid reflux. They also discovered that his formula seeped into his airways. Marie and Josh put Fred on reflux medication and increased his calorie count. They added thickener to his liquids and took precautions to help him eat without aspirating. They brought him to Connecticut Children’s three times and admitted him for testing. Nothing conclusive turned up. Meanwhile, Fred continued to struggle. “It was just a waterfall of issues that we were experiencing,” says Josh. 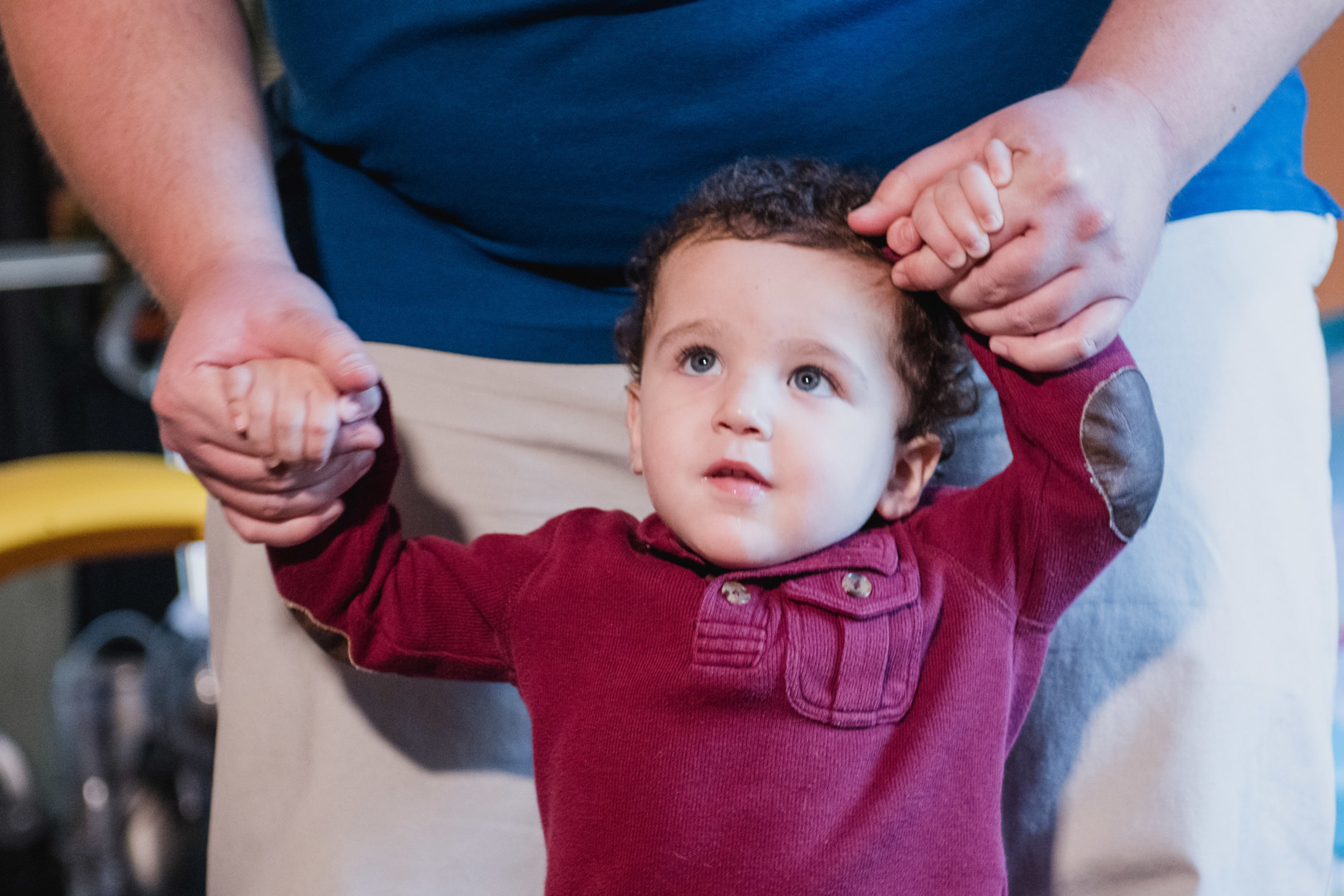 Then, on a February day when Fred was 13 months old, he struggled to breathe and turned blue at his daycare. Paramedics rushed him to Connecticut Children’s. “It’s scary when you get a phone call from daycare saying, ‘Your child is blue. We don’t know what to do. We’re going to call 911,’” says Marie.

Physicians stabilized Fred and admitted him for further care. During the hospital stay, the family received another diagnosis: asthma. “It was a breath of fresh air to get that recognition,” says Josh.

“That’s the world he’s living in”

Learning that Fred had asthma pointed the way forward for his health. Under the care of Connecticut Children’s pulmonologists Melanie Sue Collins, MD, and Anne V. McLaughlin, MD, Marie and Josh started Fred on daily medication, including a twice-daily inhaler. They keep another quick-relief inhaler handy in case he has a flare-up. When he gets sick, he also sits with a nebulizer mask three or four times a day and has physical therapy on his chest — a challenge, since he is prone to giggle fits and bursts of activity.

Health adjustments are never easy, especially when they involve a rambunctious toddler. But the Pinheiros successfully reshaped their daily life to manage Fred’s health. “At the age of 2, Fred knows how to shake an inhaler and ‘check for bugs’ before putting it into his spacer. That’s the world he’s living in,” says Marie.

Their to-do list didn’t end there, though. To prevent Fred’s asthma attacks before they start, Marie and Josh also had to learn all about asthma triggers and other potential health hazards and make major changes to their home to remove them. It was a daunting task.

Luckily, they had help.

Connecticut Children’s connects families with a vast network of partner programs, both medical and non-medical, to set children up to thrive. One of these programs, Connecticut Children’s Healthy Homes Program, raises awareness about the critical link between housing quality and health. As part of its work, the program helps families identify and resolve health hazards in their homes. Healthy Homes serves families throughout Connecticut – from Stamford to Killingly, Litchfield to New London, and every other corner of the state.

Healthy Homes visited the Pinheiros’ house and identified two health hazards. First, a leak in the basement could cause mold and moisture problems that might exacerbate Fred’s asthma. Second, they discovered lead paint in the home’s exterior, garage floor and shed, which could cause developmental delays, learning difficulties and additional health concerns. Healthy Homes sat down with Marie and Josh to explain why these issues could be dangerous for Fred. 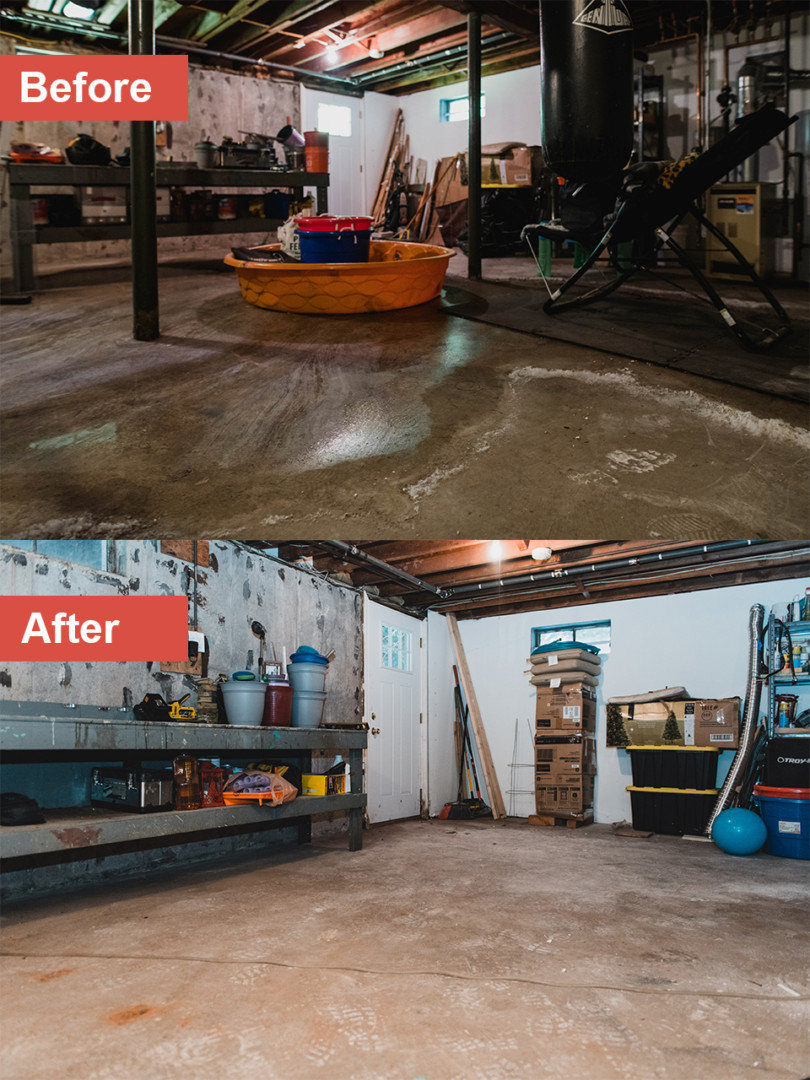 “It’s amazing that these programs exist so families can get help,” says Marie.

Healthy Homes removed the lead paint from the Pinheiros’ house — replacing the front and back doors, scraping and repainting the exterior, and repainting the shed and garage floor — and installed a drainage system to keep water out of the basement. Since the renovations wrapped up, the basement has been water-free and there is improved air quality throughout the house.

“To realize you have a dangerous issue in your house that you have to fix, and then to have somebody say, ‘We can fix it for you,’ is really shocking — and at the same time, a relief,” says Josh.

These days, at 2 years old, Fred is in constant motion. His personality is blossoming by the minute. At his daycare, he’s renowned for his hugs and his generosity, and for asking, “How you? You happy, you good?”

“With everything he’s been through in his two years, he’s always had a smile on his face,” says Marie. “It amazes me how tough he is.” 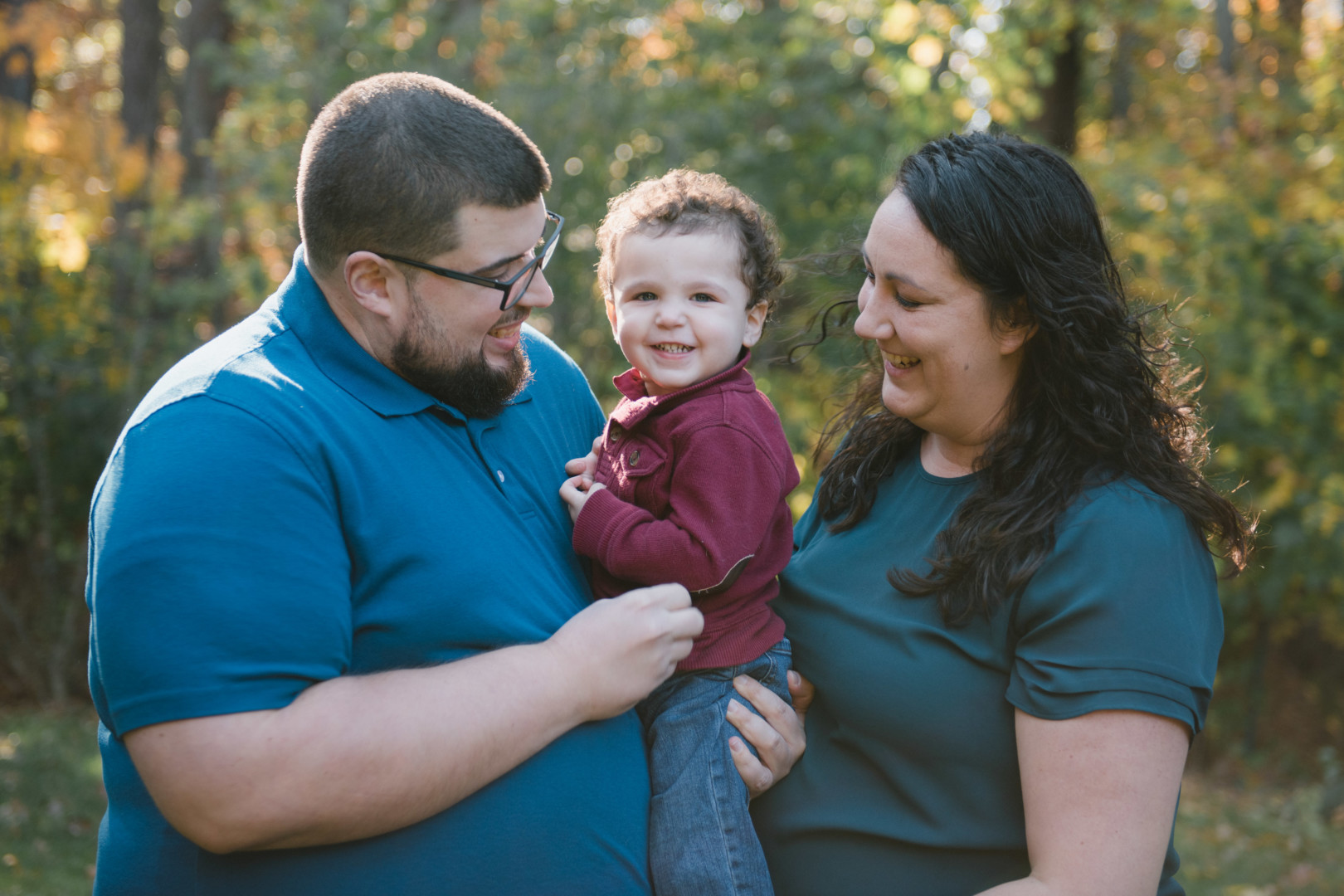 He loves music, she adds, and will dance anywhere and everywhere.

He is obsessed with soccer and football, and is often chasing after one ball or the other.

And most of all, he’s growing — vibrant.