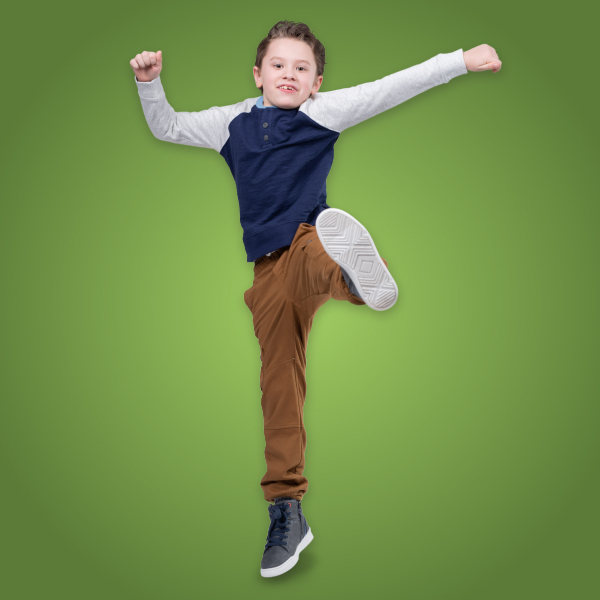 Guthrie Martin, age 7, is the oldest of three brothers, an aspiring zookeeper, and a big fan of jumping –onto, off of, and over just about anything.

“I like to jump over my little brothers,” says Guthrie. “And on my bed. And the ottoman and chairs. Also off the couch, the big dinosaur in our back yard, and the porch steps.”

In other words, he’s a lot like other kids his age – and that’s good news for parents Jessica and Jesse Martin. It’s been a long journey to get here.

“They made Guthrie part of the conversation”

When Guthrie was 3 years old, his face and body dramatically swelled up. It wasn’t an allergic reaction. It wasn’t caused by anything obvious. When antibiotics did nothing to help, his primary care pediatrician told Jessica and Jesse to bring Guthrie to Connecticut Children’s right away. They packed into the car and did just that, bringing along Guthrie’s 4-week-old baby brother, Seeger. It was a hectic time for the Martin family.

At Connecticut Children’s, the Division of Nephrology (Kidney Disorders) found the answer: Guthrie kidneys weren’t working properly. He was diagnosed with nephrotic syndrome, a condition where the kidneys get rid of proteins that the body still needs. It was the reason his face and body had become swollen, along with other side effects like fatigue.

There isn’t a cure for nephrotic syndrome, but there is treatment through medication and diet. Guthrie was placed on an aggressive steroid, along with an almost no-sodium diet. 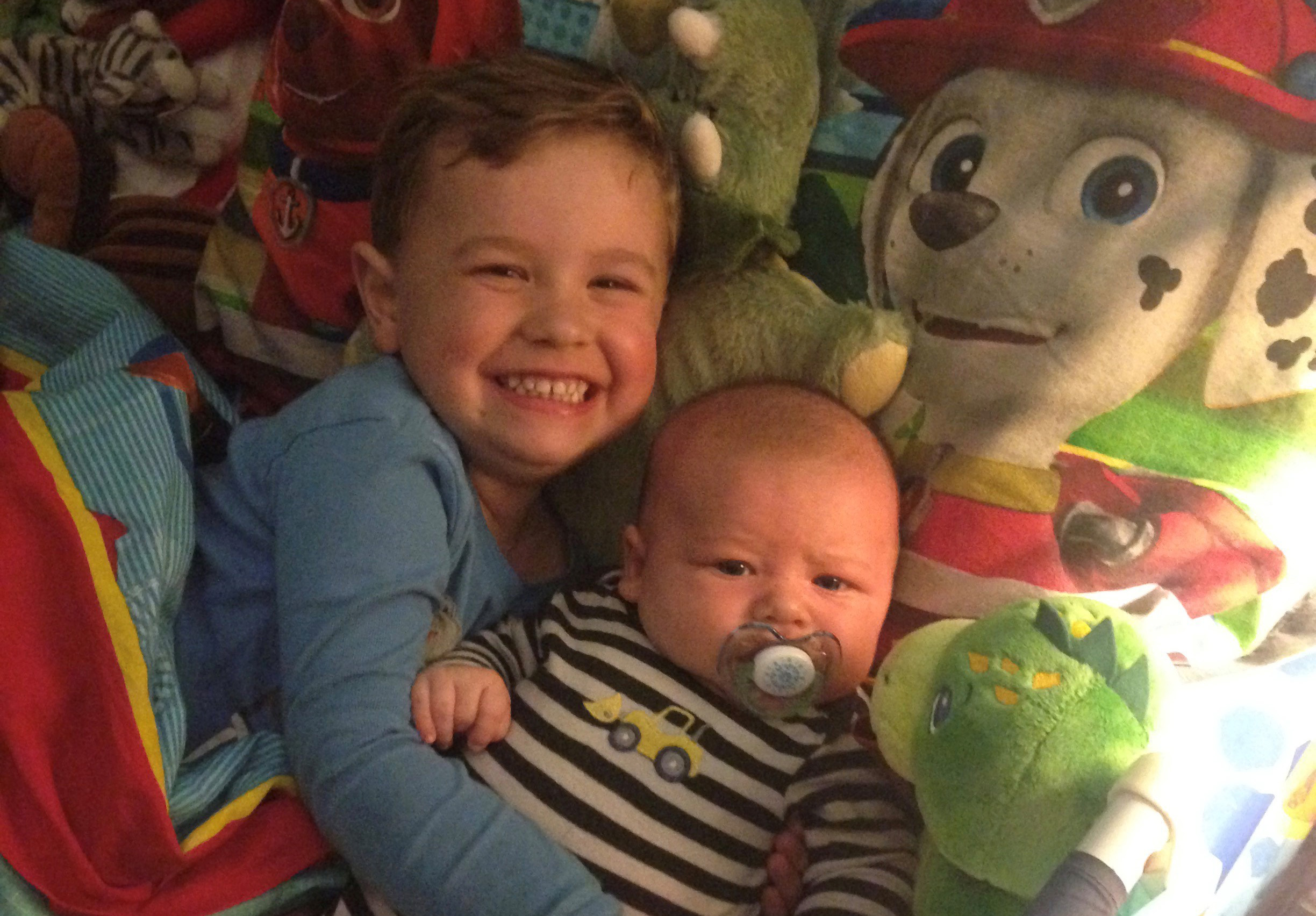 “A no-sodium diet is rough for anyone,” says Jessica. “But for a 3-year-old who loves goldfish crackers? It was really rough.”

Guthrie’s team at Connecticut Children’s made it a little easier, by helping Guthrie understand why.

“I am always impressed by how everyone at Connecticut Children’s speaks directly with the kids in a language they can understand,” says Jessica. “They made Guthrie part of the conversation. I remember Guthrie asking his preschool friends, ‘How much sodium is in your goldfish crackers?’ His friends didn’t even know what sodium was!”

> Related: How to Pack a Go-Bag for Your Child’s Unexpected ED or Urgent Care Visits

“The nurses, the dietitians, the doctors are all fantastic”

For about a year and a half, Guthrie saw the nephrology team once a twice or month, and came to Connecticut Children’s weekly to have his blood drawn. Nurse Caitlin Greenslade, BSN, RN, would push baby Seeger around in his stroller so Jessica could focus on supporting Guthrie, who dreaded anything that involved needles. Jessica also brought Guthrie to a class at Connecticut Children’s United Technologies Family Resource Center (currently closed due to COVID-19) for help dealing with needlephobia.

“Sometimes I forget how overwhelming it was at the beginning,” says Jessica. “We could’ve gone anywhere for Guthrie’s bloodwork, but we came to Connecticut Children’s. Everyone is really knowledgeable about how to treat children. Everyone we interacted with – the nurses, the dietitians, the doctors – were all fantastic.”

Nephrotic syndrome can be challenging to manage. Guthrie’s symptoms would improve, life would briefly go back to normal, and then the symptoms and swelling would return. He had 13 relapses in 12 months. His Connecticut Children’s team kept trying new approaches, determined to find a plan that worked long-term.

When Guthrie was nearing his 5th birthday, they tried a new medication, an immune suppressor. And at last, that did the trick.

> Related: Ask a Pediatrician: How Do You Make Sure Your Patients Feel Safe and Comfortable During COVID-19?

“I told her not to worry”

Guthrie’s nephrotic syndrome has now been in remission for more than two years. His kidneys are working normally. He can eat whatever he wants, goldfish crackers and all.

He still comes to Connecticut Children’s every six months for check-ups, just to make sure everything is still going well. Every visit is a reminder of how far he’s come.

“It’s really fun watching him when he walks into the hospital now, and it’s just a doctor’s appointment,” says Jessica. 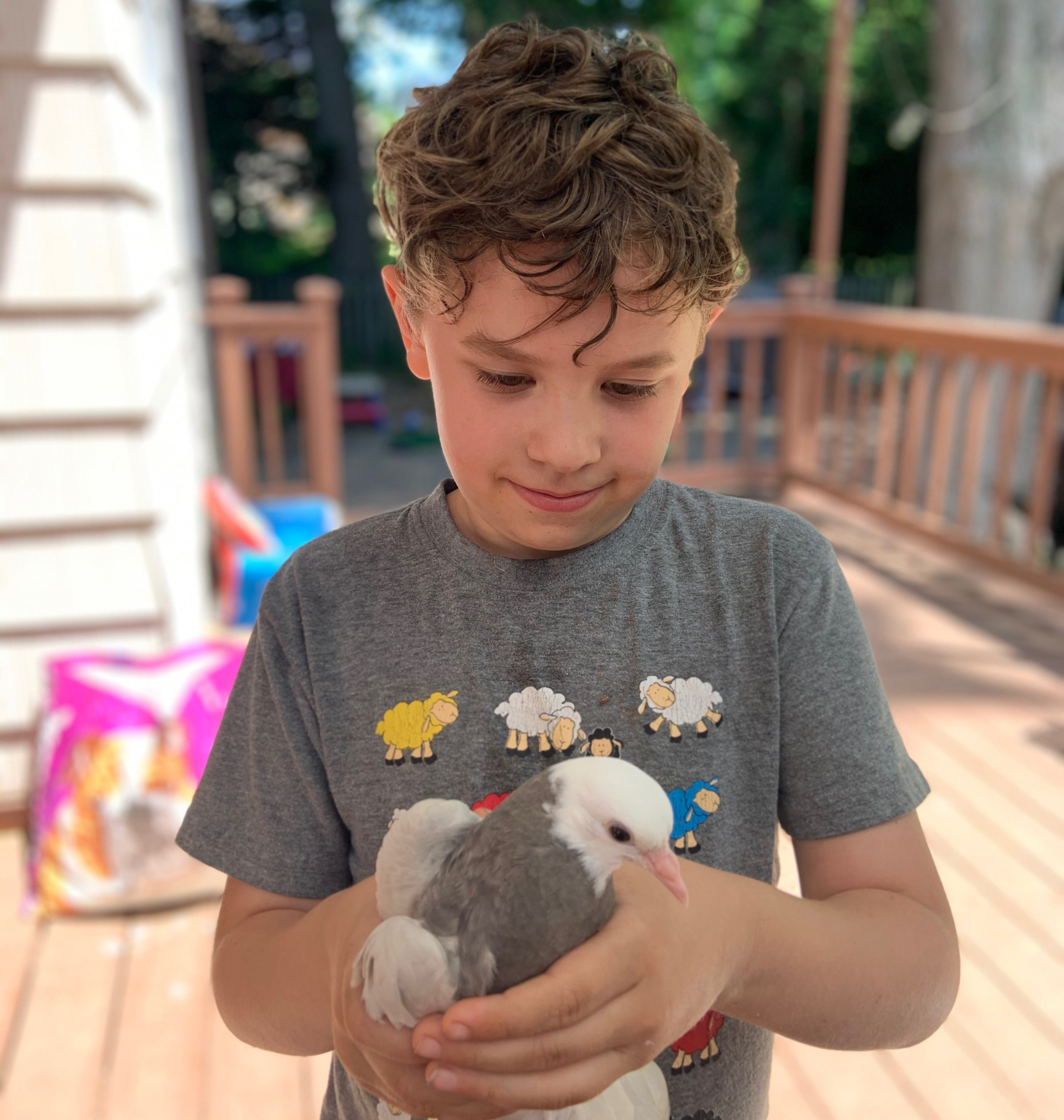 She remembers being in the waiting area years back with another mother and daughter. The mom overheard Jessica talking about nephrotic syndrome, and shared that her daughter had just been diagnosed. “She looked so scared and tired,” says Jessica. “I told her not to worry.”

She shared the same things she tells her friends when their kids need care: “Connecticut Children’s has been an incredible resource for our whole family,” she says. “Any time my friends need to bring their children to a specialist, I always recommend Connecticut Children’s.”

As for Guthrie, his focus these days is on being a 7-year-old with energy to burn. He is a silly – and sweet – big brother to Seeger, now age 4, and Bragg, age 2. He is learning how to care for pigeons from his dad, a third generation pigeon fancier, and hopes to someday be a zookeeper. He loves music and dance, especially hip hop. And of course, acrobatic jumps around the house and yard.