There’s never a good time for your child to need urgent care. But it’s really, really not a good time when you’re about to leave for vacation.

Two days before his family’s big trip to Marco Island, Florida, 7-year-old Tyler Grad fell off a slide at his school playground. He and the slide had a history: He’d broken his foot on it when he was a toddler. This time, his arm took the brunt of the fall. He dusted himself off and headed to the school nurse. He was so calm, the nurse wrapped his forearm in a bandage and sent him straight back to class.

At home that evening, when mom Gina unwrapped the bandage and saw the swelling underneath, she knew they needed a pediatric expert. Fast.

Save a Spot or Walk In

The Grads knew other families who’d taken their kids to Connecticut Children’s after-hours Pediatric Urgent Care. The Farmington clinic is open Monday to Friday 3-11 pm, and weekends 9 am-9 pm. “They said how quick and easy it was,” Gina says. So that’s where they went, too.

“We called ahead and they got us right in,” she says.

The team X-rayed Tyler’s arm and diagnosed him with a buckle fracture, a common injury where one side of the bone bends upward. They put his arm in a brace and got him ready for a next-day appointment at Connecticut Children’s walk-in orthopedics clinic in Farmington.

The appointment was bright and early – and about 24 hours before the family’s flight to Florida. 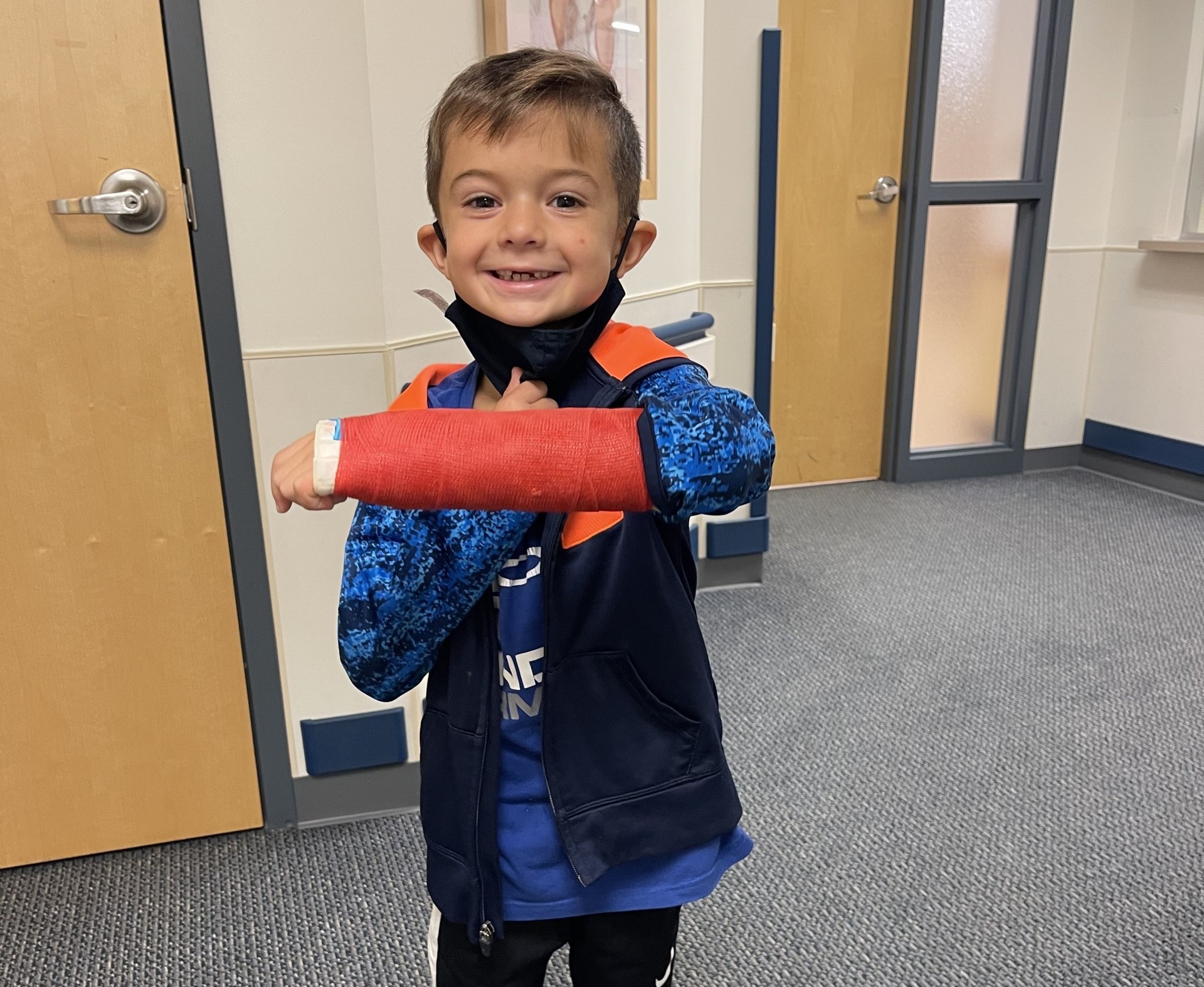 “Literally, we were in and out in under 30 minutes”

The next morning, as she and Tyler headed to his orthopedics appointment, Gina was privately panicking.

Tyler’s an active kid who plays “every sport under the sun,” from flag football to fencing. The family had been looking forward to lots of outdoor activities in Marco Island, and she knew Tyler would be miserable sitting on the sidelines. “I was nervous that the poor kid was gonna be suffering the whole time,” she remembers.

Tyler was worried too. What about the beach, the bike rides, his big goals for fishing?

From the moment they arrived, things began to look up. The team’s pediatric experts gave Tyler his choice of colors for a waterproof cast. Easy call: He went with bright red. And then, to his amazement, they gave him the all-clear for vacation fun, up to and including swimming. Before they knew it, Tyler and Gina were on their way back home.

“Literally, we were in and out in under 30 minutes!” says Gina. “I was very impressed. I knew Tyler was in good hands the whole time. They made it painless and easy.” 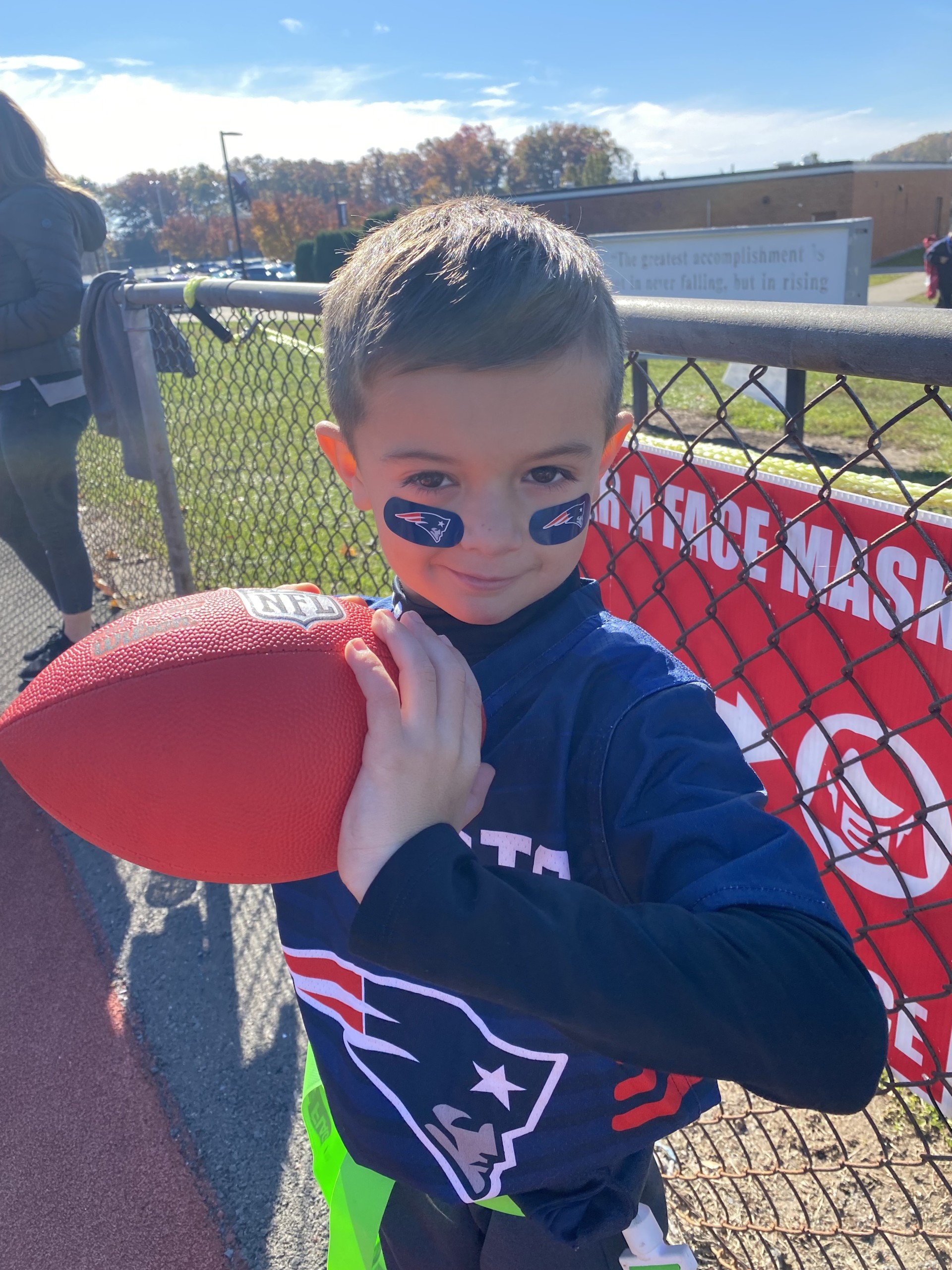 When you look closely at the family’s photos from Marco Island, you can spot the bright red cast. But it’s the only clue that Tyler fractured his arm. He’s bicycling, fishing, playing on the beach – fully participating in all the vacation fun. By three weeks later, when the cast was removed by the same Connecticut Children’s team, you’d never have guessed there was an injury.

From urgent care to follow-ups, the experience had been quick and easy. It didn’t slow Tyler down at all.

In fact, the first thing he did when they arrived at the hotel?

“He was literally jumping in the pool as soon as we got there,” says Gina. “It didn’t hold him back.”