In September 2019, Ellen and Jon Lindblom traveled to China to bring home the newest member of their family — Ayla, then a shy 6-year-old. They carried a letter from Connecticut Children’s Felice Heller, MD, urging the agency to expedite the adoption so Ayla could get immediate medical care.

Not three months later, China shut down their adoptions due to COVID-19.

“If Dr. Heller hadn’t written that note, Ayla might not have made it to us when she did. It could’ve been years,” says Ellen. “By then, I’m sure her lungs would’ve been damaged forever.”

She’s the second child in the family to be adopted. She’s their third child with Down syndrome and a serious heart condition.

And if it weren’t for her older brother, she and her family would never have found each other…

Eleven years earlier, in 2008, Ellen and Jon had just given birth to their eighth biological child, Daniel. None of their older kids ever had major health issues. But when Daniel was 1 month old, Connecticut Children’s diagnosed him with a congenital heart condition that required open-heart surgery. It was the first time the Lindbloms met Dr. Heller — the doctor who would become a through-line in their children’s lives.

Around the same time, Daniel was also diagnosed with Down syndrome.

“I was terrified,” admits Ellen. “I was really having a rough time, emotionally, with that diagnosis.” A cardiologist at Connecticut Children’s saw her distress, and approached her.

“He said, ‘Some of the most beautiful families coming through our clinics are the families with the kids who have Down syndrome,’” Ellen remembers.

She’s thought back on that moment countless times.

“Daniel really opened our hearts to not being afraid of the diagnosis,” she says. “If it weren’t for Daniel, we wouldn’t have Naomi and Ayla.” 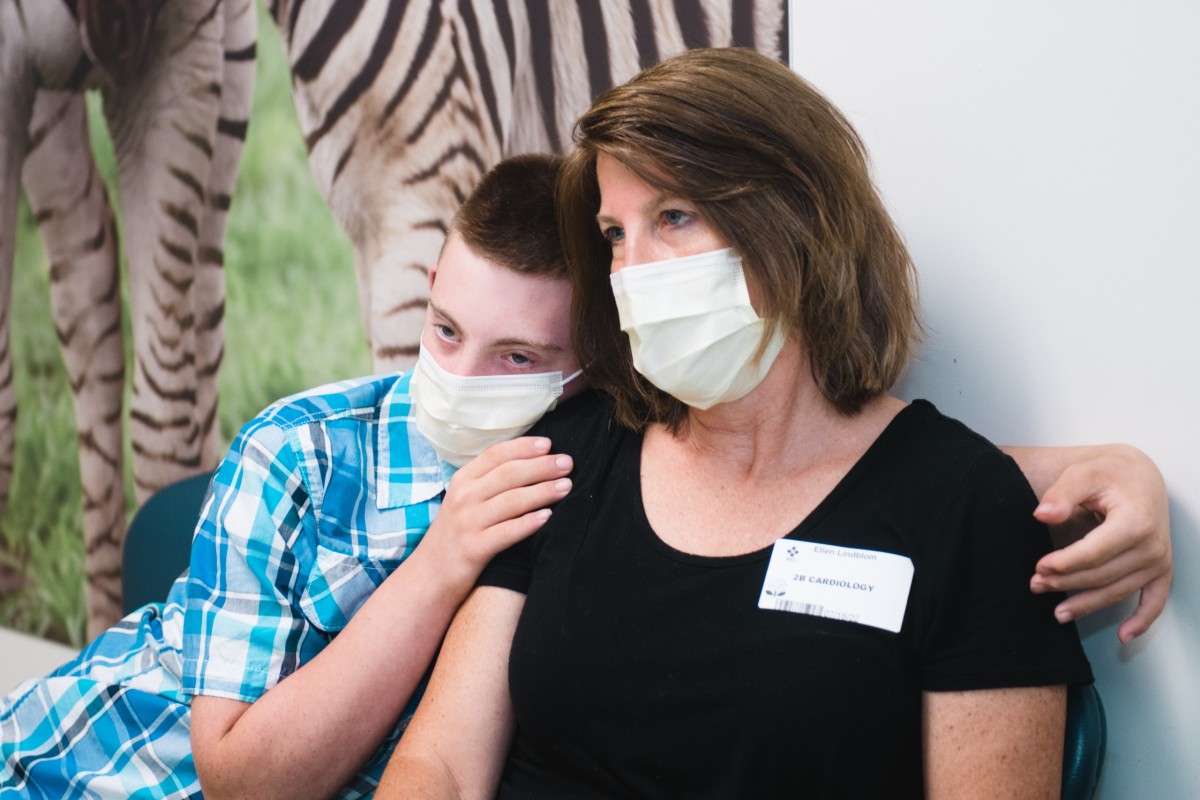 “Her heart was working so hard”

As Daniel grew into the joyful, dynamic kid he is today, Ellen and Jon felt a pull to help other children like him.

Ellen heard about an adoption program dedicated to kids with Down syndrome born in China, where they were often considered “unadoptable.” The Lindbloms hadn’t previously considered adoption, but the program, and Daniel, inspired them. “My heart just said, ‘Yes,’” says Ellen.

Just like Daniel, and like many children with Down syndrome, Naomi was born with a heart condition. She’d had open-heart surgery as a baby in China, but still needed careful monitoring. Back home in Connecticut, under the watchful eye of Dr. Heller, she thrived, blossoming into the family’s biggest extrovert and an irrepressible hugger.

Then the Lindbloms learned about Ayla. They watched a video from her foster parents, of Ayla throwing a ball and and giggling. They booked another set of plane tickets.

They knew Ayla had a heart condition, and of course, this wasn’t their first or even second time helping a child with that journey. But it wasn’t until they were in Ayla’s foster home in China, bending to meet her in person, that they realized just how dire her situation was. At 6 years old and only 28 pounds, she wasn’t just underweight. She was emaciated.

“Her heart was working so hard,” says Ellen. “All her energy, all of the food she ate, it was all going to her heart just trying to survive.” Back at the hotel room that evening, giving Ayla a bath for the first time, Ellen couldn’t stop crying. This child needed help, fast. 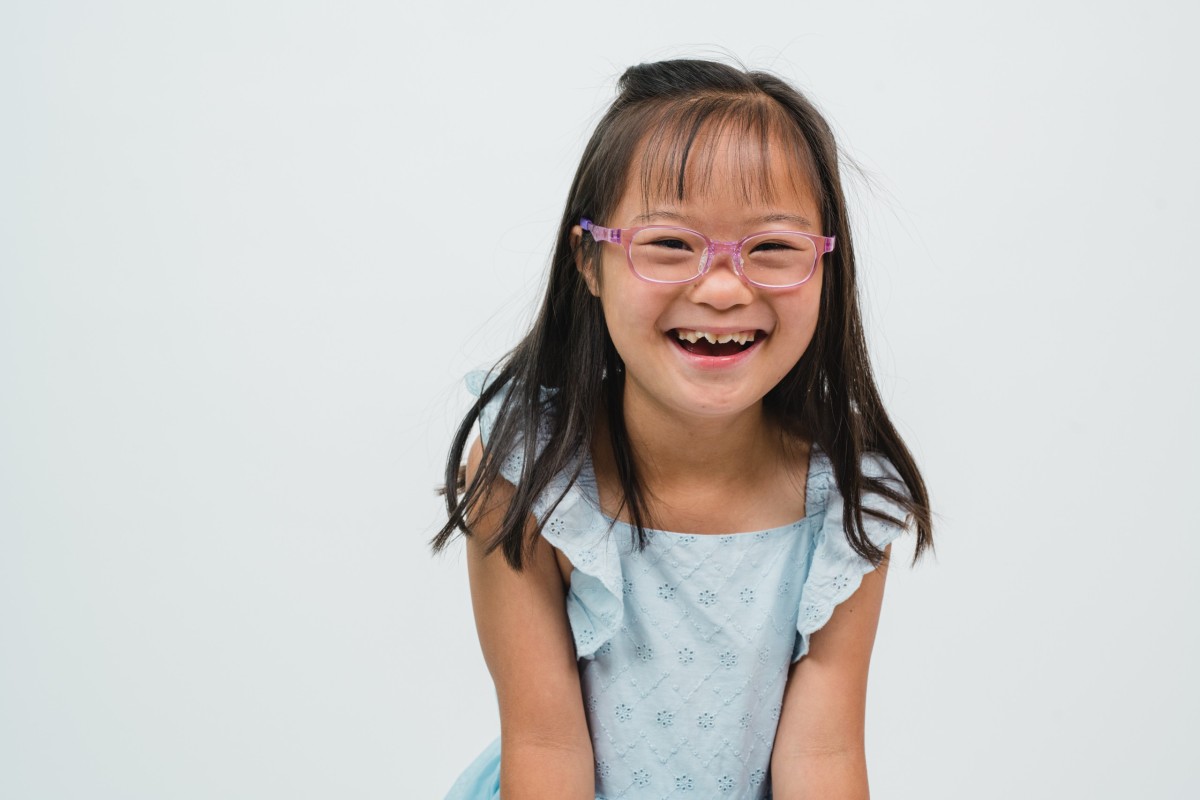 Recovery for Ayla, no longer beyond imagination

Ayla had been born with two holes in her heart. Over the years, the strain on her heart and lungs had developed into the early stages of pulmonary hypertension, a life-threatening condition that can become irreversible.

“It was a full team effort,” says Dr. Kuruvilla.

The team used cardiac catheterization to understand the exact anatomy of Ayla’s heart and lungs, and began delivering sensitive medication to get her strong enough for surgery. Six months later, they used this advanced, minimally invasive technology again during another cardiac catheterization procedure. This procedure not only confirmed the improvement in her pulmonary arteries, but actually plugged up one of the holes in her heart. Two weeks after that, cardiac surgeon and division head Dennis Mello, MD, repaired the remaining hole.

And what had previously been beyond imagination… came true.

For the first time in her life, Ayla’s pulmonary pressures reached a normal level. Then they stayed there. Even when Dr. Kuruvilla tapered off her medication, her levels held strong. Incredibly, after six years of strain, her heart and lungs had recovered.

“She’s doing amazing. Once the cardiac defect was repaired, she started gaining weight and her development progressed, her energy level improved. It’s really nice to see her come into her full self,” says Dr. Heller. 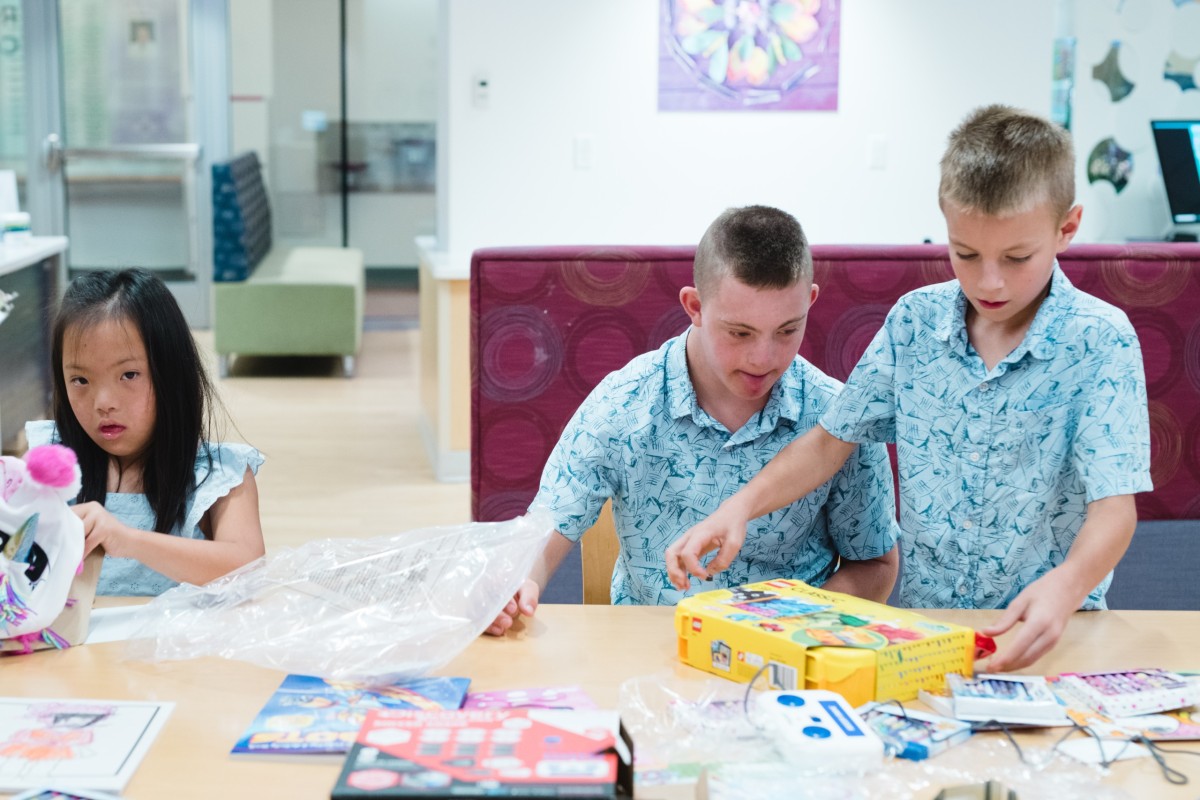 “This family has been such an inspiration”

Today, Ayla and Naomi are 9 years old. Daniel is 14. All three kids are thriving.

They’re regulars around Connecticut Children’s: In addition to the Heart Center, the siblings see the Ear, Nose & Throat (ENT) division, and if they ever need it, they have access to the ENT Down Syndrome Clinic.

Because of their unique heart anatomy, they’ll always need care from congenital heart specialists — even as adults. Connecticut Children’s has one of the first accredited Adult Congenital Heart Disease programs in the nation, which Dr. Heller directs.

“All three kids will need cardiac follow-up for the rest of their lives,” says Ellen. “We’re just so thankful it’ll be with Connecticut Children’s.”

It’s where their care began, and it’ll be with them for life.

“This family has been such an inspiration. They’ve really opened their hearts in such a huge way, and created a beautiful life for all of their children,” says Dr. Heller. “That’s all we all want for our kids: to be happy and healthy and loved. With good care, even the most challenging and serious medical problems can be overcome.”

Watch their story, as told by the family and Connecticut Children’s specialists.