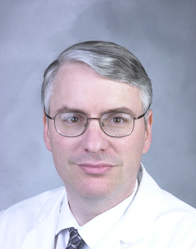 Clinical Professor of Pediatrics, University of Connecticut School of Medicine

Dr. Wiley is the founding medical director for Emergency Department and the first Division Head for Pediatric Emergency Medicine in the Department of Pediatrics at the University of Connecticut School of Medicine. He has published or edited more than 280 original articles and online topics in the areas of evidence-based pediatric emergency medicine practice, emergency department administration and medical toxicology.

Dr. Wiley was a medical officer for the CT-1 Disaster Medical Assistance Team and provided medical relief care to victims of Hurricane Katrina, the 2010 earthquake in Haiti, and Hurricane Sandy. From 2002-2007, he served as the pediatric consultant for disaster preparedness to the State of Connecticut. Dr. Wiley is a Fellow of the American Academy of Pediatrics and the American College of Emergency Physicians.

Practice Name:
Specialties:
Back to Top