There is no one else quite like Youssef Shahine.

Sure, when he’s blasting music on his headphones or glued to a video game, he’s a typical 14-year-old. But ask him a question about life, and he’s wise beyond his years.

“I like to look at the good stuff,” says Youssef. “Yes, there are rough times. But you can turn any bad experience into a good one. You can learn from it and grow from it.”

He is a unique, and uniquely inspiring, teenager. And part of the reason why is his health journey.

“They know how to make kids feel safe”

When Youssef was 11 years old, a trip to Connecticut Children’s Emergency Department for leg pain quickly turned into X-rays, an MRI, a biopsy, and then, a cancer diagnosis. The same week, Youssef started chemotherapy under the care of pediatric oncologist Andrea Orsey, MD, MSCE.

In the battle against cancer, kids like Youssef need this swift response, and the right team around them for the journey ahead. Connecticut Children’s Center for Cancer & Blood Disorders is here for them, with coordinated expertise and cutting-edge supportive care, including research partnerships, novel therapies and clinical trials that are pushing the boundaries of how pediatric cancers are treated.

And as Connecticut’s only health system 100% dedicated to children, Connecticut Children’s provides this care in a way that no other hospital in the state can.

“Everyone at Connecticut Children’s is hand-picked for kids – the doctors, the nurses, the Child Life specialists, the people from the X-ray room,” says Youssef. “They know how to make kids feel safe. They knew how to make you smile and laugh. It feels like a home.”

“Everybody cares. Everybody listens.”

For the next 10 months, Youssef was in and out of the hospital for chemotherapy, plus surgery with orthopedic surgeon Adam Lindsay, MD, who used cutting-edge technology to spare Youssef’s leg. Dr. Lindsay removed the end of Youssef’s thigh (femur) bone, then reconstructed his leg and knee using a customized knee replacement implant. Using a magnet, this implant grows with Youssef over time.

As Youssef worked on his sixth grade studies from home, the Cancer Psychosocial Team provided mental health support, and the Adolescent and Young Adult Cancer Program offered the social connection he otherwise would’ve missed. He hung out in the United Technologies Family Resource Center and played video games with other patients. He met nonprofit groups like the Hole in the Wall Gang and traveled to Chicago with the Sunshine Kids, accompanied by his favorite Connecticut Children’s nurse. He made friends that he’s still in touch with today. 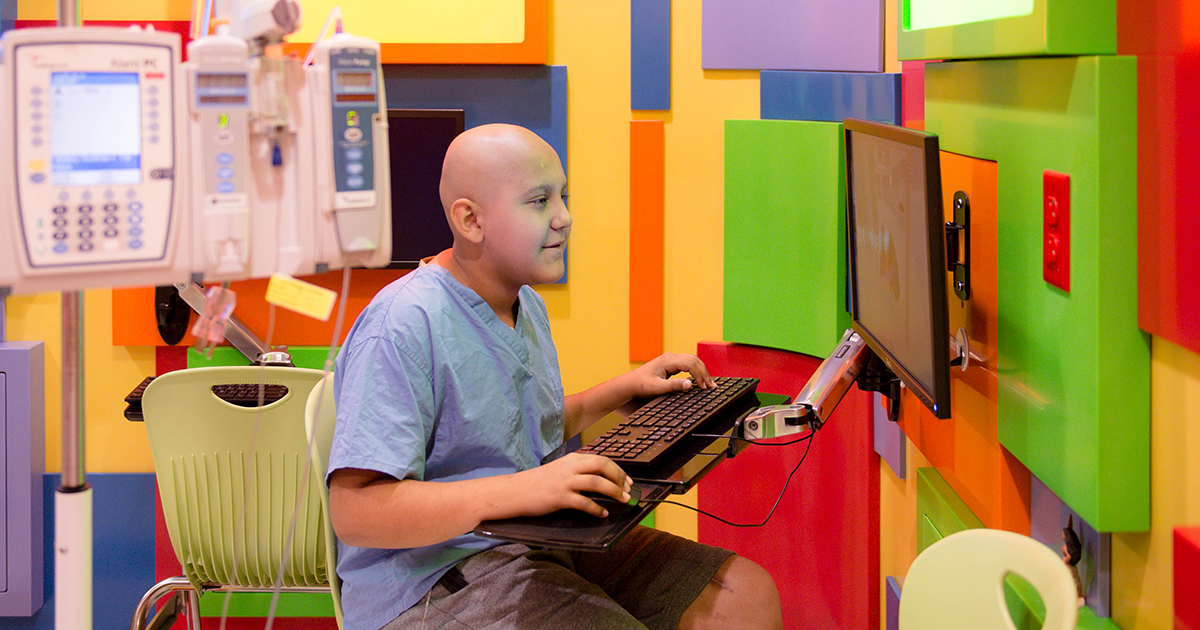 “I started seeing my visits at the hospital as something exciting to do,” says Youssef. “The people at Connecticut Children’s don’t make it feel like a doctor’s visit. They go above and beyond to add a little bit of goodness to your day.”

His mom, Joumana, initially worried about staying strong for her son without being able to lean on her own parents and siblings, who live in Egypt. But she found a support network all around her.

“From the doctors to the nurses to the people who come to clean the room, you feel that everybody cares. Everybody listens,” says Joumana. “Connecticut Children’s became like a second family, a huge family, supporting us everywhere and anywhere. We never felt alone.” 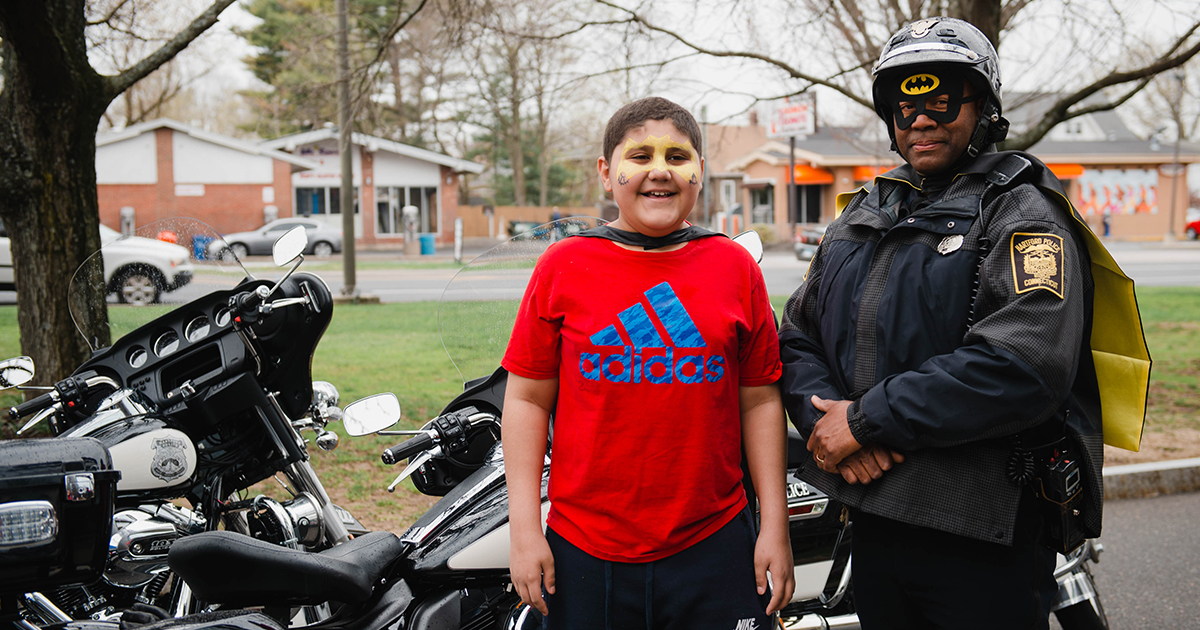 “If you have the right people around you”

It’s been more than two years since Youssef finished cancer treatment. He now returns to Connecticut Children’s only for occasional check-ins with Dr. Orsey. Every three months, he visits Dr. Lindsay’s clinic for a painless lengthening procedure for his leg. He recently completed sessions with Connecticut Children’s Division of Physical Therapy too – with their expertise and “tough love,” combined with his own determination, he’s even been able to return to basketball. He plays center on his high school team at Gray Path Academy in Manchester, where he’s a freshman.

But sports are just one piece of who Youssef is. He’s also an aspiring computer engineer, who recently built a computer in his spare time. He’s into anime and video games. He’s close to his family, including his two sisters, but he’s also independent – many evenings after school, he rides the bus to the gym to work out, often with his bright blue headphones on, playing a soundtrack to his day. He is aware of how special these moments are.

“I can go to a barbershop and cut my hair. I can eat a sandwich without feeling sick. I can go outside and walk through the world,” Youssef says. “There were definitely rough moments when I was sick, but I really learned to appreciate life.”

“You can turn any bad experience into a good one,” he adds, “if you have the right people around you.”

Connecticut Children’s is proud to be among those people – for every patient and family, including the one and only Youssef Shahine.

Learn more about our Center for Cancer and Blood Disorders