The North Hartford Ascend Pipeline is a cradle to career effort to ensure children living in the North Hartford Promise Zone – which includes the Clay Arsenal, Northeast, and Upper Albany neighborhoods – have the supports they need to reach their full potential.

Overseen by Connecticut Children’s, Ascend partners are working to create a comprehensive and integrated network of programs and services that will be universally available to children and families in the North Hartford Promise Zone. Ascend will address academic, social, economic and health inequities faced by families in North Hartford, which have been exacerbated by the COVID-19 pandemic. Partners will work to eliminate disparities in outcomes based on race, ethnicity, disabilities and other factors so children and families are able to thrive. 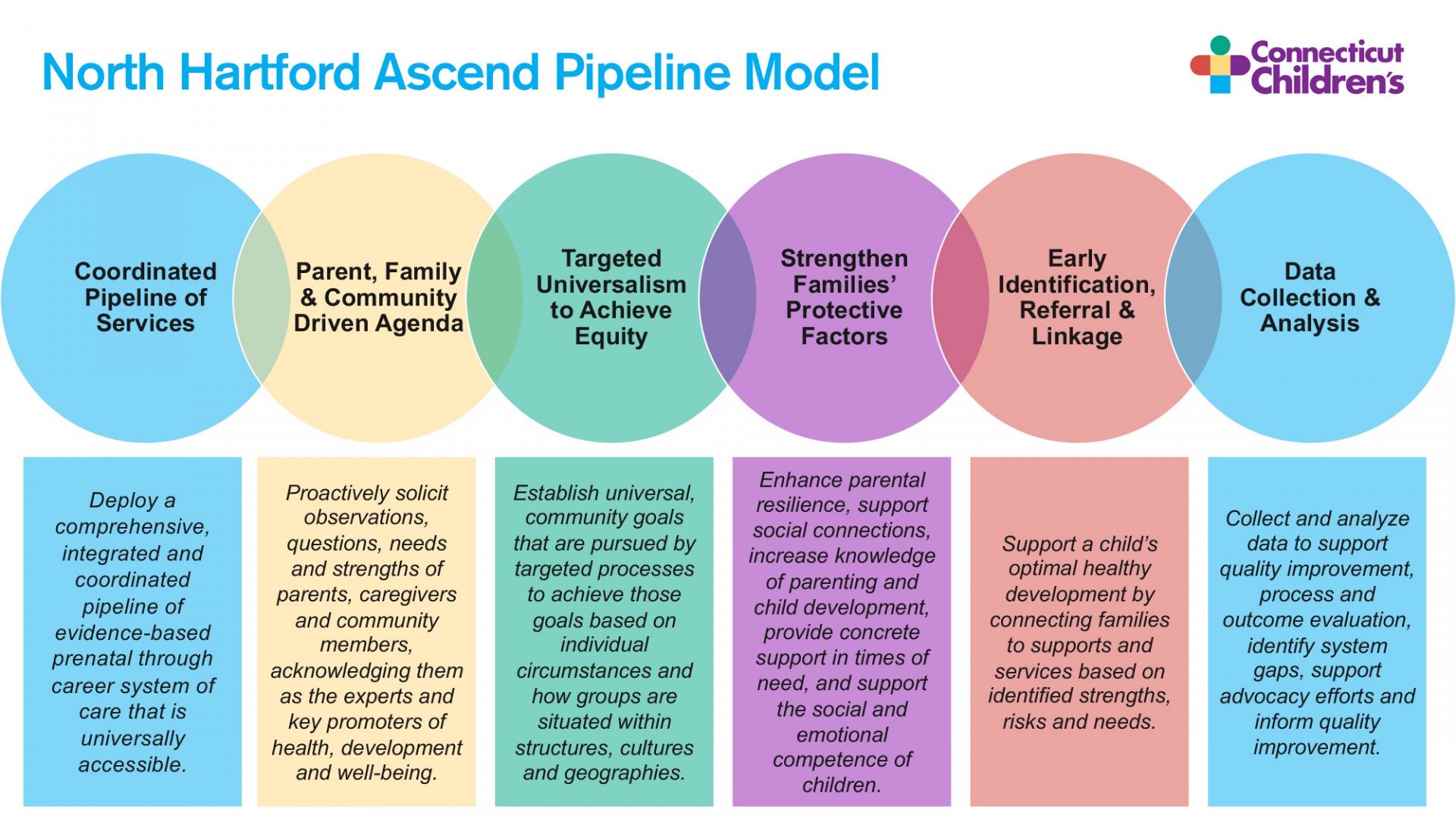 The Goal of Ascend

Ascend is partnering with the community to build an integrated and coordinated pipeline of services and supports that will help children and families reach their full potential. Ascend will: 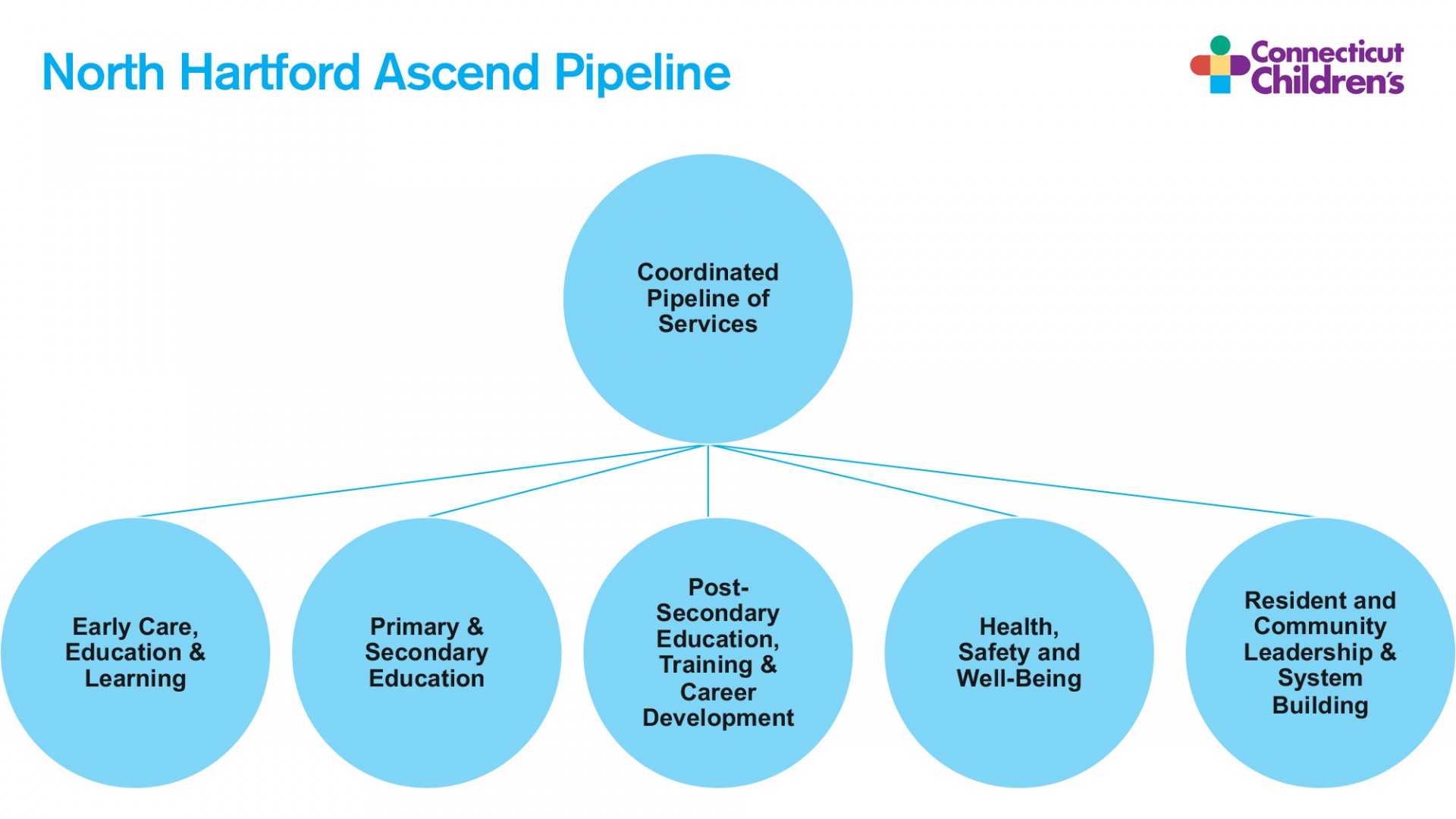 Note: The contents of this webpage were developed under a grant from the U.S. Department of Education, Promise Neighborhoods Program. However, those contents do not necessarily represent the policy of the U.S. Department of Education, and you should not assume endorsement by the Federal government. In addition to the five year, $30 million grant, partners involved in the project plan to contribute $36 million in matching funds over the five-year period, bringing the total investment in North Hartford to $66 million.

Read Jenna-Lee's Story
Back to Top