For many children who live in New England, skiing is a part of winter. However, for some children with special needs, the sport is a challenging one that their families often avoid.

“He absolutely loves it” 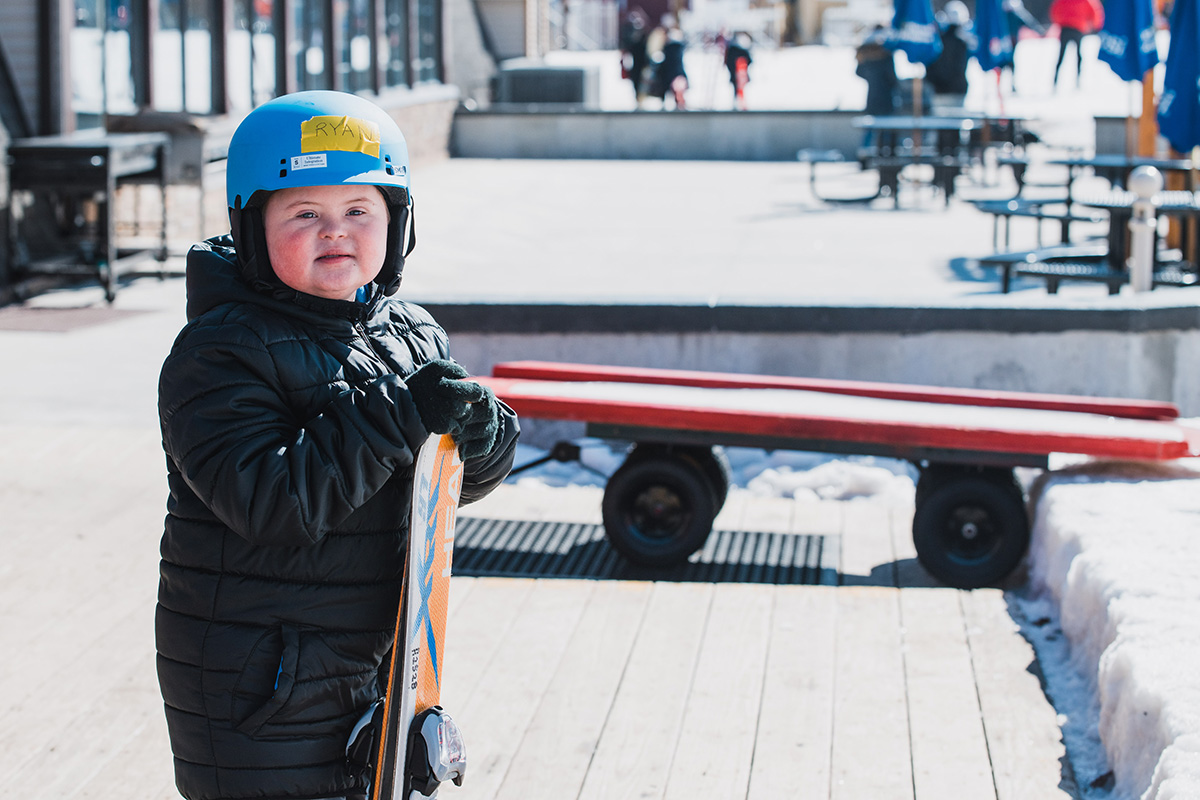 Melissa Yager of Brookfield, Connecticut was reluctant to have her son Ryan try the sport until she found the Skiers Unlimited program offered by Connecticut Children’s. Ryan, age 8, has Down syndrome.

“I was hesitant but I said, ‘Let’s do it. Let’s try it!’ and he absolutely loves it,” says Melissa. “He’s a happy, healthy 8-year-old little boy who loves trying new activities. Skiing came very naturally to him.”

The Yager family travels about 40 minutes to get to Mount Southington, where the program runs every Friday afternoon during January and February.

“There aren’t too many adaptive sports where we are from in the greater Danbury area,” says Melissa. “We usually have to travel anywhere from 40 minutes to an hour to participate in activities such as these, but it is well worth it.”

“A pattern of exercise and physical activity” 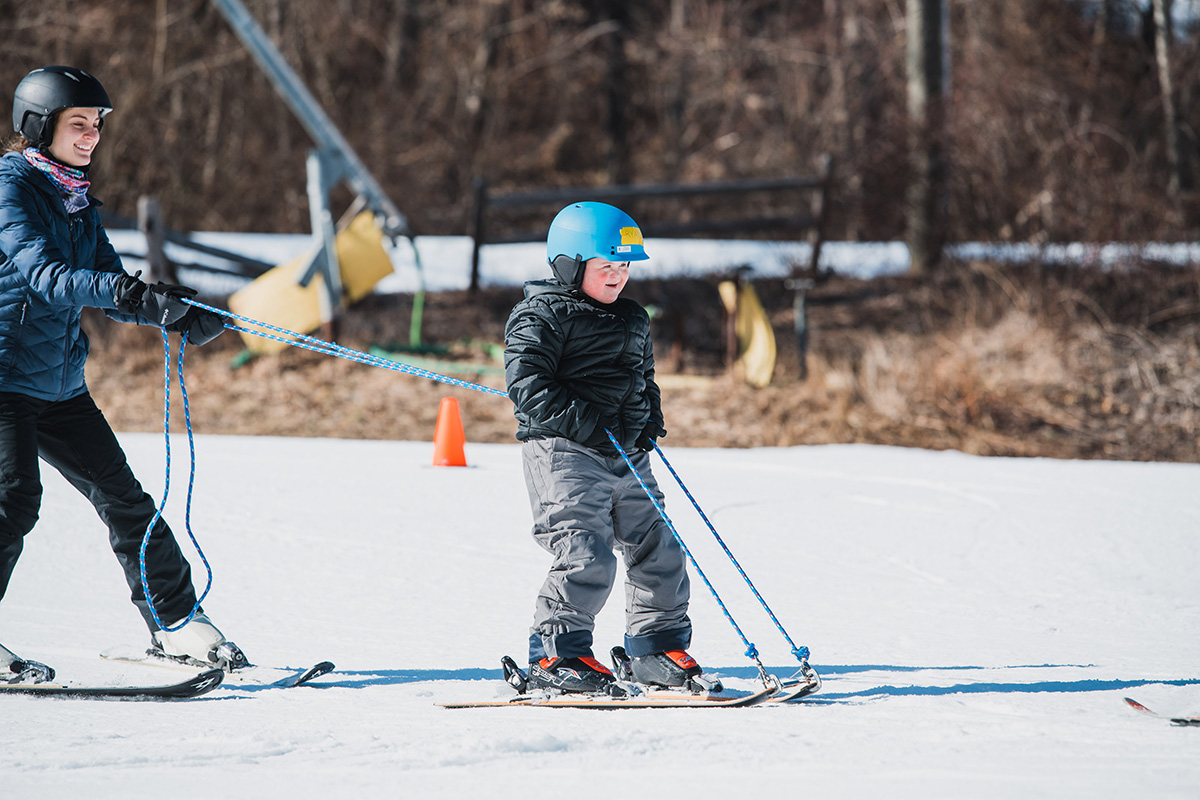 Connecticut Children’s has offered the Skiers Unlimited program for close to 40 years. This winter, 25 children participated in the program. In addition, siblings and parents are also encouraged to ski.

“Ultimately, we hope that they won’t need us and they can continue enjoying skiing as a family,” says Steve Balcanoff, the community relations manager for Connecticut Children’s. “It’s great for them to be able to be outdoors and appreciate it.”

Mount Southington welcomes the Skiers Unlimited program every year at no charge to the families or organizers. As many as 60 volunteers work with the skiers every year, including some from Connecticut Children’s and others from Quinnipiac University who are studying to go into the healthcare field.

The children who participate in the program have a variety of health or developmental challenges, including autism, Down syndrome, cerebral palsy and spina bifida.

“Just try it out” 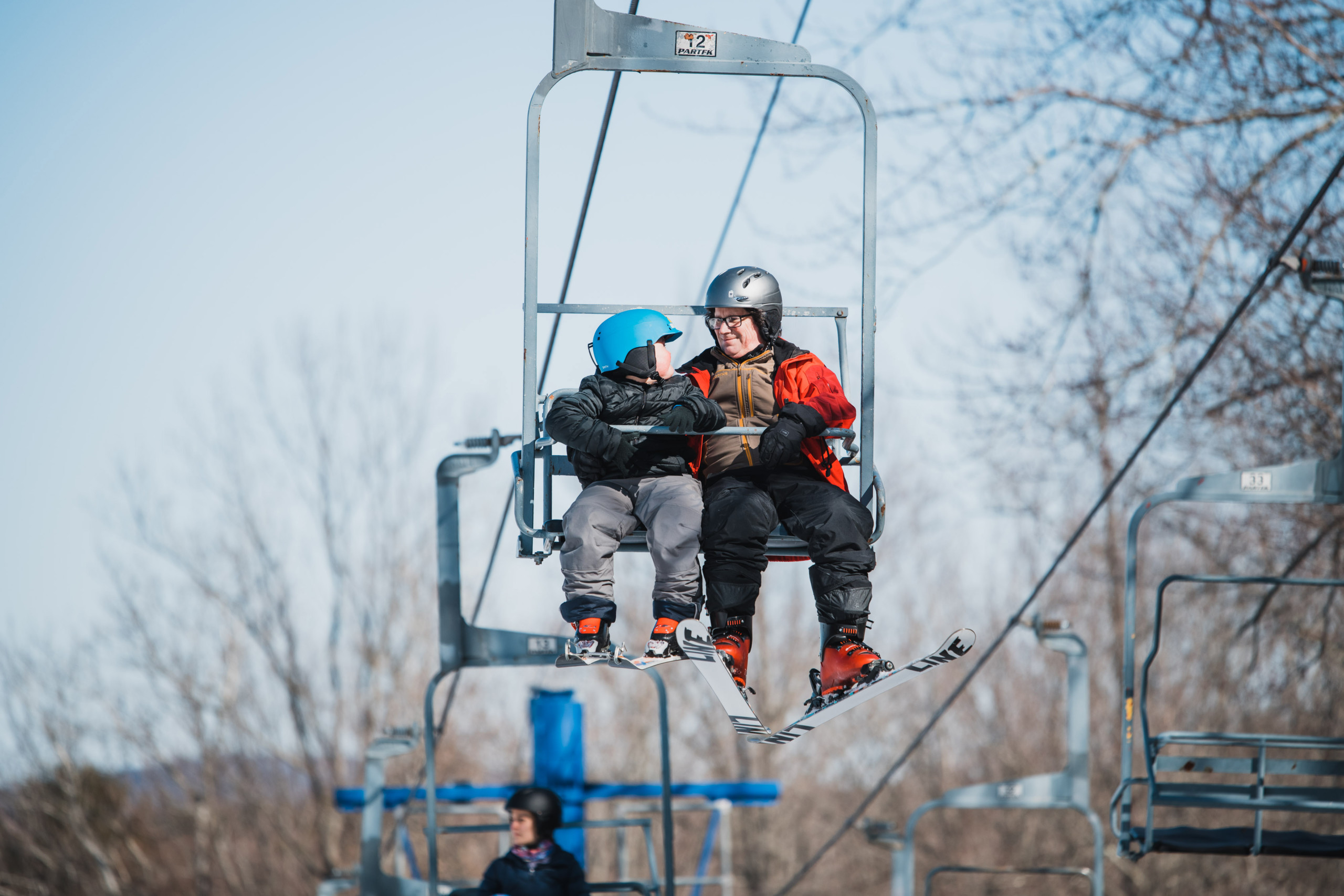 While the Yagers often have to drive considerable distances for Ryan to participate in fun activities for children with special needs, they are finding medical care closer to home. Recently, they started seeing a specialist at one of Connecticut Children’s satellite offices in Danbury.

“It’s something we need because we have limited children’s services in the Danbury area,” says Melissa. “It’s great that Connecticut Children’s has a satellite office in Danbury that offers bloodwork, ultrasounds and office appointments so we don’t have to drive to Hartford. It’s very convenient for us.”

Meanwhile, Ryan looks forward to the ski program at Mount Southington every week. He loves to return home and tell his teachers and friends at school all about his adventures.

“They know he goes there every week so they’re always asking him questions about skiing,” says Melissa. “It gives him something to talk about, which helps his communication skills as well.”

This is Ryan’s second year participating in Skiers Unlimited. His family hopes to return for more fun on the slopes next winter.

“He can do everything every other kid can do,” says Melissa. “It just takes a little longer for him to get there. It’s wonderful to see how confident he is out there on the slopes.”

“If you have a child with disabilities, I would just treat them like any other child in terms of these sports activities,” says Melissa. “Just try it out, because you never know what is going to happen. He’s completely surprised me and we’re very grateful that a program like this exists.”

To learn more about other community programs offered by Connecticut Children’s, click here.