When Cameron Soto had a life-threatening injury three years ago, a highly specialized team saved his life. Surgical innovation transformed his future. And compassionate care got him through it all.

But if you met Cameron today, you couldn’t know any of that. You’d just see a sweet, chatty 4-year-old with bubbling-over enthusiasm, who has a way of greeting everyone like a friend – and finding common ground in Buzz Lightyear, breakfast, and assorted superheroes. You’d see a kind, healthy kid who is constantly making his corner of the world a better place.

“He is making up for lost time,” says mom Marisa. 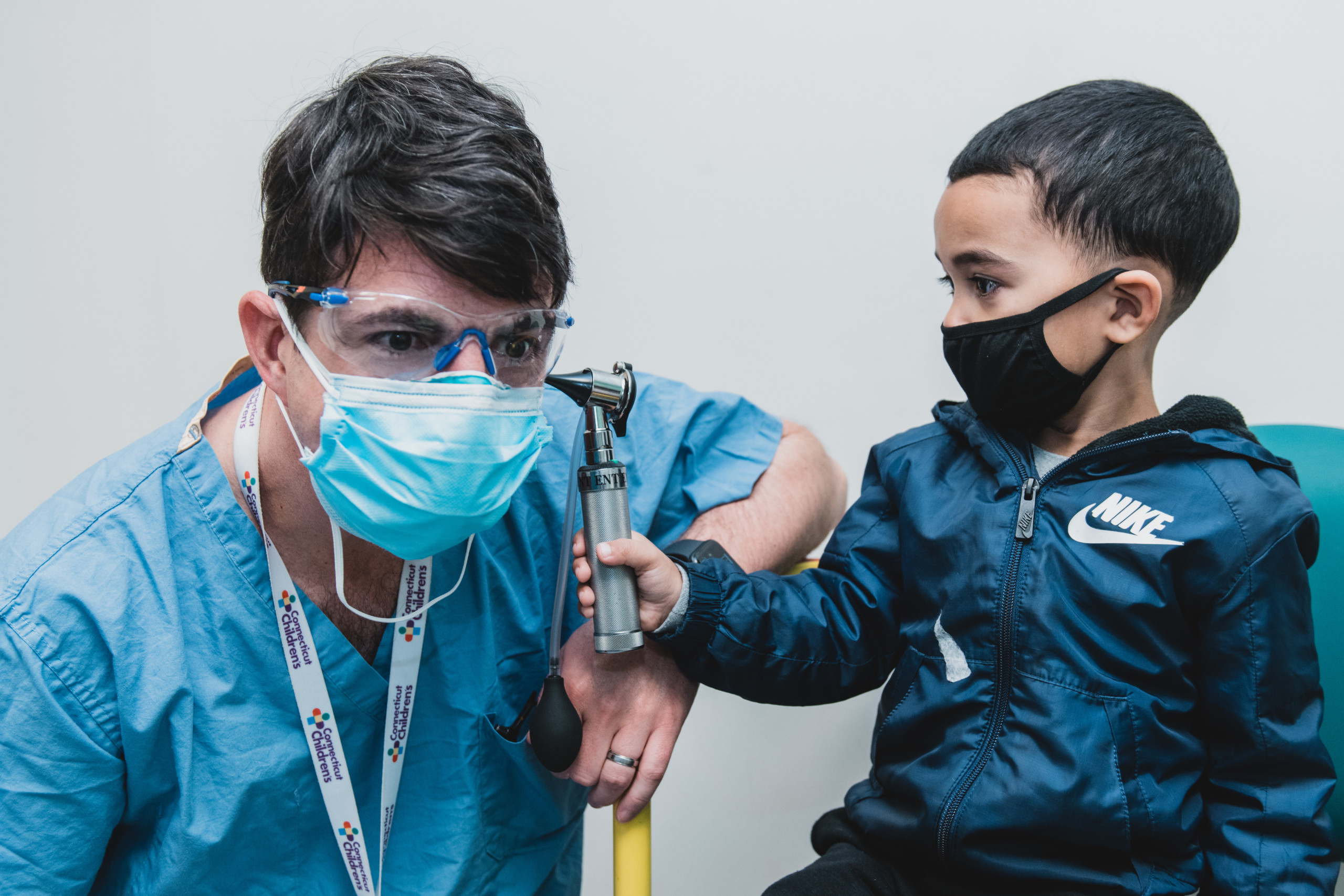 “We’ll get through this”

Three years ago, when Cameron was just 13 months old, he got his hands on a lithium coin battery and popped it in his mouth, where it got lodged in his esophagus. By the time he was rushed to Connecticut Children’s, it had created a chemical burn in his throat – and swelling from the bottom of his brain to the top of his heart. (If your child swallows a battery, call 911 or go to the Emergency Department immediately. If you can, call Poison Control’s button battery ingestion hotline at 800.498.8666 while you’re on the way. Learn more.)

Connecticut Children’s has a special protocol in place for battery ingestion, saving precious minutes when a child like Cameron arrives in the Emergency Department. Cameron was rushed to the operating room and a team led by pediatric surgery medical director Richard Weiss, MD, FACS and pediatric ear, nose and throat specialist Christopher Grindle, MD, removed the battery within 15 minutes.

Then, they turned their attention to Cameron’s long recovery. 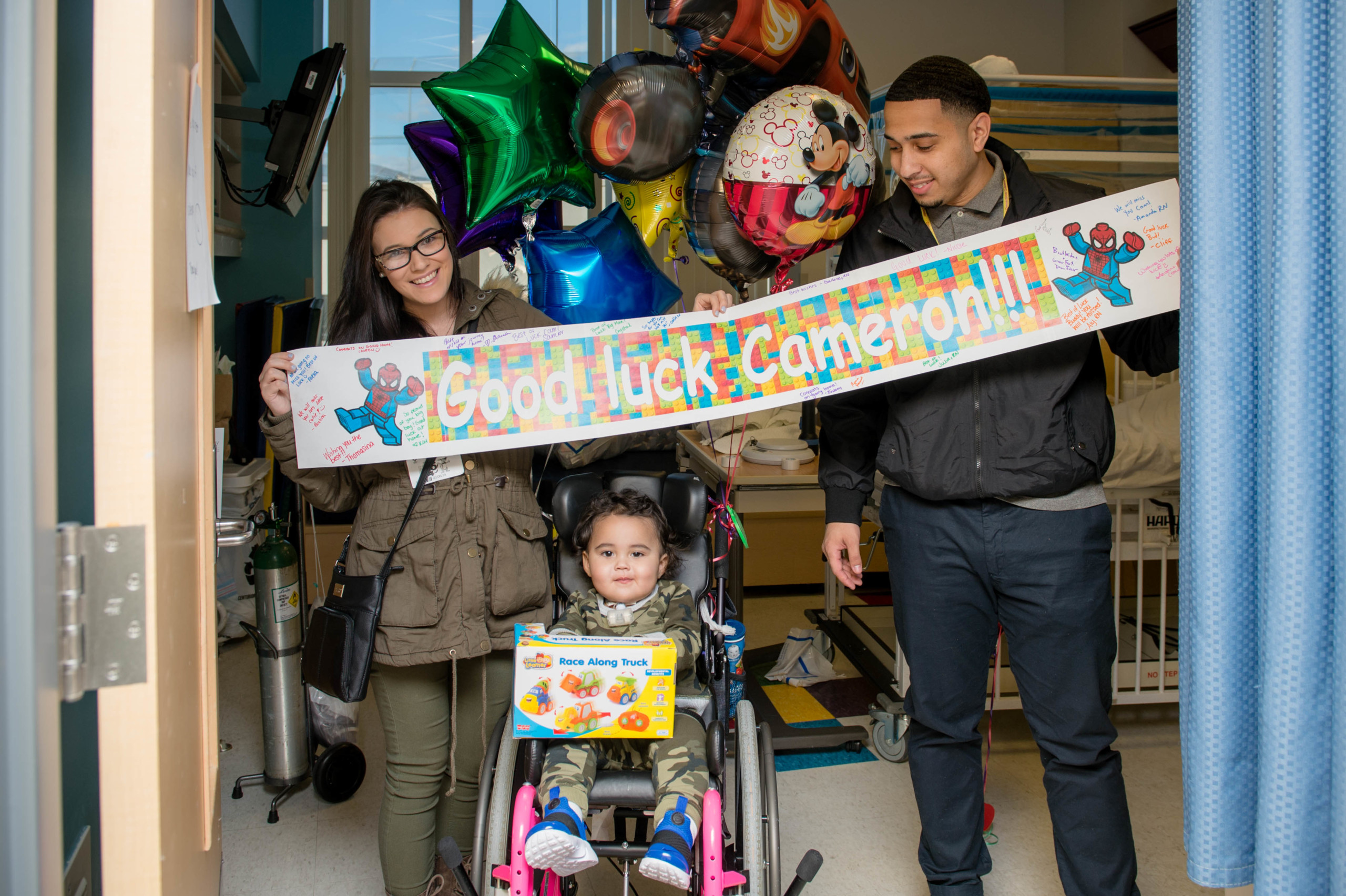 “We all worked together to help Cam”

For the next two months at Connecticut Children’s, Cameron was in the intensive care unit, at times intubated and asleep, using a machine to breathe. When he awoke, he had to relearn all the milestones that Marisa and husband David had celebrated long ago – holding up his head, swallowing, walking. Because of damage to his vocal cords, he needed a tracheostomy tube inserted through his neck, into his windpipe, to help him breathe.

“It was the hardest thing,” says Marisa. “But Dr. Grindle said, We’ll get through this, and he’ll be okay, and this is the best thing for him.’”

Two years later, after careful watching and waiting, Dr. Grindle and the Ear, Nose & Throat team led another surgery for Cameron. They took a piece of his rib, carved it to size, and inserted it at the back of his vocal cords. It propped the vocal cords open just enough for Cameron to breathe on his own again – a future without a tracheotomy. Today, aside from a small scar on his neck, you could never tell what he’s been through.

“There were a ton of people involved in Cam’s journey,” says Dr. Grindle. “Everybody from the nurses in the Intensive Care Unit and on the floor to the staff in the operating room; the general surgery team; Ear, Nose & Throat; Gastroenterology – all of us worked together to help Cam live his best life. That’s what makes the care we give here at Connecticut Children’s so special.”

“Taking care of your child the way you would”

“I brag about Connecticut Children’s to everyone, because we were there every single day for months – and they were amazing,” says Marisa.

When Cameron was spending those first long months at Connecticut Children’s, Marisa and husband David and their two other children were often gathered around him with other family members. Many nights, when Cameron couldn’t be disturbed by visitors, it was just Marisa and the nurses. And some nights, when she would tear herself away for a few hours, it was because of his care team’s kindness. 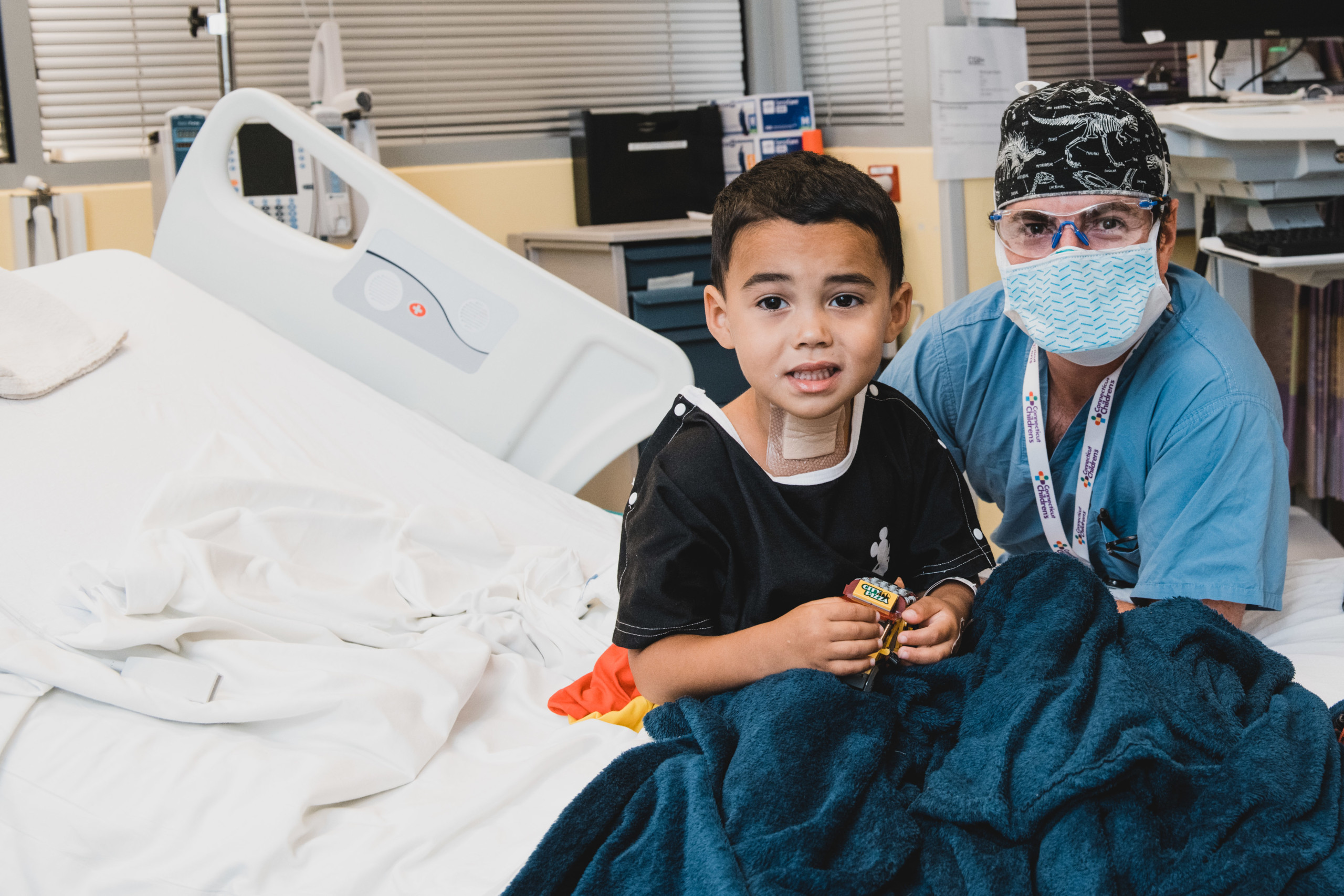 “They were so close with Cameron,” she says. “I could go home and be a mom to my other kids because I knew they were there with him, taking care of him.”