Seventeen-year-old Haley Lespier, a three-sport varsity athlete at Maloney High School in Meriden, recently received an incredible honor. Out of all the athletes in New England, New York and New Jersey, she was the selected as the sole regional winner of the 2020 National High School “Spirit of Sport” Award. It followed an award, a few months earlier, on behalf of the state of Connecticut. 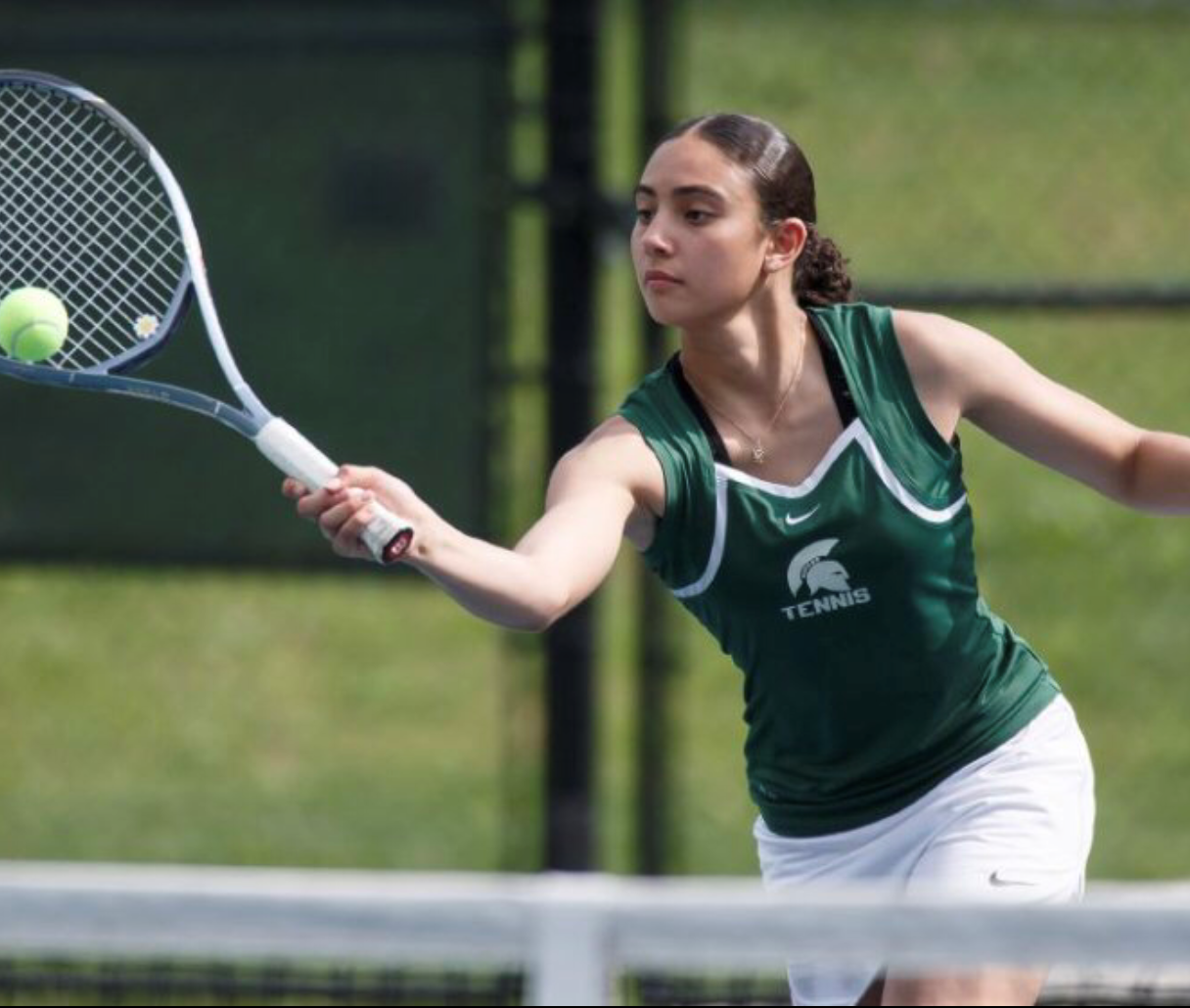 In all the news coverage surrounding these achievements, her teammates, peers and community learned something surprising about Haley: She is a brain cancer survivor. Ten years ago, she had major surgery to remove a cancerous tumor.

More surprising still, the surgery was on the part of the brain that controls movement, coordination and balance.

“That’s when they found it”

It started with headaches in the middle of the night. Haley was 7 years old, and the pain would wake her up. By day, she’d mostly be fine. At first, her pediatrician thought it might be allergies or a cold coming on, or the start of migraines. Haley’s family, including her twin, Abigail, wasn’t so sure.

So one day, when Haley said her head hurt too much to go to school, Abigail looked at her twin sister, then their mother, and said, “Mom, she’s not faking.”

Mom Jessica and father Alejo (“Al”) took it seriously. After a trip to Connecticut Children’s Emergency Department and another conversation with Haley’s pediatrician, they insisted on an MRI. They brought all three of Haley’s siblings with them to the MRI appointment, figuring they’d get the MRI, learn the results, then take the whole family out to dinner.

“That’s when they found it,” says Jessica: “A golf-ball-sized tumor on Haley’s cerebellum.”

It was 15 days before Christmas.

“She was a miracle”

The cerebellum is the part of the brain that helps a person hit a tennis ball, jump and down, and walk across a room. It plays a central role in almost all movement. 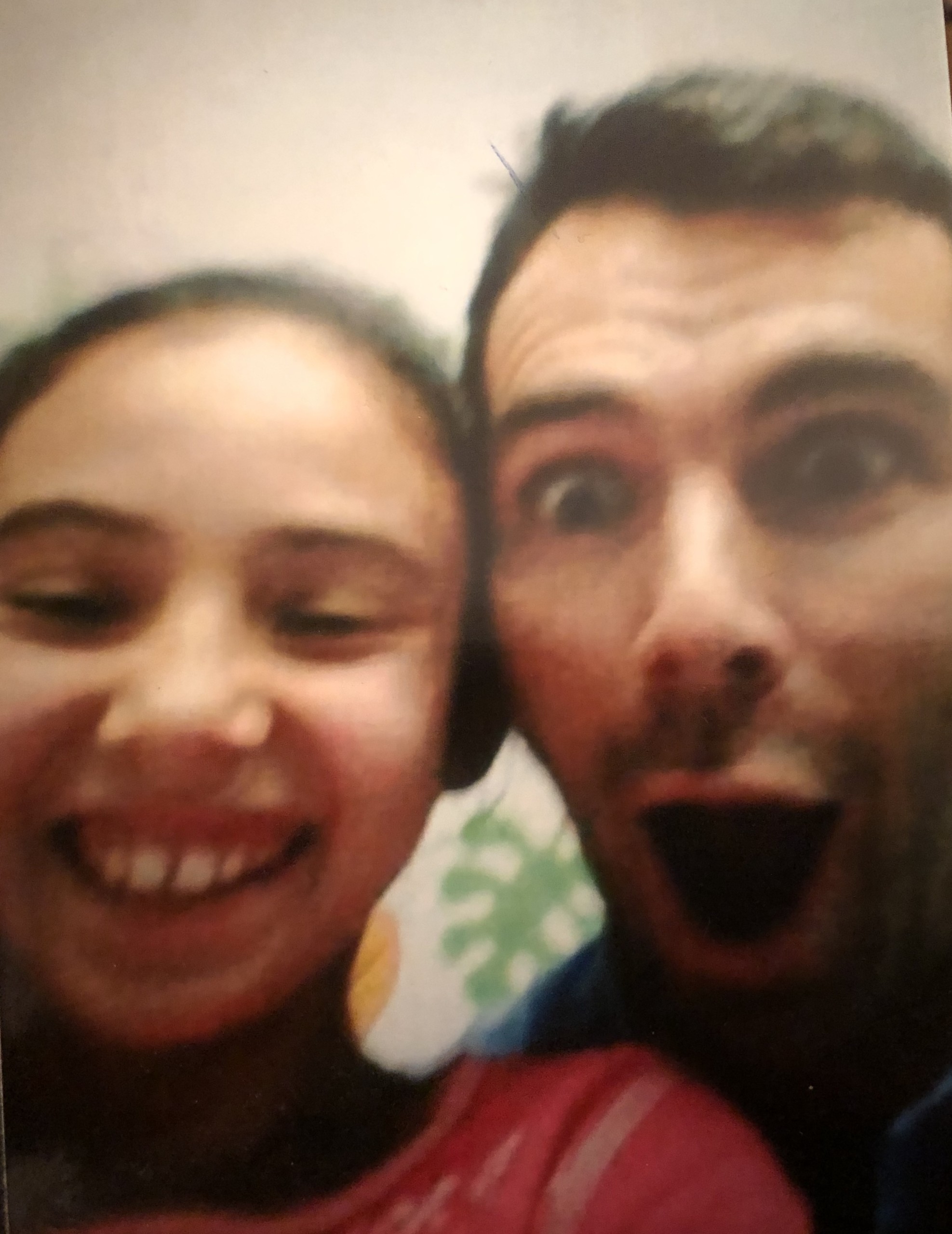 On Dec. 13, a team led by Jonathan Martin, MD, FAANS, head of Connecticut Children’s Division of Neurosurgery, performed surgery on and around this part of Haley’s brain. It took seven hours, but in the end, they removed the tumor in its entirety.

The very next day, with help, Haley was able to walk down the hall outside her hospital room. She was home in time for Christmas.

“She was a miracle,” says Jessica.

From her week recovering at Connecticut Children’s, Haley remembers visits from Santa and getting her face painted by a clown. She remembers walking the halls to look for the Elf on the Shelf while she regained her strength and balance. Most of all, she remembers the kindness of her care team.

“I will never forget Dr. Martin and Nurse Barbara,” Haley says. “They were always so nice and happy to see me. Abby and I would always try to trick Dr. Martin by switching places before he walked into the room – but that didn’t work out for us because he would know to look right for the scar.”

In 2015 – five years and annual MRIs after her surgery – Haley was declared fully healthy, and cleared from Dr. Martin’s care. Because Dr. Martin had successfully removed all of the tumor, she never had to go through radiation or chemotherapy, and the tumor never regrew.

A few months later, in honor of their 13th birthday, Haley and Abigail held a fundraiser for Connecticut Children’s.

“Every year our parents throw us a big party, so we thought, why not share our day?” says Abigail. “We thought it would be a great way to celebrate being cancer-free.”

Word spread about the cause, and soon the party was too big to have at home. The local YMCA donated their facility; family and friends cooked food for a crowd of about 150; and the birthday cake had a big Connecticut Children’s logo on it. Haley and Abigail raised $3,300, which they donated to the Division of Neurosurgery. 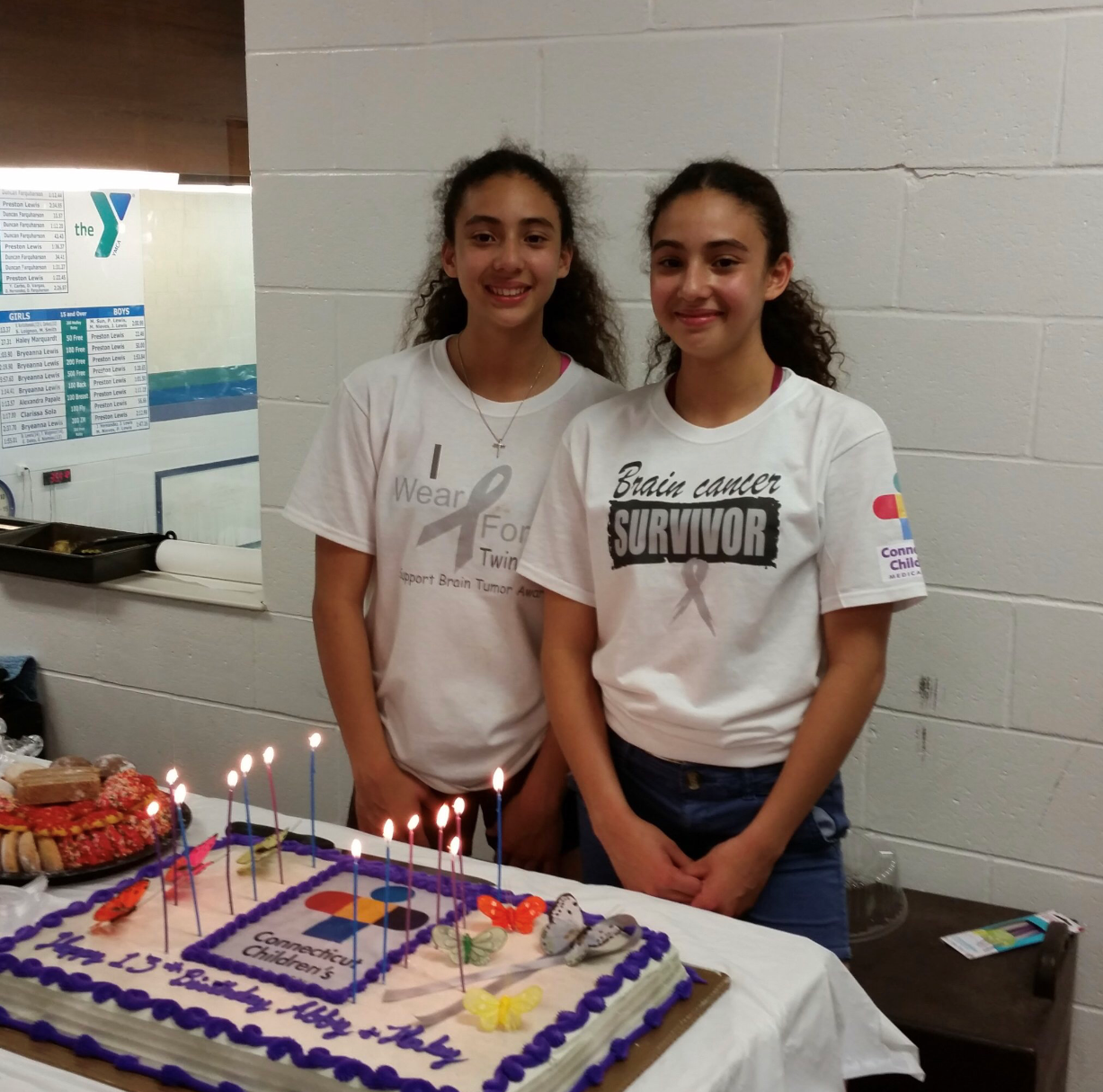 “You will at Connecticut Children’s”

The “Spirit of Sport” award recognizes student athletes who have overcome hardship and gone on to succeed in both the classroom and on their athletic teams. When Haley won the 2019 award for the state of Connecticut, she was shocked – she hadn’t even realized she’d been nominated. Going on to win at the national level – as the 2020 representative for all of New England, New York and New Jersey – “was an amazing experience,” she says.

She is a standout athlete in soccer, basketball and tennis, making varsity every single year of high school. (In tennis, she and Abigail play doubles, and are the high school’s No. 1 team.) She has to make sure she stays hydrated, and dehydration or loud noises can trigger migraines. But besides that, there is no evidence of the golf-ball-sized tumor that once sat on the movement center of her brain.

And Connecticut Children’s has become the Lespier family’s trusted experts for all kinds of pediatric care, including an assortment of sports injuries over the years; when Haley broke her arm in fifth grade, they memorably ran into Dr. Martin in the hospital, who got to admire her cast. Any time one of the girls’ teammates gets hurt, Jessica and Al refer them to Connecticut Children’s too. (We offer same-day orthopedic and sports medicine care.)

“We tell their parents, ‘You’re not going to get pediatric care in your local hospital. You will at Connecticut Children’s,’” says Jessica. “We’re big believers in the care that Haley got here. There isn’t a day that goes by that we don’t think of how blessed we are that Connecticut Children’s was there for our little girl and our family.”