In the third trimester of pregnancy, Hattie and Donnie Donner went to one last ultrasound to check on Hattie’s thyroid levels. Her levels were fine, but something else wasn’t. The ultrasound picked up on two bubbles in the baby’s small intestines. Their baby boy had a rare, life-threatening condition called duodenal atresia.

Just like that, everything they had been imagining and planning for the birth changed. “I was at 32 weeks, and we were starting over,” says Hattie.

Her care was transferred to a team of maternal-fetal medicine specialists, and she and Donnie learned what lay ahead. They learned that, from the moment of birth, their baby would need to be in a Level 4 neonatal intensive care unit (NICU), the highest possible level. They learned that, at just a few days old, he would need life-saving surgery.

And for all of this, they learned, they needed Connecticut Children’s.

It was Hattie’s and Donnie’s first experience with Connecticut Children’s. They didn’t hesitate.

“We wanted the best for our baby,” says Hattie.

> Our pediatric surgeons are now in Westport! View all of our locations

“They kept us in the loop with everything”

Baby Miles was born at 38 weeks, with Connecticut Children’s neonatal specialists standing by. After a few minutes in Hattie’s arms, he was whisked one floor down to the NICU.

Duodenal atresia is a rare digestive disorder where a baby is born with a blockage in the first part of the small intestines. Without corrective surgery, it can be deadly. Connecticut Children’s specializes in this complex procedure – and our surgery center is the only verified pediatric surgery center in the state.

The day Miles was born, Hattie and Donnie met the pediatric surgeon who would lead his procedure, Katerina Dukleska, MD.

“We fell in love with Dr. Dukleska right away,” says Hattie. “She walked us through everything. She was incredible.” 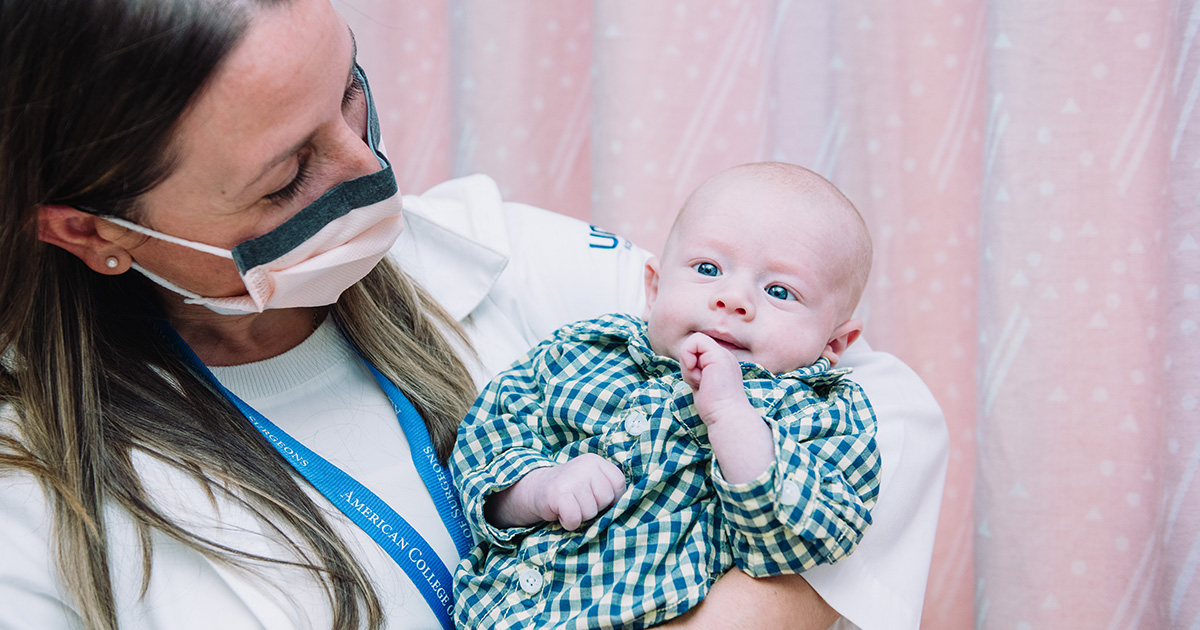 Three days later, Dr. Dukleska’s team operated on Miles. They opened up the blocked portions of his small intestine, then connected them so his digestive system could function properly. In all, the procedure lasted about four hours. Using the EASE app, Hattie and Donnie followed every step.

“The surgical team would update us: ‘Miles has fallen asleep.’ ‘We’re going through the intestines now.’ ‘Miles is doing great,’” Hattie recalls. “They kept us in the loop with everything.”

Get the care your child needs from the comfort of home!

“It was a rollercoaster”

The surgery went perfectly, but Miles’ care team cautioned that he might need up to two months in the NICU before he was ready to go home. With the help of the NICU staff, Hattie and Donnie braced for the long haul.

“The team was so great to work with, and so caring and compassionate,” says Hattie. At 3 am one morning, she wandered down from her own recovery room in Hartford Hospital to check on Miles. A Connecticut Children’s NICU nurse she’d never met before, named Vanessa, greeted her.

“She sat me down and put Miles in my arms,” Hattie says. “She made me feel so welcomed and loved.” When Hattie and Donnie headed home to take care of their other son, the nurses called with updates and sent photos of Miles using Kare, a milk tracking and patient experience app.

A tunnel connects the NICU building with Connecticut Children’s Medical Center, where more than 30 pediatric specialties are based. Dr. Dukleska came through every day to check on Miles. Pediatric nutritionists came by to monitor his nutrition, and speech experts to work on his swallowing. Most days, Hattie or Donnie joined Miles’ doctors and nurses on family-centered rounds, so they could talk about his latest challenges and progress.

“There were highs and lows. It was a rollercoaster,” says Hattie. “But we had great support and advice from the doctors. They said, ‘Just take it one day at a time.’”

> Related: We provide newborn care across the region! Check out all our NICUs and nurseries

“You really are in the best hands”

“One day at a time” went by more quickly than expected: After just 3 weeks in the NICU, Miles was ready to go home. His big brother, 2-year-old Little Donnie, immediately made up for lost time.

“Little Donnie dotes on Miles,” Hattie says. “If Miles cries, he coddles his face and says it’ll be okay. He talks to him like Miles can talk back. He’s told everybody at his daycare about his brother.”

Today, the family is where Hattie and Donnie always hoped they’d be: together, happy and healthy. Back at that 32-week ultrasound, this kind of happy ending hadn’t felt possible. But then, Connecticut Children’s showed them it was – and more. 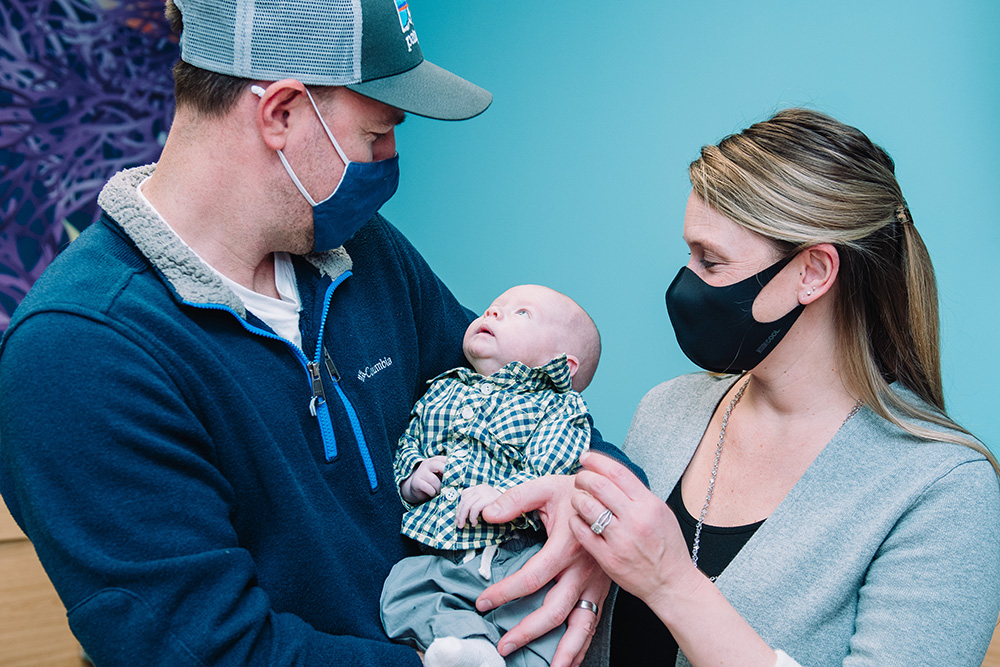 As Connecticut’s only health system just for kids, we don’t stop at what’s possible. We go beyond imagination for our patients – to provide trailblazing care, and happy endings like Miles’.

“I want to let other families know that it may not be easy, but there is a light at the end of the tunnel,” says Hattie. “At Connecticut Children’s, you really are in the best hands. It’s the mothership of all the newborn services in Connecticut, and now I know why.”