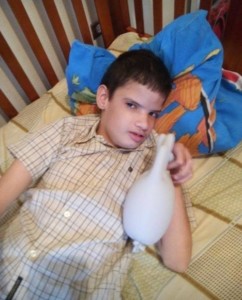 It was December in paradise – a week before Christmas 2015, in fact – when Elizabeth and Cesar Lopez knew they had no choice but to pack up their family, travel over 1500 miles from Puerto Rico to Connecticut and leave the only home they had ever known. It was a move they never planned on taking, but one they don’t at all regret.

After all, their son’s life was on the line.

“From the moment he was born, we had gone from hospital to hospital and from doctor to doctor seeking treatment for our son,” Elizabeth said. “I knew resources were limited; but when he was discharged from his last hospital and we were told to prepare for his death, I refused to accept that as an option.”

At 13 years old, Anthony Lopez was a frail and wheelchair-bound boy. With only one kidney, he suffered from kidney infections multiple times a year and was in constant physical discomfort. As Elizabeth explains, his childhood was compromised as he spent the majority of his time within the confines of a hospital room. He was rarely home – his absence a pain afflicting the entire family.

In 2016 the Lopez family arrived to Connecticut. Within two months of settling into Norwich, a good family friend suggested they seek a second opinion from Connecticut Children’s after describing her own daughter’s positive experience. Immediately Anthony was placed in the care of Carlos Medina, MD, Clinical Director, Urology at Connecticut Children’s. 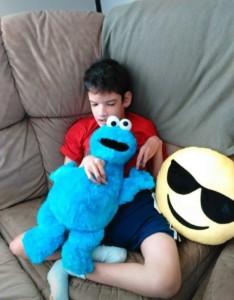 Dr. Medina diagnosed Anthony with ureterovesical junction obstruction (UVJ), a condition where urine and other fluids cannot flush because the path connecting the kidney to the bladder is blocked. Consequently, Anthony was experiencing kidney failure – compounded all the more by years of pyelo nephritis bouts, a potentially dangerous infection reducing his kidney function with each reoccurrence.

Dr. Medina decided an Ileal Conduit procedure would offer the best outcome to a teenager in Anthony’s circumstances. Rather than operate on the kidney, a piece of the small intestine (the ileum) is connected to the outer part of the abdomen, allowing for fluids to drain into an attached bag.

“We offer tremendous care to all our patients, but Anthony’s story I found particularly gut-wrenching,” recalls Dr. Medina. “He didn’t have to have suffered all that he had. We opted to pursue a classic operation to relieve his kidney failure, and it has drastically decreased his infections and greatly increased his quality of life.”

A Tomorrow as Bright as Today

Now Anthony is 17 years old. His mother, members of his family and his care team at Connecticut Children’s Division of Urology can see a marked and visible change for the better.

“He’s smiling now. He can eat – he’s gaining weight! He is home with us,” Elizabeth said. “Dr. Medina and all of the nurses who helped us are our angels. Anthony would not be alive without the help and care we received at Connecticut Children’s. Our son now has a future.”