Haresh Surti may be young at heart, but at 62 years old, he is no kid. So at first, it might seem unusual that he receives heart care at Connecticut Children’s – known far and wide as the state’s only health system 100% dedicated to children.

The truth is, lots of adults receive care from Connecticut Children’s Heart Center and Adult Congenital Heart Disease Services program. That part of Haresh’s story is not unusual.

But his story is rare for another reason.

In fact, it’s the first in the world.

“What would I be doing in a children’s hospital?”

About two years ago, Haresh’s regular doctor sent him to a cardiologist at an adult health system, wondering why he’d been feeling so run down. The cardiologist discovered a hole in Haresh’s heart – a condition that had existed, undetected, since birth – and two additional heart issues that had developed as a result.

As Haresh was taking this in, the cardiologist told him something else surprising: He was referring Haresh to Connecticut Children’s. Haresh’s first thought was, “What would I be doing in a children’s hospital?”

And then Connecticut Children’s cardiology team got to work.

> Related: Get care from home! Schedule a Video Visit in 30+ specialties

“The most high-end, the most technologically advanced”

Because of the numerous issues in his heart, Haresh’s case was complicated. Connecticut Children’s specialists in cardiac intervention, ultrasound, adult congenital heart disease, and pulmonary hypertension worked together to come up with a plan.

“We really support the most high-end, the most technologically advanced medical care for each patient,” says Director of Interventional Cardiology Frederic Bernstein, DO. “We find exactly what the problem requires, and find a way to give patients the best of what they need.”

For Haresh, they started by reviewing all of the existing treatment options. When they weren’t satisfied with what was available, they looked even further – and found a new model of a device that could close the hole in Haresh’s heart, while still allowing just the right amount of blood flow.

The challenge? While this kind of device – technically, a “Multi-Fenestrated ASD Occluder” – is available in other parts of the world, the FDA hadn’t yet approved it for use in the U.S. And the new model that Connecticut Children’s wanted to use for Haresh hadn’t been used yet anywhere in the world.

Dr. Bernstein began the process of petitioning the FDA for a special clearance. While he waited for an answer, he reached out to the device manufacturer, Lifetech Scientific, to learn everything he could. By the time the FDA issued its approval, Dr. Bernstein and the Lifetech Scientific team were chatting regularly, and Haresh was ready to make history.

“All of the doctors agreed and were on the same page,” says Haresh. “Dr. Bernstein took his time and explained everything. It gave me peace of mind.”

> Related: Message with Connecticut Children’s doctors with the MyChart app

“Care that’s not available anywhere else” 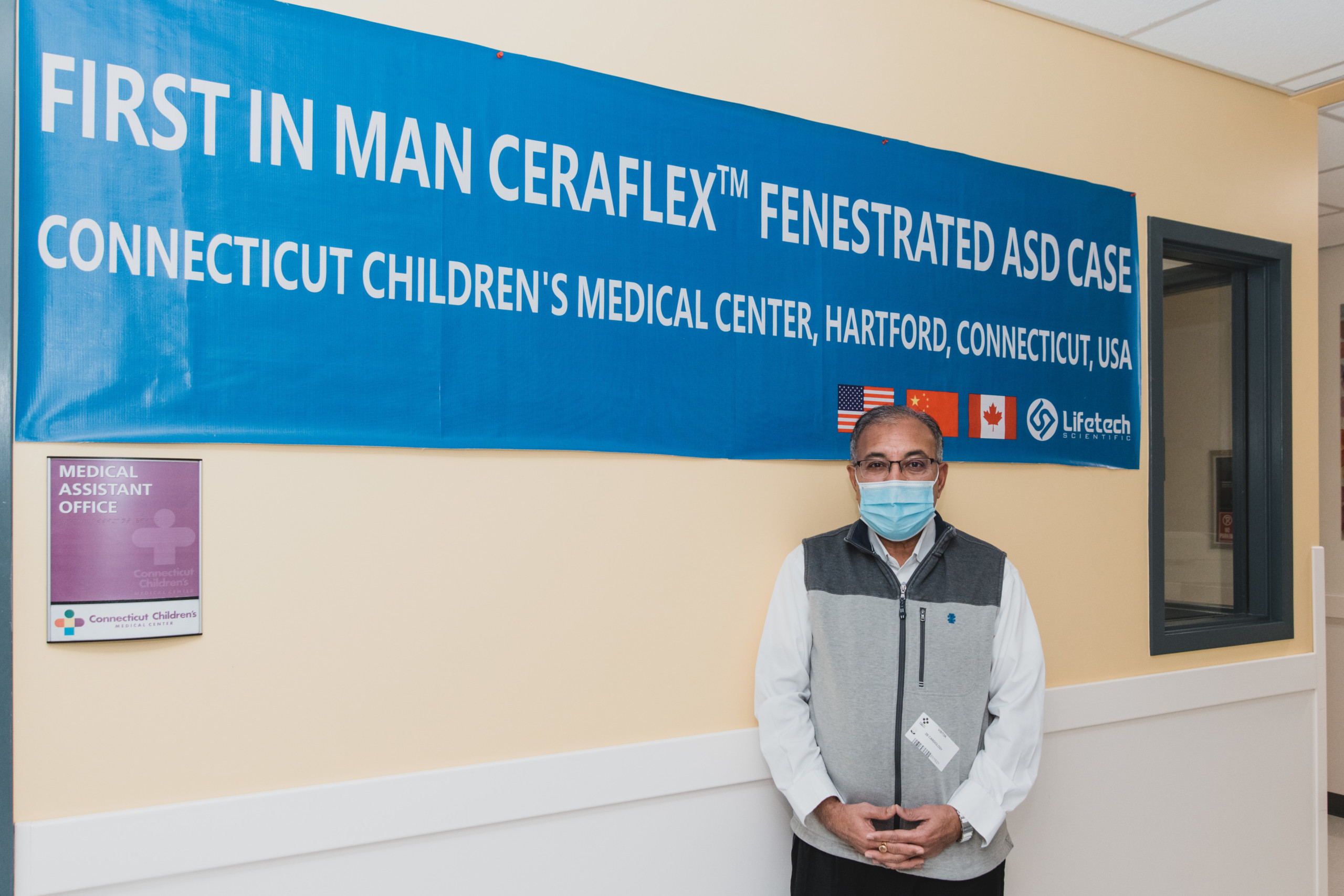 When Haresh’s procedure took place in December 2020, Connecticut Children’s and Haresh became the first in the world to pioneer the newest model of the life-saving device. The device’s manufacturers joined the procedure by Zoom, so Dr. Bernstein could give real-time feedback about their product.

Just two months later, “I can see the difference,” says Haresh. His energy is coming back. He’s feeling better and better every day. “It’s like a miracle,” he says.

“This puts Connecticut Children’s, nationally and internationally, as a health system that is willing to provide care that’s not readily available anywhere else,” says Dr. Bernstein. “We talk to the FDA. We make sure we can provide the best therapies and treatments. We go above and beyond to really tailor our treatments for patients.”