If it races, rolls or jumps, 8-year-old Finnbar Prenty has probably mastered it – from skis to scooters to skateboarding.

But not long ago, this kind of activity was out of the question. Finn began his health journey at another hospital in the state, where he was diagnosed with ulcerative colitis, a condition that causes inflammation and swelling in the digestive tract. His symptoms were so severe that he was losing blood and nutrients. Between the ages of 6 and 7, he had six blood transfusions in almost as many months. He endured a six-week hospital stay, and a string of emergency visits. His weight dropped, his energy flagged, and activities he’d been looking forward to – like learning how to ski – seemed out of reach. 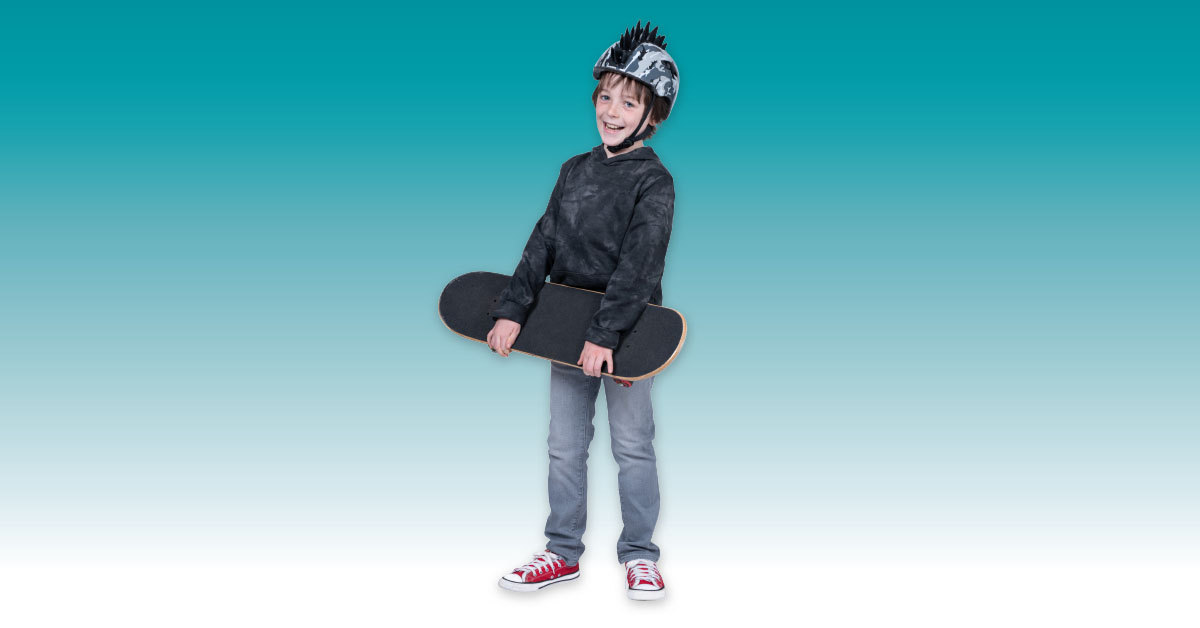 Eventually, the hospital’s care team said they wanted to consult with a doctor from Connecticut Children’s, who had the pediatric expertise Finn needed.

“There is nothing worse than watching your child waste away,” says Heidi. “I felt like [the other health system] didn’t have a lot of experience with children of Finn’s age. It seemed like they didn’t have a plan.” She started Googling the doctor they had mentioned.

Get the care your child needs from the comfort of home!

“You’re in the best of care”

Ulcerative colitis, like other types of inflammatory bowel disease (IBD), is a chronic illness, but research is making a huge impact on how it’s managed. Connecticut Children’s Center for Pediatric IBD – led by Dr. Hyams – is known worldwide for pioneering this kind of research.

That’s exactly what Heidi discovered when she started her search, and discovered a video featuring Dr. Hyams and a patient. She liked what she saw, and started asking around. She spent hours online doing research. At one point, later in Finn’s health journey, she even met with a pediatric gastroenterologist in Boston to weigh her options. She talked to friends and neighbors, and then to their friends and neighbors. 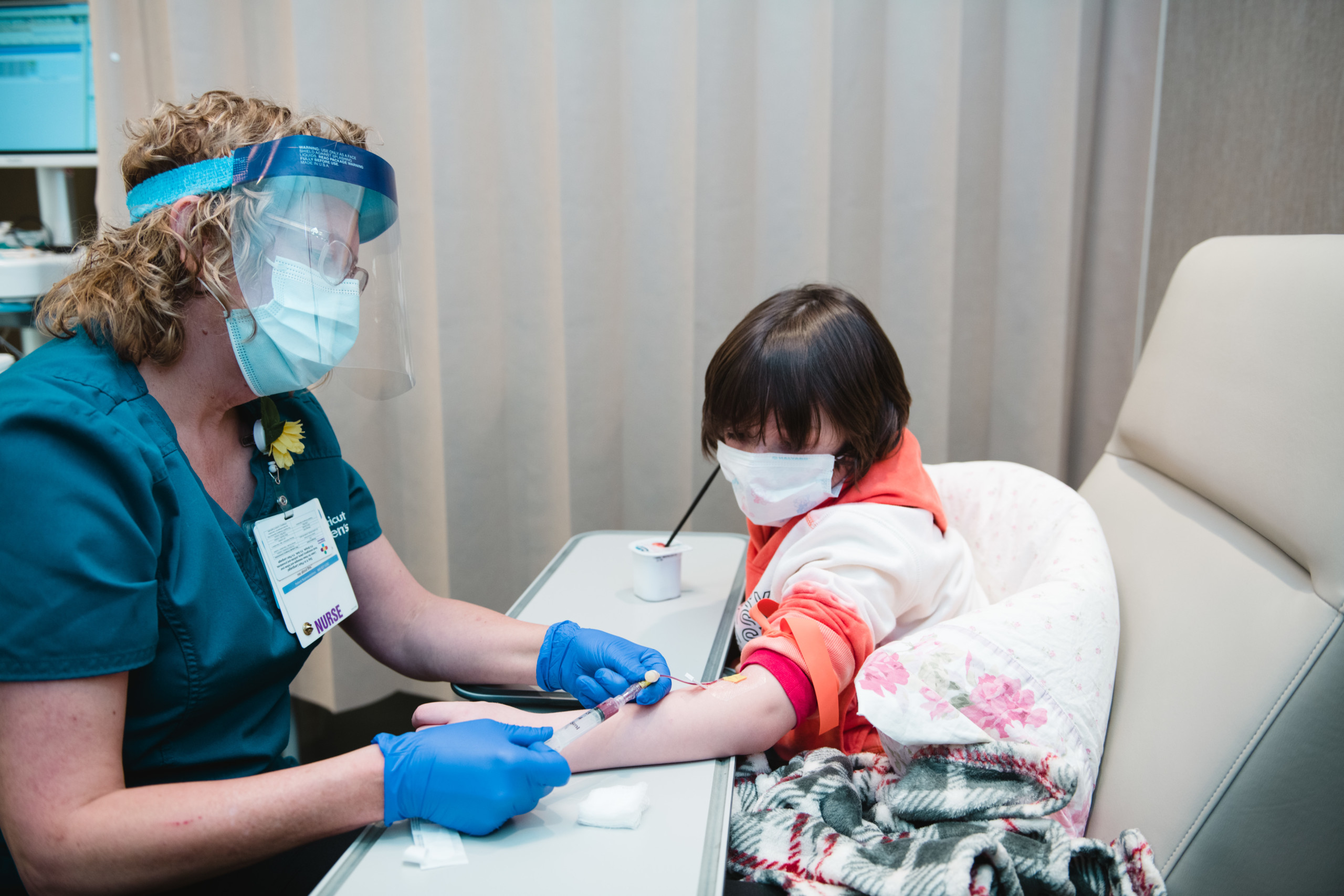 In the end, she and Declan decided to turn Finn’s care entirely over to Connecticut Children’s nationally-ranked Division of Gastroenterology. Everyone – including the Boston specialist – wound up telling her the same thing: “You’re in the best of care.”

And as the state’s only health system 100% dedicated to kids, it was also convenient. The first sign? “We didn’t have to wait for an appointment,” Heidi says.

At Finn’s previous hospital, Heidi often had the nagging feeling that his doctors didn’t have a plan, only guesses. But from the beginning at Connecticut Children’s, she says, “Dr. Hyams had a plan.”

That involved a change to his medication, which is delivered intravenously. Happily, Connecticut Children’s Infusion Center – the largest of its kind between Boston and Philadelphia – was designed especially for kids. Finn’s treatments, which now occur every six weeks, take place under canopies of digital trees. If he wants, he can create his own avatar to connect virtually with other patients. It’s an adventure and community all at once. During remote learning, he proudly gave an impromptu Zoom tour to his classmates. 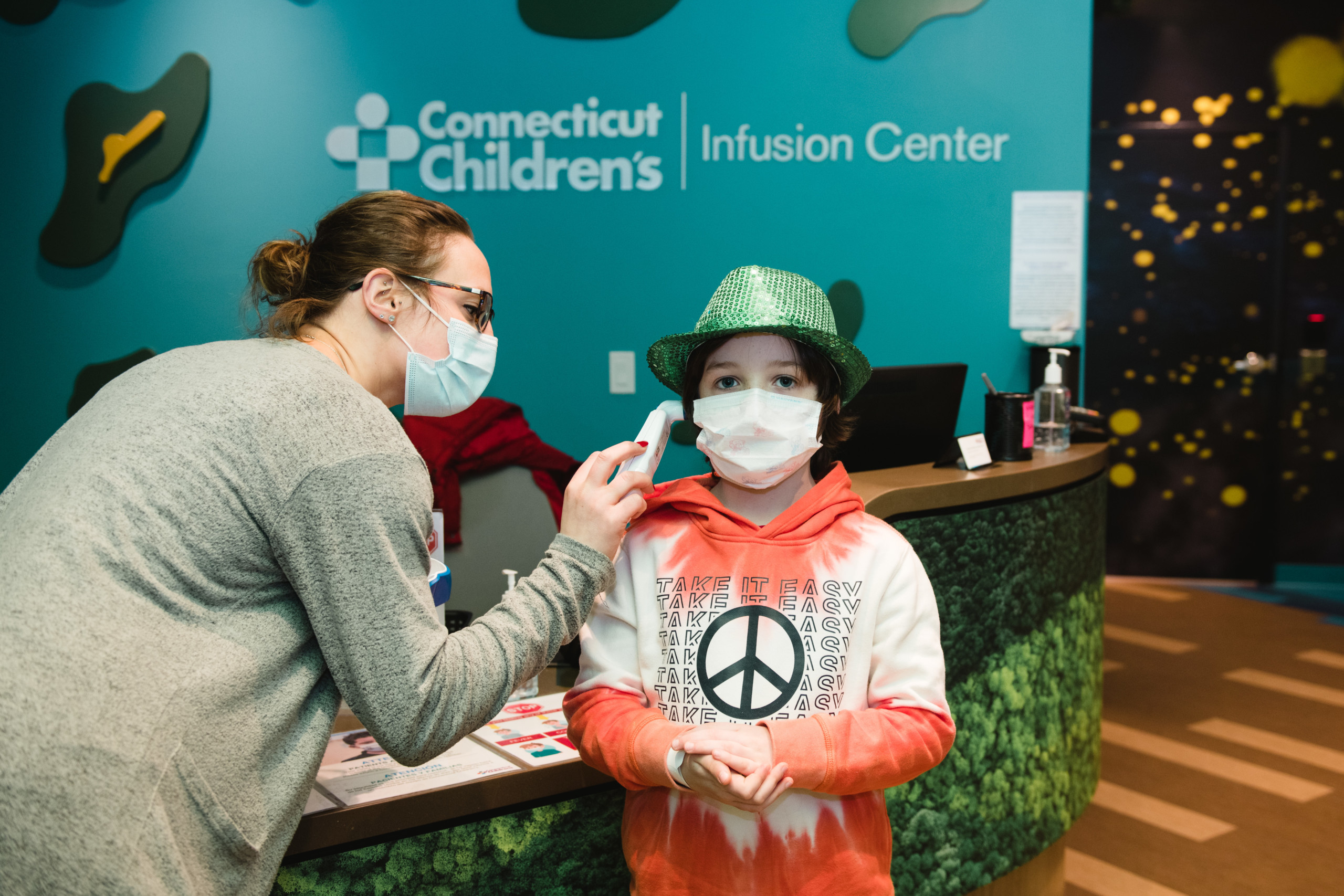 Connecticut Children’s has locations throughout the state – an added convenience for Finn’s family, who live in Stratford and see Dr. Hyams at our Fairfield specialty care center between infusion treatments. Video Visits are also available in 30-plus specialties (including gastroenterology), and Heidi and Declan can direct message with Finn’s care team through the MyChart app.

“At Connecticut Children’s, I like how I’m never left in the dark,” says Heidi. When she needs anything, whether to reschedule an appointment or get a form for Finn’s school, “there’s never a delay. I never have to phone back. Everyone calls to make sure we’re all set.”

“I can’t think of a better feeling” 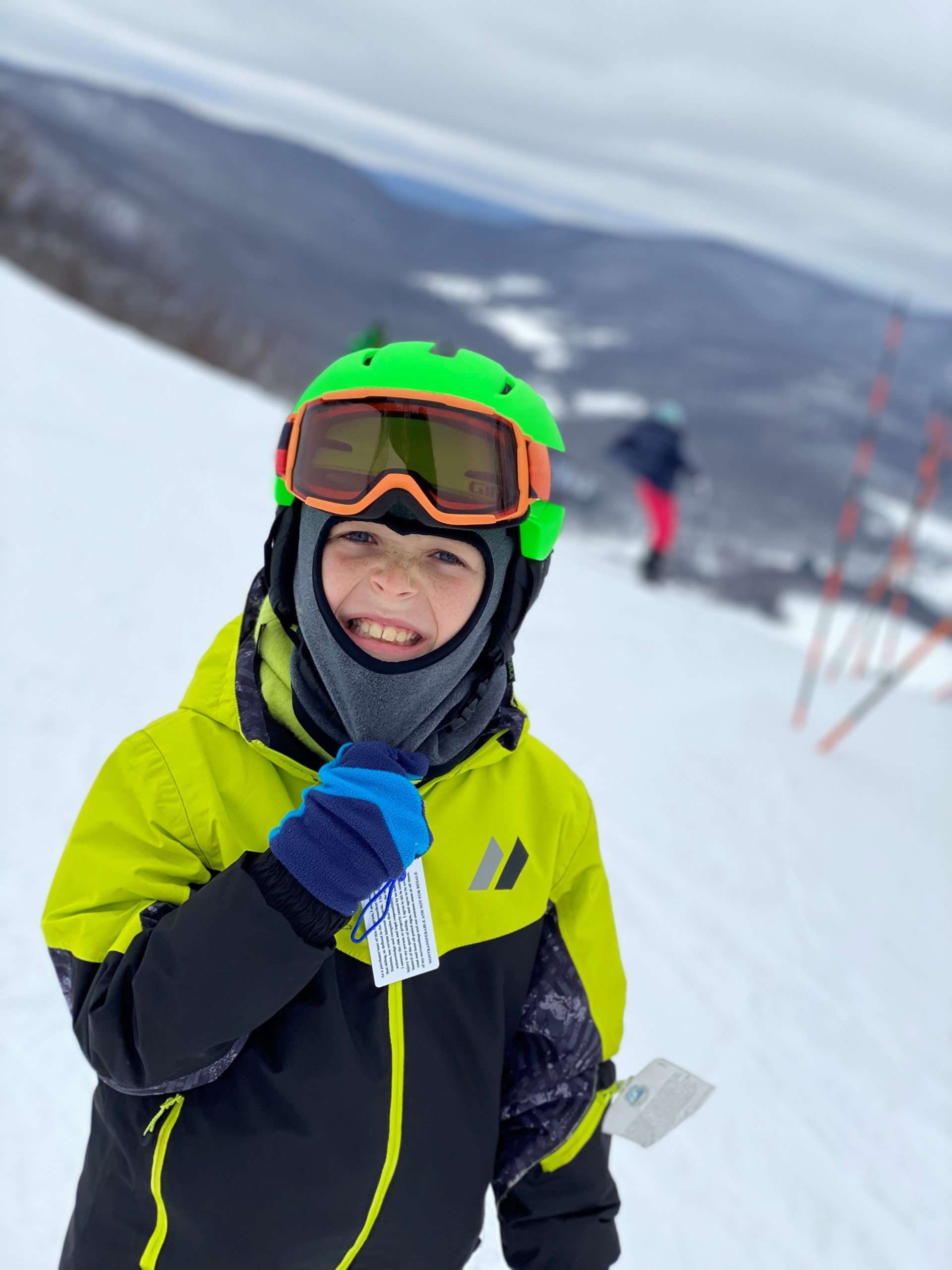 Under Dr. Hyams’ care, the new medication is working. After a year and a half of languishing, Finn is thriving.

As he nears the end of third grade, Finn is bright and engaging, a steady source of silly faces and sweet observations. He’s quick and curious, and in the grand tradition of 8-year-olds everywhere, always ready to clown around. From rollerblading to kayaking to skateboarding, he also has a knack for making the world his playground. He’s been known to ride his scooter into doctor’s appointments.

This year, Heidi and Declan got Finn skis for Christmas. “I wanted to start him two years ago but he was so sick and weak,” says Heidi. “This year he was finally well enough.” At the end of the season, Finn told her, “Mom, I was born to ski.” This summer, he’s going to sleepaway camp to learn how to sail.

“When I met Finn, he was very sick,” says Dr. Hyams. “Now, he’s healthy and active. I see pictures of him skateboarding and skiing, and I can’t think of a better feeling as his doctor.”