When Tropical Storm Isaias hit Connecticut this past August, it toppled trees and knocked out power across the state. It also hit the campground where Keilany Palma and her parents, siblings and grandmother were celebrating her 12th birthday.

Keilany’s actual birthday had been in April, but because of coronavirus, her family couldn’t throw a party. When the weather warmed, they decided to go camping in Keilany’s honor instead. It was supposed to be a safe activity during the pandemic.

On Aug. 4, when the rain and wind picked up, the family took shelter in a common hall and in their car. Once the storm had passed, they returned to their campsite to relax. Keilany and her older brother, Yechiel, went into the tent they were sharing.

“I had headphones on, so I couldn’t hear anything,” says Keilany. “That’s when the tree fell.”

> Related: Get care from home! Schedule a Video Visit in 30+ specialties

“I told her everything was okay” 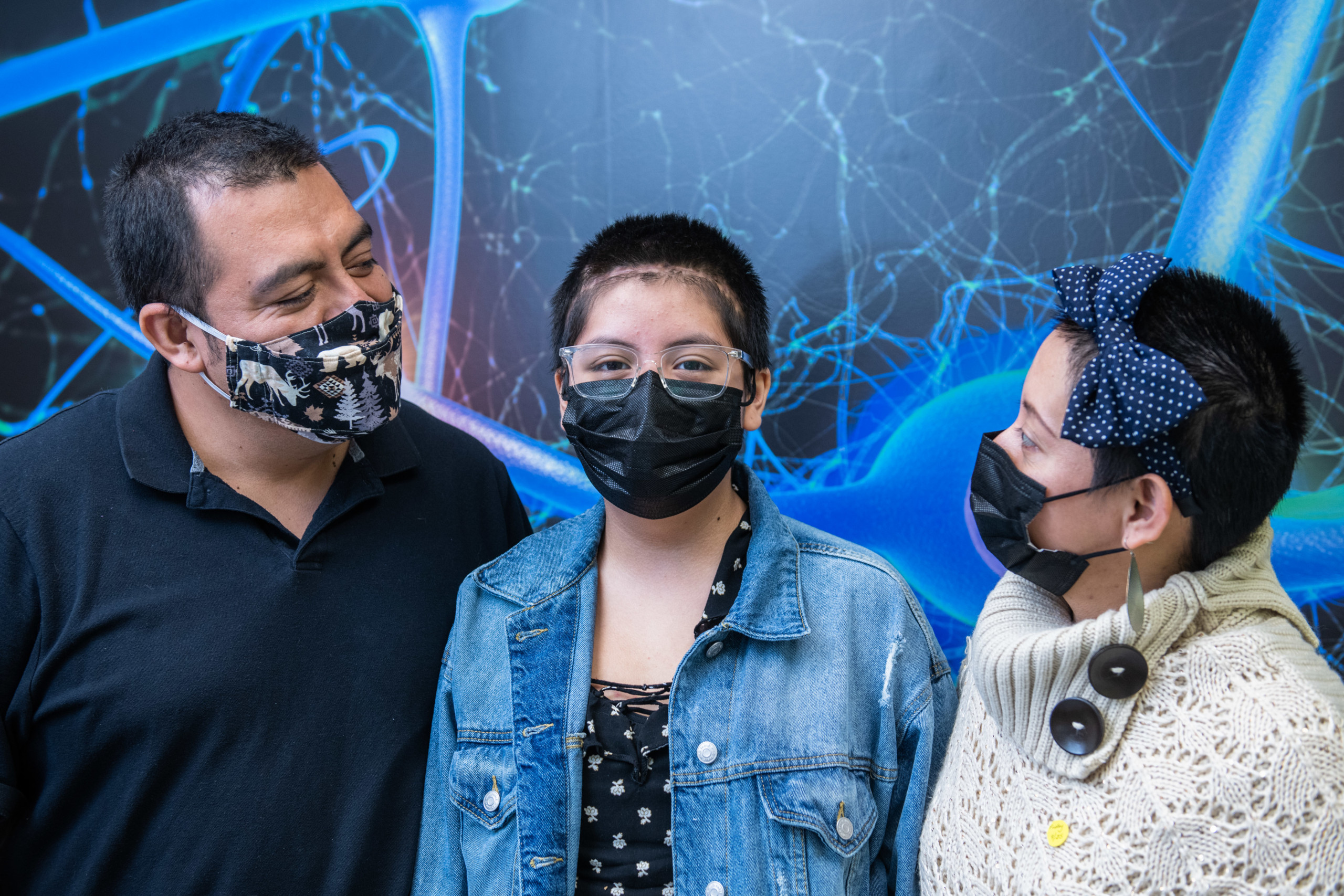 Yechiel was unharmed. But a massive branch came down directly on Keilany, knocking her unconscious and pinning her beneath it.

From their own tent, parents Nataly and Gilberto heard the sound. Gilberto got there first. He helped Yechiel out and told him to call 911. Then he crouched in the tent with Keilany, wedging his body under the tree and lifting with his back to keep the weight off of her. He stayed like that, holding up the tree, until help arrived. He’s not sure how long it took. “I just remember holding my daughter’s head in my hands and telling her everything was okay,” Gilberto says.

Finally, someone brought a chainsaw to remove the tree, and Keilany was taken by ambulance to a nearby community hospital. When a CT scan showed a traumatic brain injury, she was rushed to Connecticut Children’s.

By then, it was night. A team of Connecticut Children’s Neurosurgery and Critical Care specialists were waiting.

“We had a lot of people behind us”

“As a parent, you’re in a panic and don’t know what to do,” says Gilberto. “We thank God we had Connecticut Children’s doctors around us.”

Jonathan Martin, MD, FAANS, head of Connecticut Children’s Division of Neurosurgery, determined that Keilany needed emergency surgery to relieve the swelling in her brain. Nataly and Gilberto were terrified. But Dr. Martin reassured them.

“He put my mind at ease,” says Nataly. “We want to thank Dr. Martin – for his wisdom and for having studied science. He’s like an angel to us.” 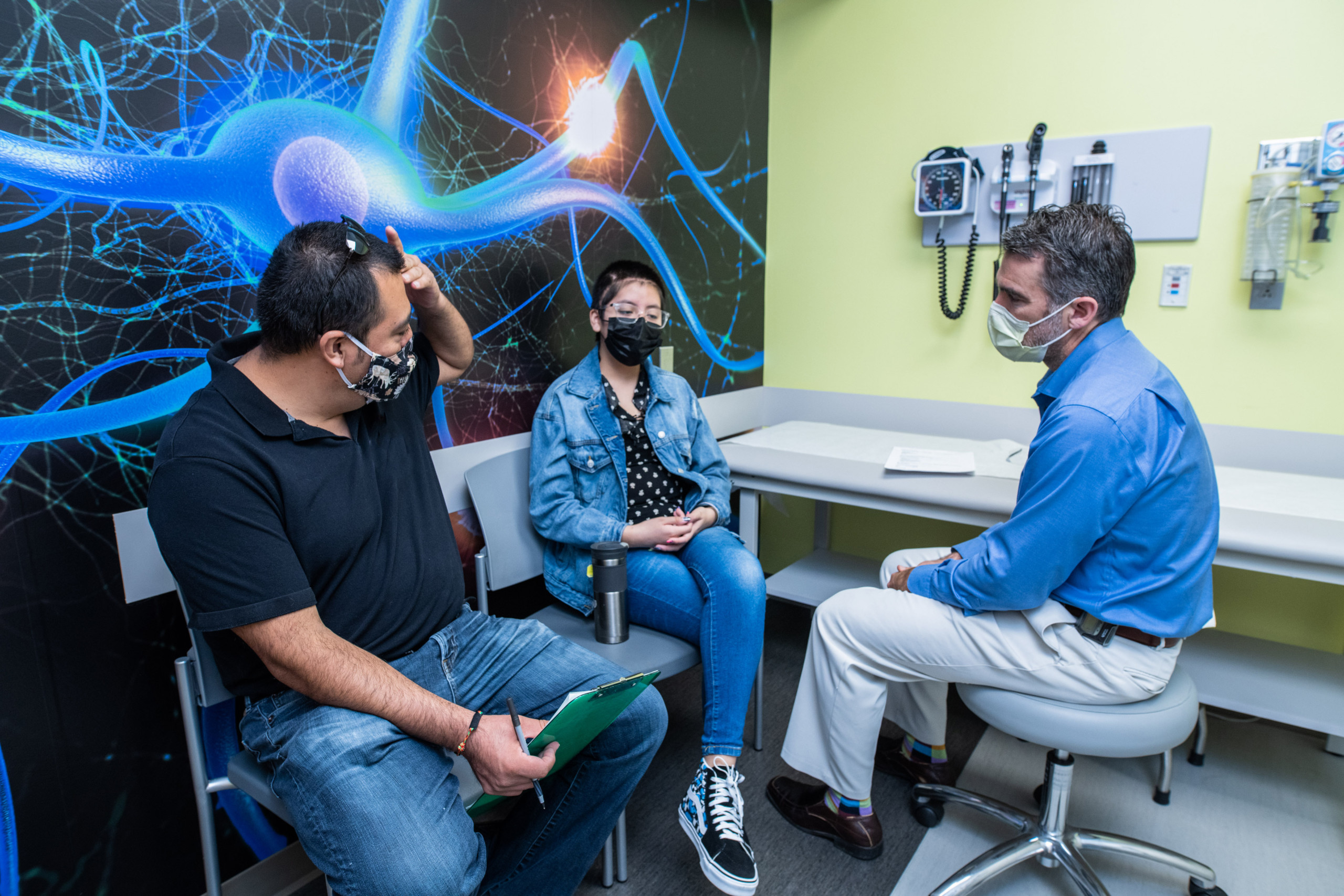 The surgery went perfectly, and Keilany began the long road to recovery that follows a traumatic brain injury. Nurse Steven Nalewajk kept her spirits up during her stay in the pediatric intensive care unit, sharing that when he was Keilany’s age, he’d come to Connecticut Children’s for a similar experience.

“He knew what I felt, and was there to help with whatever I needed,” says Keilany. “He told me, ‘It’s okay, it’ll get better. See me? I’m perfectly fine, and someday you’ll be too.’ It was motivation.”

Keilany’s complex recovery was coordinated by the Pediatric Hospital Medicine team, doctors who specialize in the unique needs of a hospitalized child and their family. The team, led by division head Anand Sekaran, MD, was at Keilany’s bedside throughout her weeks of recovery, ensuring she and her family always had access to the answers and support they needed. They partnered with the Neurosurgery team to oversee Keilany’s treatment, coordinating care from numerous Connecticut Children’s specialties into an integrated plan.

“We had a lot of people behind us,” says Gilberto.

> Related: Message with Connecticut Children’s doctors from your phone with the MyChart app

Eventually, Keilany was strong enough to move to a regular room in the hospital. Her pain lessened, and with the support of Connecticut Children’s pediatric specialists, she steadily regained her strength, balance and motor skills. She started to feel more like herself.

“I’m a chatterbox,” she laughs. “I have a lot of stories to tell. The nurses were very fun, and always there to listen.” One nurse, Alma, was a special comfort. “She stayed with me a lot,” says Keilany. “She was like a grandma to me.”

The family’s faith was a constant source of strength too. Friends and family sent prayers and care packages. Connecticut Children’s arranged for a priest to visit Keilany in her room. “It was a sign of hope that I would get out of hospital soon,” she says.

When Keilany left the hospital, she was walking well, speaking clearly and eager to return to school – she’s in seventh grade at Saint Martin de Porres Academy in New Haven. She no longer suffers from headaches or neck pain. 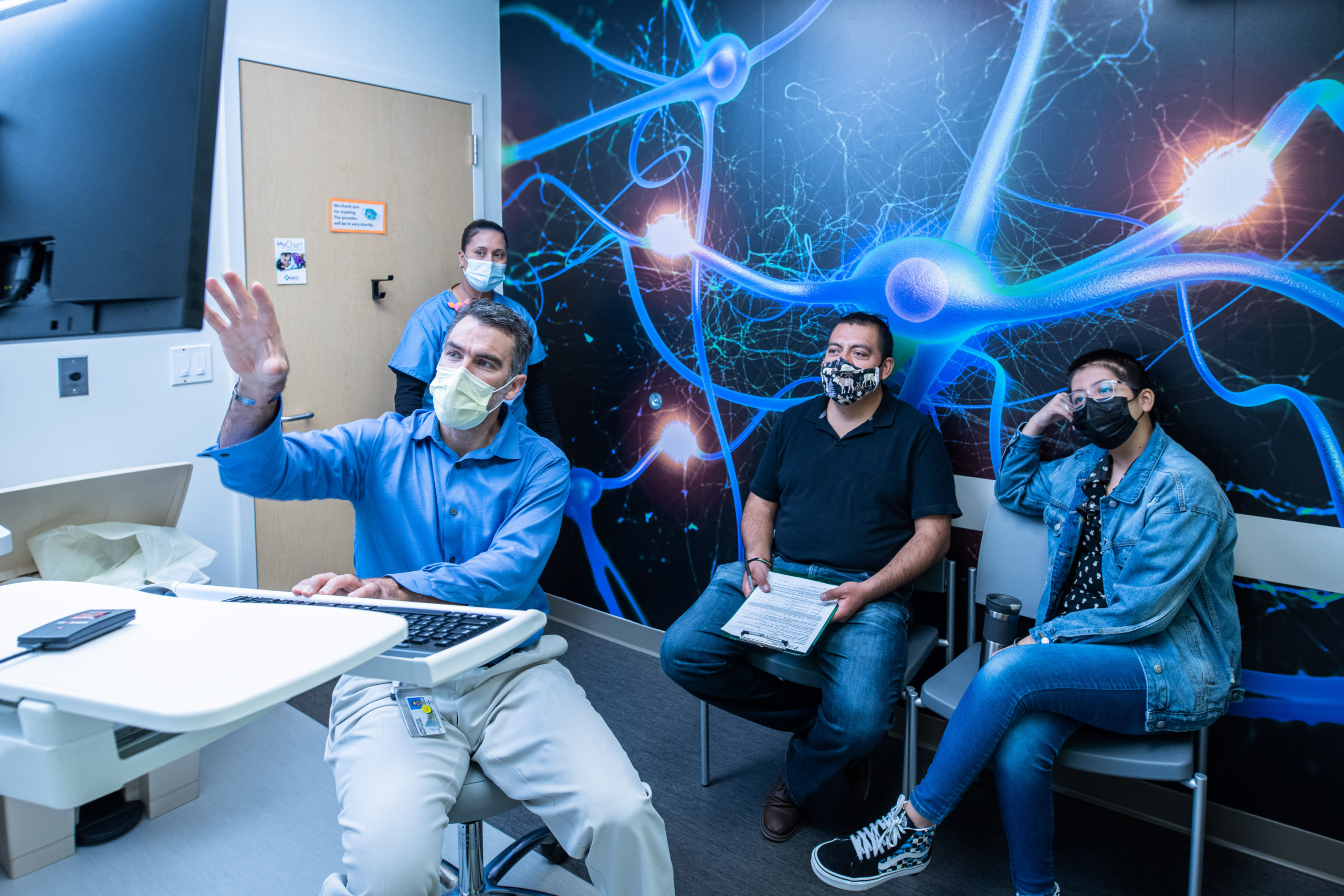 Pandemic aside, Keilany’s ready to return to her many hobbies, from basketball to swimming to lacrosse, alto sax to violin to viola, Harry Potter to Percy Jackson. Just a few months after her life-threatening injury, she’s come through the storm.

“We want to thank all the Connecticut Children’s physicians, doctors and nurses,” says Nataly. “They saved our daughter’s life.”