One day, when Danny Sullivan was 8 years old, he began to feel very tired. Everyone thought it was allergies, maybe, or a growth spurt. He’d always been a healthy kid, with nothing more than the occasional cold. But this time, it got worse. Suddenly, he could barely stand up. His father had to carry him into Connecticut Children’s Emergency Department (ED).

Danny was diagnosed with T-cell acute lymphoblastic leukemia (ALL) leukemia. By the time he arrived at Connecticut Children’s, the cancer was already spreading to his brain, and led to intracranial bleeding. To relieve the pressure, Connecticut Children’s pediatric neurosurgeons rushed him into surgery. They removed almost half of Danny’s skull.

“He was in a coma for about two months,” says mom Kiley. “We weren’t sure what his path was going to be.”

“They kept us informed the whole time”

The entire Sullivan family lived much of their lives there with him. Kiley slept most nights next to Danny’s bed. Older sister Delaney, then 11, remembers hanging out with the nurses while she did her homework, and being comforted by the Child Life specialists.

“Connecticut Children’s is not just a hospital to us, it’s a second home,” says Kiley. “It’s somewhere that we come and feel comfortable and feel nurtured and taken care of.” 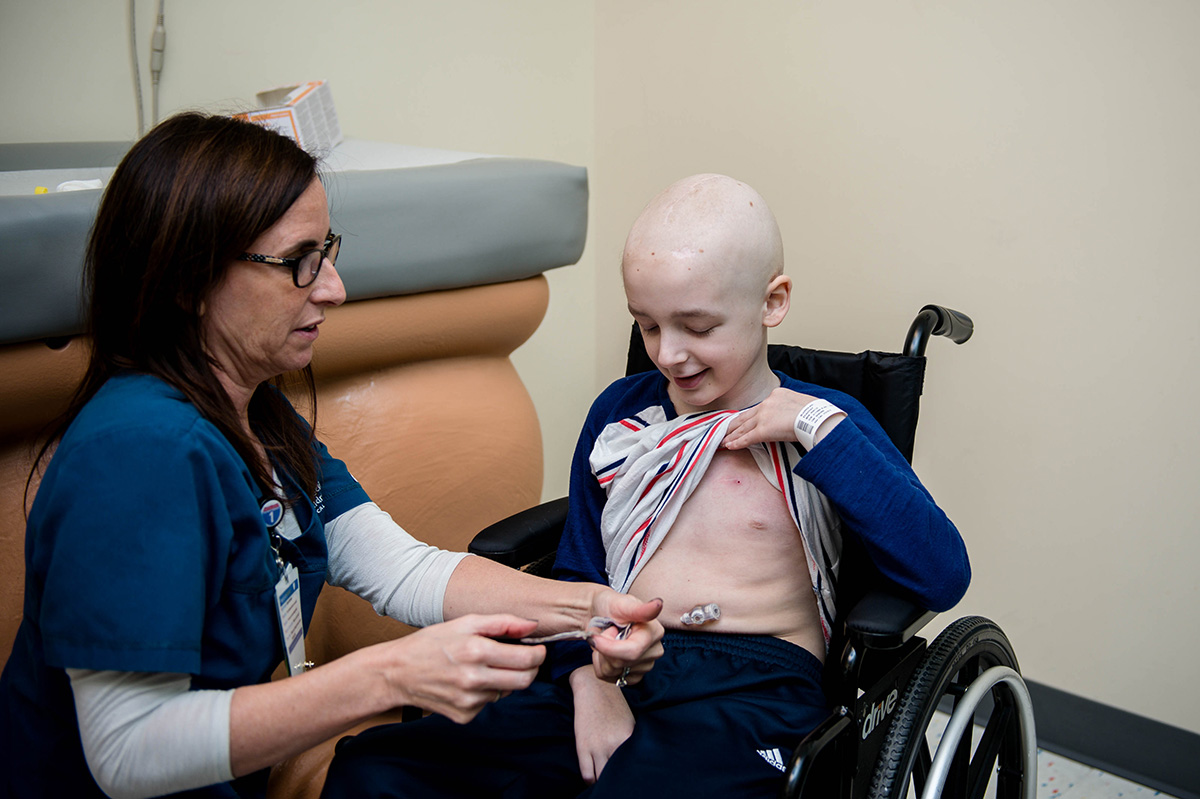 The neurosurgery team, including Paul Kanev, MD, (since retired), Markus J. Bookland, MD, and current division head Jonathan Martin, MD, FAANS, were always close at hand, intervening when new neurosurgical concerns appeared, and later, to repair the portion of Danny’s skull that had been removed. Over the course of five months, Danny required more than a dozen different types of surgeries. Five of them were on his brain.

“It was a tough time for all of us,” says dad Patrick. “But the team at Connecticut Children’s was fantastic. They kept us informed the whole time. We felt safe with them.”

“It was amazing to see how the team worked together”

As an integrated health system, all of Connecticut Children’s pediatric experts – from more than 30 specialties, if needed – work together to coordinate a child’s care. And Danny had a huge care team by his side.

“It was amazing to see how the team worked together,” says Kiley. “I was impressed with all the communication among the different specialties.”

In addition to neurosurgery and oncology, this included pediatric specialists in infectious diseases, who stepped in to fight fevers or infections, and sedation, who oversaw the many times Danny needed to be put under anesthesia for brain scans or lumbar punctures. “The Sedation Services team are our heroes,” says Kiley. “They made anesthesiology a comfortable experience for Danny.” 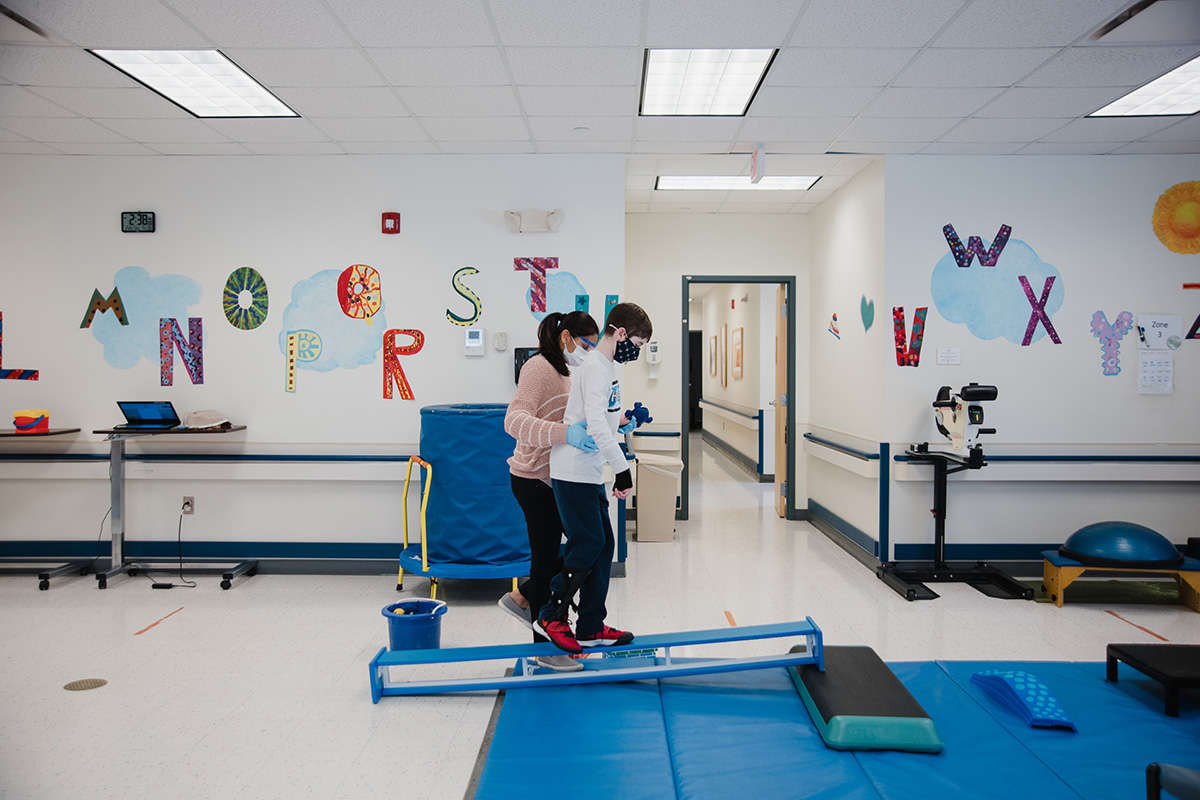 When he was strong enough, it also included specialists who helped him regain his independence. At first, he couldn’t talk, walk or even sit up. The intracranial hemorrhage had caused damage similar to stroke, limiting movement on the right side of his body.

“He just started working really hard,” says Kiley. “We worked with occupational therapy, physical therapy, speech therapy. They were all total champions and pushed him when he needed it, even when it was really hard to do.” 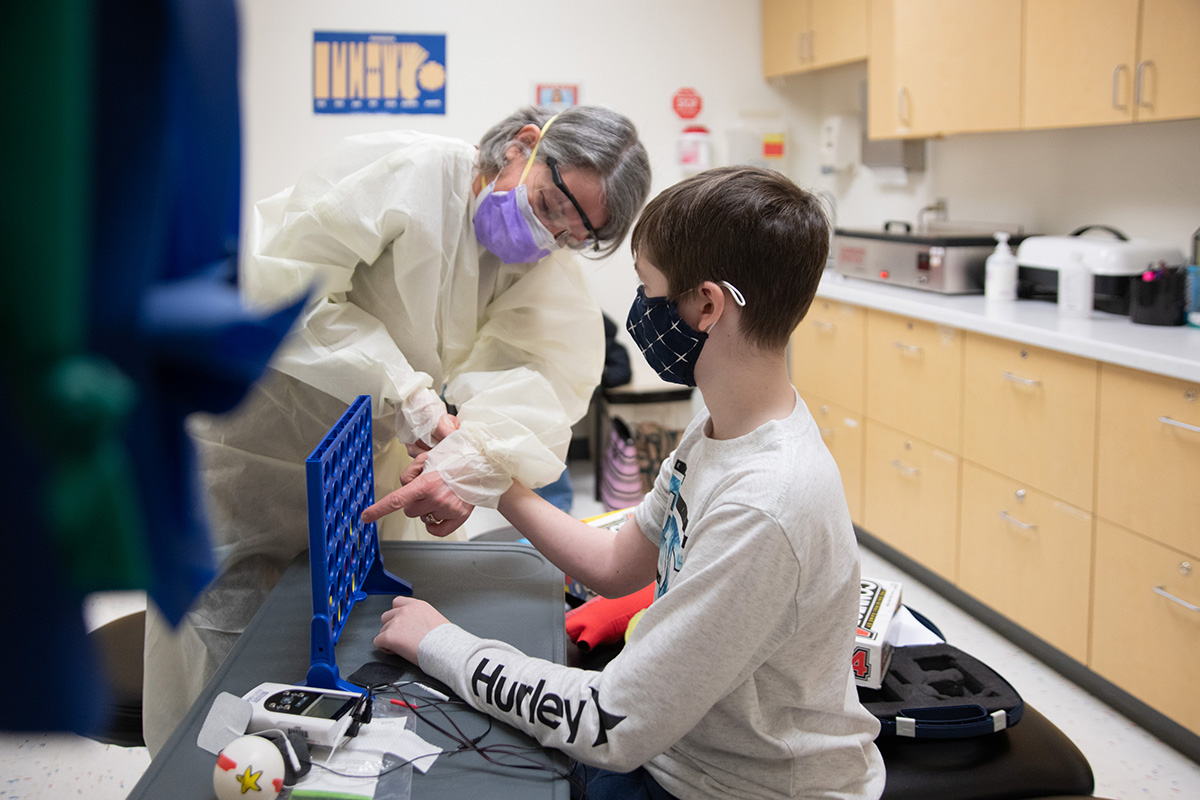 Little by little, Danny reclaimed his health, and his old self. He started joking with his sister. He relearned how to talk and walk, and then how to read and write. He went home from the hospital with a big sendoff. His bone marrow biopsy came back negative for leukemia, and stayed that way. He’s been in remission for four years.

“We thank God every day that we came to Connecticut Children’s,” says Patrick. “We wouldn’t be here today without them.”

> Related: Get care from home! Video Visits are available in 30+ specialties

“You always get back up”

“My brother always faces challenges with a positive light. And he’s very strong about it,” says Delaney. “He’s someone I will forever look up to because of it.”

Now 12 years old, Danny has returned to parts of life that, for a long time, seemed out of reach. He and Delaney take the family dogs for walks, and have ‘80s movie nights in the basement (“Back to the Future” and “The Breakfast Club” are two favorites). He builds elaborate LEGO models, hangs out with friends, and loves all things Avengers. He’ll enter the seventh grade this fall. He has a perspective on life that goes far beyond the experiences of most seventh graders, and most adults too. But in other ways, he hasn’t changed a bit. 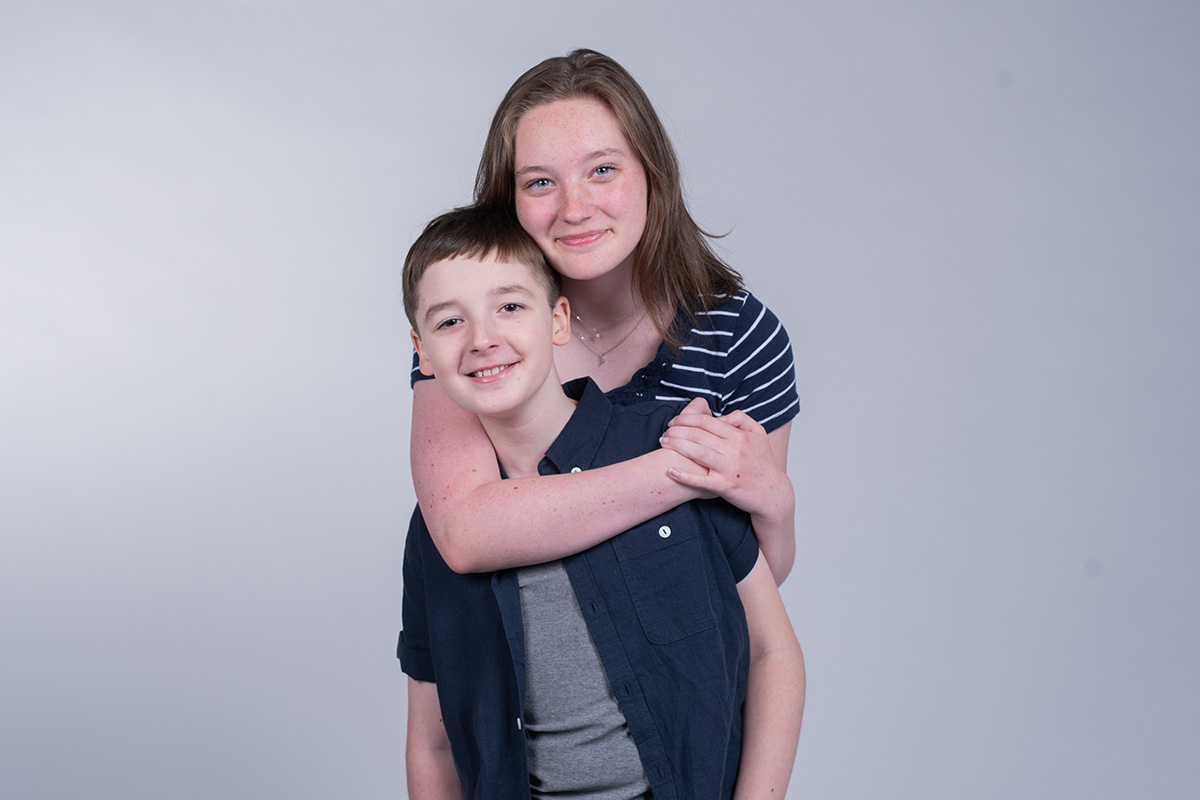 “His personality hasn’t changed since the day he was diagnosed,” says Patrick. “He is the same happy-go-lucky kid, quick with a joke or to make you laugh. That’s Danny.”

He still sees Connecticut Children’s occupational, physical and speech specialists to strengthen his right leg and regain some use of his right hand. After missing three years of school, he has ground to make up there, too. His hard work isn’t over. He’s OK with that.

Through every challenge, he’s remained true to himself: a thoughtful, sweet kid who knows exactly how strong he is.

“If you’re already down,” says Danny, “you always get back up.”